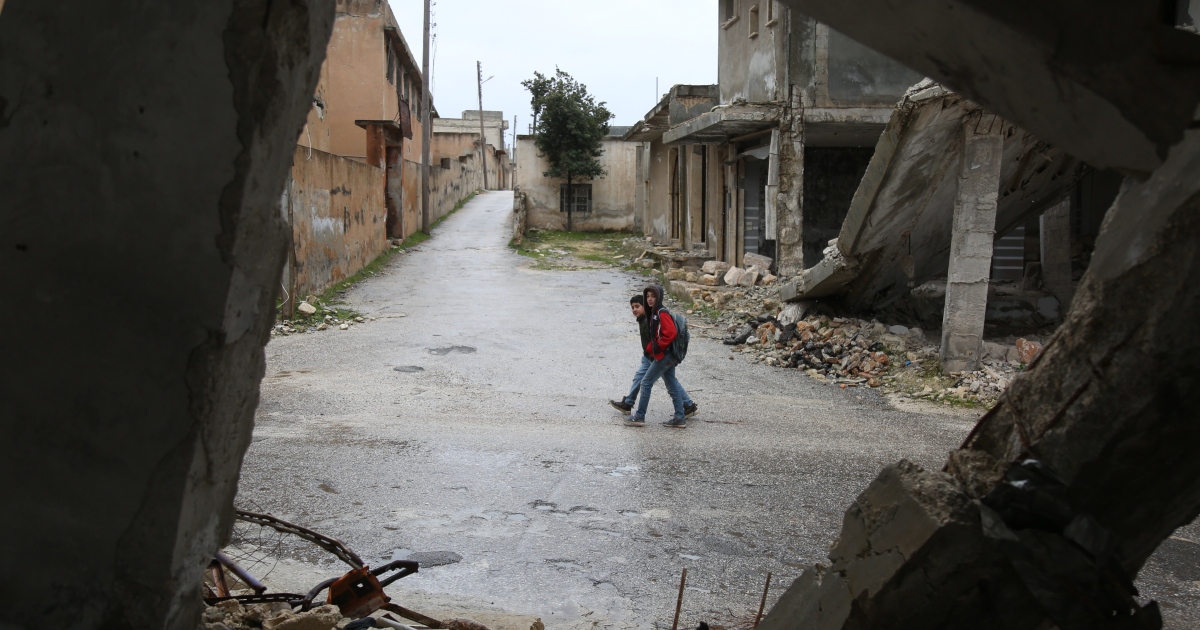 Iran walks a diplomatic tightrope as Turkey warns to launch a military operation against Kurdish forces in Syria – a key Tehran ally.

Iran has upped its diplomatic efforts amid a warning from Turkey to launch a new military operation in Syria – a close regional ally of Tehran – against Kurdish rebels.

In the past few months, Turkish President Recep Tayyip Erdogan has said as soon as military and security preparations are over, Ankara will target “terrorist” Kurdish armed groups in at least two Syrian cities close to the Turkish border – Tal Rifaat and Manbij.

Erdogan wants to establish a 30km (18 miles) “safe zone” and combat the US-backed armed group People’s Protection Units (YPG), which Ankara considers a “terrorist” group. Ankara says YPG is linked to the Kurdistan Workers’ Party (PKK), which has waged a bloody armed campaign against the Turkish government for decades. PKK is dubbed a “terrorist” group by Turkey as well as the United States and the European Union.

The arming by the US of the Syrian Democratic Forces (SDF), having links to the YPG, has frayed relations between Ankara and Washington. The SDF was at the forefront in the fight against ISIL (ISIS).

Iran opposes the planned Turkish move, as along with Russia it is the biggest military backer of the government of Syrian President Bashar al-Assad.

Iran has been following a “balanced” foreign policy as part of President Ebrahim Raisi’s plans to expand ties with Turkey amid its push for regional diplomacy.

“We understand Turkey’s security concerns and talks about the possibility of a special operation in parts of Syrian soil,” Amirabdollahian told reporters in a joint news conference with Cavusoglu, which prompted speculation that Iran will not oppose a Turkish operation in northern Syria.

But on a trip to Damascus on Saturday, Amirabdollahian told al-Assad that Tehran opposes a military solution, and believes only dialogue can resolve the situation. Iran will try to mediate to help resolve “misunderstandings” between Syria and Turkey, he said.

The US has also opposed the planned military operation – which would build on territorial gains during several other incursions since 2016 – as it fears it could undermine regional stability.

Meanwhile, the SDF has warned that such an operation would undermine efforts to combat ISIL fighters in northeastern Syria and they would resist it in cooperation with the Syrian army.

The issue of the Kurdish fighters was also a major sticking point in Erdogan’s opposition to a bid by Finland and Sweden to join NATO amid Russia’s invasion of Ukraine.

Turkey dropped its opposition only last week after the Nordic countries agreed to stop supporting Kurdish armed groups, and extradite dozens of individuals that Turkey considers “terrorists”. Erdogan has said their membership bids will not be ratified by the Turkish parliament unless they implement their promises.

As anti-immigrant sentiments rise in Turkey amid new arrivals from Syria, the fight against Kurdish forces has a component related to refugees as well, as Erdogan hopes to resettle many refugees in Syria close to its border.

The impending Turkish military operation comes in the backdrop of next year’s general elections. Erdogan will seek re-election amid economic hardships, energy concerns, anti-immigrant sentiment and rising violence against women.

According to Vali Golmohammadi, assistant professor of international relations at Tarbiat Modares University in Tehran, Erdogan has in the past decade leveraged foreign policy issues to attract voters ahead of elections.

“Especially in the past five years, one of Erdogan’s policies has been to internalise Turkey’s security issues concerning Kurds in northern Syria and Iraq in order to gain the vote of Turkish nationalists,” he told Al Jazeera, adding that Erdogan’s ally, the nationalist MHP party, holds a considerable share of seats in parliament.

Goldmohammadi said in Turkey’s latest push against Kurdish fighters, Iran has found itself in a “circle of unwanted tensions” and prefers to avoid a clash with Ankara.

“Perhaps Amirabdollahian’s trip to Ankara was significant in that it could help identify sensitivities in bilateral relations that Turkey’s possible operation in Syria could entail so an unwanted military clash can be prevented,” he said.

“This trip was mostly about conflict management rather than conflict resolution.”

At the same time, however, unconfirmed reports have indicated that Tehran has been talking to its Syrian and non-Syrian allies for a possible military mobilisation in and around Aleppo – which is close to Tal Rifaat, the main target of a potential Turkish operation.

On the other hand, Tehran wants to avoid tensions with Ankara where possible as it aims to boost bilateral relations.

During his trip to Ankara, Amirabdollahian proposed Tehran’s offers for clinching a decades-long cooperation roadmap, a document that was initially supposed to be signed during a planned Erdogan visit to Tehran in November 2021, but never materialised.

Iran and Turkey are already major trade partners, and Iranians provide a boost to Turkey’s tourism and housing sectors as they enjoy visa-free travel and have become top property purchasers in recent years. The bilateral trade reached a low of $1bn in 2020 due to international sanctions on Iran in the wake of Washington walking out of the nuclear deal in 2018. By the end of 2021, it rebounded to $5.5bn.

But the two countries’ trade volume is a far cry from previous highs of $21bn in 2012, as Iran’s oil and gas exports have significantly dwindled due to US sanctions and production limits, issues that Tehran wants to remedy as it seeks to bolster regional ties despite Western pressures.

However, this is complicated by Turkey’s efforts to boost ties with some of Iran’s main regional rivals.

Yair Lapid, who took over as Israel’s caretaker prime minister, was in Turkey last week amid new efforts to normalise ties. The visit also came at a time when Turkey said it foiled an alleged Iranian plot to kill Israelis in Istanbul, something Tehran has dismissed as “ridiculous”.

In dire need of investments to help its vulnerable economy, Turkey has also recently hosted the leaders of Iranian rivals Saudi Arabia and the United Arab Emirates.

The countries that Turkey is normalising with will hope to see Ankara take a harder position against Iran and assume a security provider role amid expectations of less US regional presence in the future, according to Yusuf Erim, Turkey affairs analyst and TRT World’s editor-at-large.

Iran, he said, would want to keep Turkey neutral and utilise areas of bilateral interest and diplomatic instruments at its disposal to achieve this.

“So, I definitely expect to see more understanding and compromise from Iran towards Turkey, especially in areas that are major national security concerns for Ankara like Iraq and Syria,” Erim said.

“Turkey wants a bigger role and more influence in the region. If Iran doesn’t create this space, there will be a clash of interests that Iran’s regional rivals will surely take advantage of to draw Turkey closer to them.”

In this vein, he believes Amirabdollahian’s comments in Ankara signalled that Iran might to a degree tolerate a new Turkish military operation against the Kurds, but will want to limit its scope through dialogue, something that could also open up an opportunity for Iran to convince the YPG to move closer to the government led by al-Assad.

“A scenario where Iran could get the Turks to limit the scope of a military operation while pushing the YPG closer to Damascus would be a big win for Tehran and the Assad regime,” Erim said.

He added that while increased Turkish presence in northern Syria may not be what Tehran and Damascus want, they could leverage it into gains elsewhere.

“Disbanding and absorbing the YPG into the regime army and moving their units away from the Turkish border would also have the added benefit of easing Ankara’s future security concerns.”