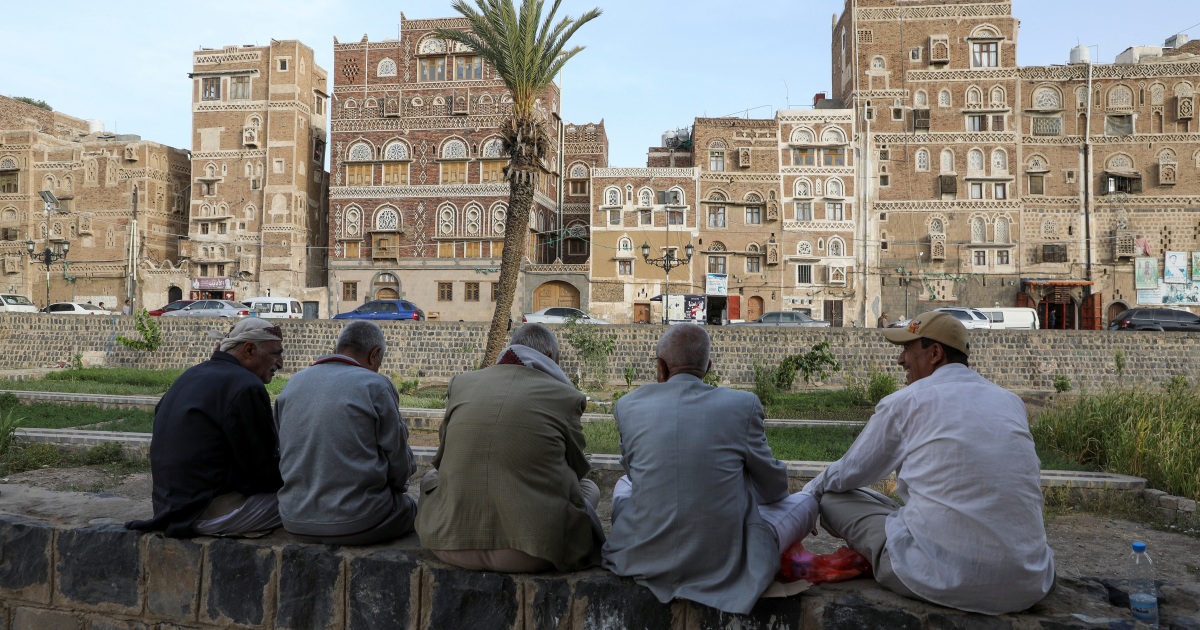 Yemen will be on the agenda during the US president’s visit to Jeddah, but Yemeni politicians are not invited.

With a country so divided by war, it is perhaps not surprising that the Yemeni reaction to United States President Joe Biden’s trip to Saudi Arabia, an active participant in the war in Yemen, is not monolithic.

Biden assumed power in January last year, and in his first foreign policy speech emphasised that the conflict in Yemen had to end. He declared that US offensive support for Saudi military operations in Yemen would stop, appearing to shift the US’s position on the Saudi role in the country, after years of support under former President Donald Trump.

The Saudi-led coalition has backed the internationally recognised Yemeni government militarily since March 2015 in its war against the Iran-allied Houthi rebels, who control the capital, Sanaa.

Although critics still say that the US is actively supporting the Saudi-led coalition, a truce has largely held in Yemen since April, with no Saudi air attacks reported.

Ezaddin Mahdi, a 23-year-old university student in Sanaa, told Al Jazeera that he was hopeful about the outcomes of Biden’s Saudi trip.

“The end of the war in Yemen requires a resolute American decision,” Mahdi said. “When Washington decides to stop the conflict, it can do that.”

Mahdi attributed his faith in Washington’s role to the US’s leverage in the Middle East.

“I think the US has the military, economic and political power to end the war in Yemen,” Mahdi said. “Saudi Arabia would not opt for fighting without the go-ahead from the US. As for the Houthis in Yemen, the US can use different sanctions to bring them to reason. If sanctions cannot work, decisive military action may follow. This is how the US can stop the war in Yemen if it wants.”

Many in Yemen, where the Houthis and their supporters regularly attack the US at mass protests, disagree.

Ammar Saleh, a 32-year-old teacher in Sanaa, argues that Biden’s rapprochement with Saudi Arabia has frustrated human rights defenders in Yemen and beyond, who were hoping for more accountability.

“This trip will enhance the Saudi leadership’s morale and may encourage them to continue their violent military involvement in Yemen. Accordingly, I do not see any long-term benefit for Yemen from Biden’s visit to Saudi Arabia,” Saleh said.

The war in Yemen has now continued through three separate US presidencies, and continues to cause untold suffering in the country, which the United Nations calls the world’s worst humanitarian crisis.

Human rights organisations have criticised the Saudi Arabian role in that crisis, and the death of civilians in air attacks, but Riyadh insists that its presence in Yemen is in support of the country’s legitimate government, and to stop Iranian expansion on its southern border.

The continuation of the war has made many Yemenis pessimistic about Biden’s chances of bringing peace.

“No power can end this dilemma overnight after seven years of bloodshed and fragmentation. Neither Biden nor [Mohammed] bin Salman can establish peace here. It will take time to remedy what the war has destroyed,” Fawaz Ahmed, a 35-year-old from Aden, told Al Jazeera.

He added, “The conflict has ruined the social fabric in Yemen, spread hatred among different factions and deepened the foreign intervention. Therefore, I would be naive if I say Biden’s Saudi trip will repair these internal problems in Yemen.”

Biden’s focus on the economy

Biden’s visit to the kingdom was motivated by regional and international developments: the rising military power of Iran and its allies in the region and the Russia-Ukraine war, Khalil Muthana al-Omari, a Yemeni political analyst and editor-in-chief of Raialyemen news website, told Al Jazeera.

“The purpose of Biden’s Saudi tour is related to the economy,” Omari said. “It is about pushing Abu Dhabi and Riyadh to increase oil production to reduce dependence on Russian oil. Moreover, the trip intends to strengthen Washington’s position in the region, given China’s mounting military and economic threats.”

Despite Biden’s previous focus on Yemen, the new head of Yemen’s Presidential Leadership Council, Rashad al-Alimi, has not been invited to Saturday’s GCC+3 summit in Jeddah, which the US president will attend.

Al-Omari is doubtful that Biden’s visit to Saudi Arabia will lay the groundwork for lasting peace in Yemen but says it may help prolong the continuing truce.

“The Yemeni UN-recognised leadership was not invited to the summit,” said al-Omari. “This is a negative sign and suggests that the Yemen war is a marginal issue on the agenda of Biden’s tour.”