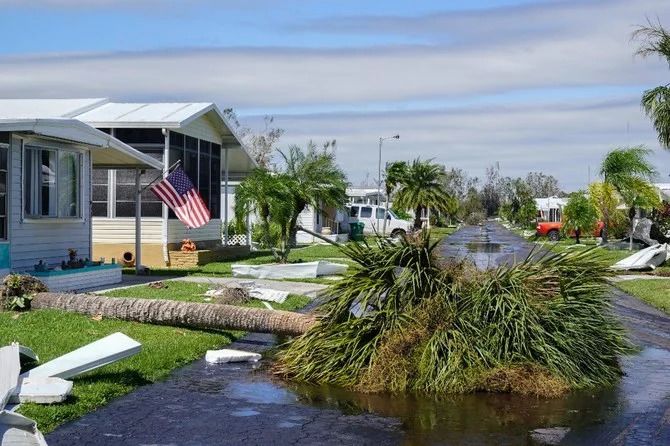 Princess Reema Bandar Al-Saud, Saudi Arabia’s Ambassador to the United States, spoke on Friday with Shafi bin Bijad Al-Otaibi, the Consul General in Houston, to check on the progress of the evacuation of Saudi citizens displaced by Hurricane Ian.
Princess Reema was briefed on the service and care provided to the Saudi citizens, state agency SPA reported.

The ambassador thanked the embassy and consulate staff for their efforts, and urged them to provide comfort to citizens until the crisis was over.

Hurricane Ian, one of the most powerful storms ever recorded in the US, swamped southwest Florida on Wednesday, flooding streets and buildings and leaving nearly 2 million homes and businesses without power.

US President Joe Biden said the hurricane may be responsible for “substantial loss of life” and could end up being the deadliest storm in Florida history.

The death toll had climbed to 12 by Thursday night, according to local reports.

Ian was downgraded to a tropical storm Thursday morning and is expected to approach the coast of South Carolina on Friday.
#Joe Biden