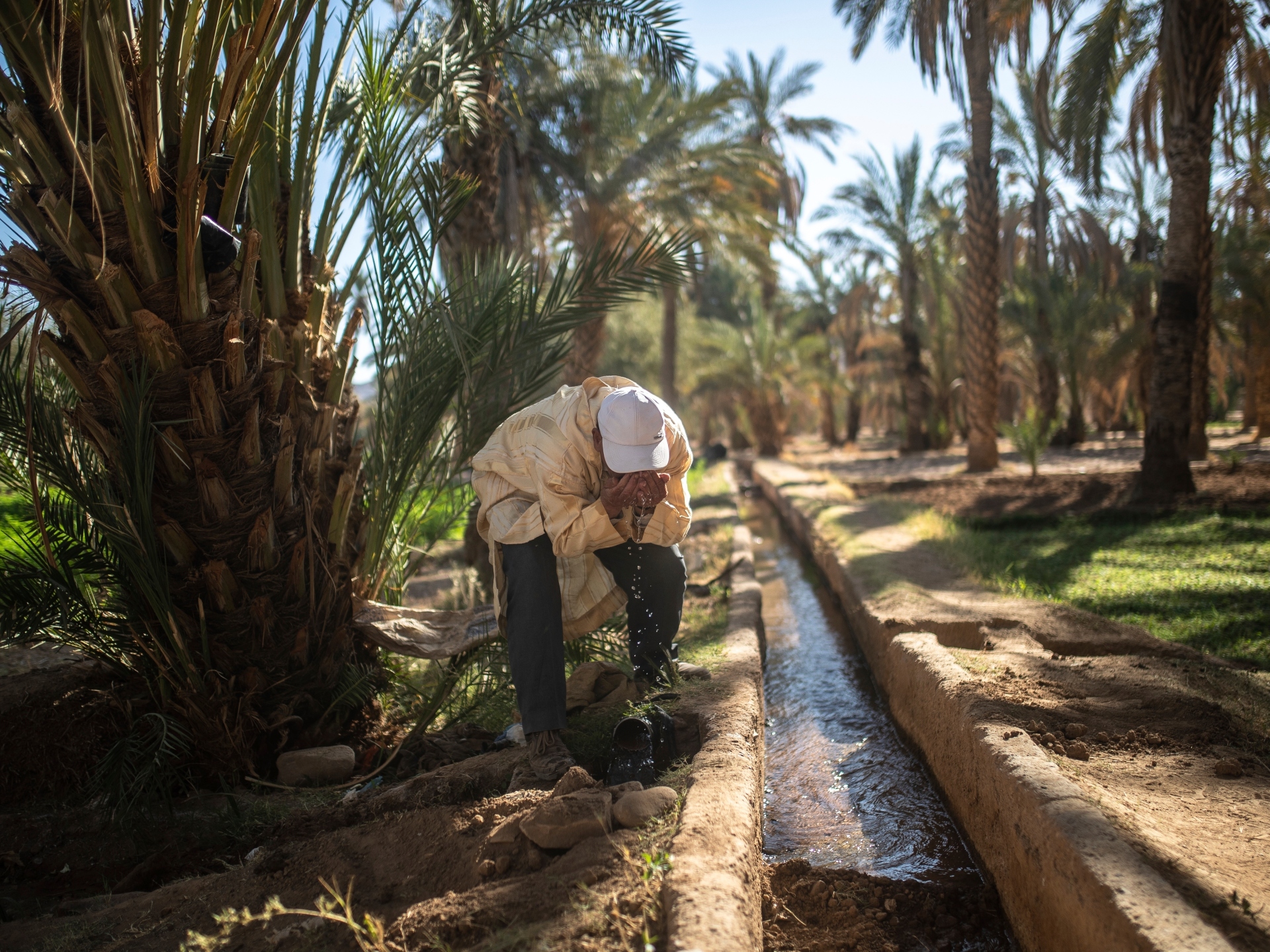 Residents of the oasis of Alnif say they cannot remember a drought this bad. The land is dry. Some wells are empty. Palm groves that date back more than 100 years are barren.

Home to centuries-old oases that have been a trademark of Morocco, this region, about 274km (170 miles) southeast of Marrakesh, is reeling from the effects of climate change, which have created an emergency for the kingdom’s agriculture.

Among those affected is Hammou Ben Ady, a nomad in the Tinghir region who leads his flock of sheep and goats in search of grazing grass. The drought forced him to rely on government handouts of fodder.

November is usually a cold, wet month in Alnif. But when the rain failed to come, the king called for rain prayers across the country, an old Islamic tradition during desperately dry times.

Resident Mo’chi Ahmad said the oasis has provided a livelihood for this population for hundreds of years. Now it is “threatened with extinction” and everyone has noticed the disappearing palm trees.

In the last three years, hundreds of people from the oasis areas have fled towards cities, many young people migrating to Europe, mainly because of the drought, said Mohamed Bozama, another resident.

He also blames the digging of unauthorised wells and rising demand for water from existing wells for worsening the crisis.

But for Hassan Bouazza, part of the solution lies in the hands of the people of the Alnif region. He was the first to install solar panels on the region’s ksar, or castle, and began relying on the energy produced to dig wells and irrigate his fellow farmers’ lands.

“We must learn to live with the situation we’re in and think about ways to make the heat and drought work to our advantage,” such as by using new irrigation systems and solar power, he said.

He called for oasis inhabitants to be provided with training to help them move away from traditional irrigation in favour of drip irrigation, which requires significantly less water.

But sometimes, Bouazza said, it is hard not to despair when climate warnings are ignored.

“It is like a little child holds a dying bird in his hand, and all he does is laugh. This is how we are treating Mother Earth.” 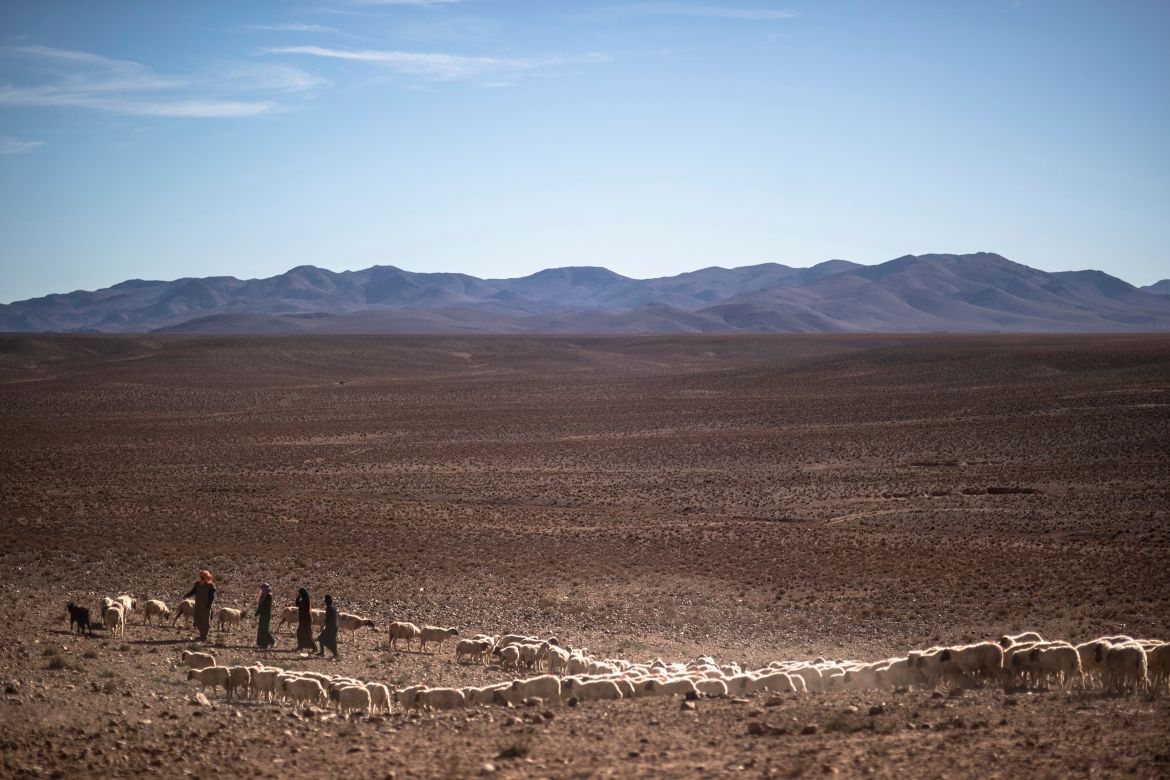 Nomadic herders guide their sheep in search of food to graze near Tinghir, Morocco. 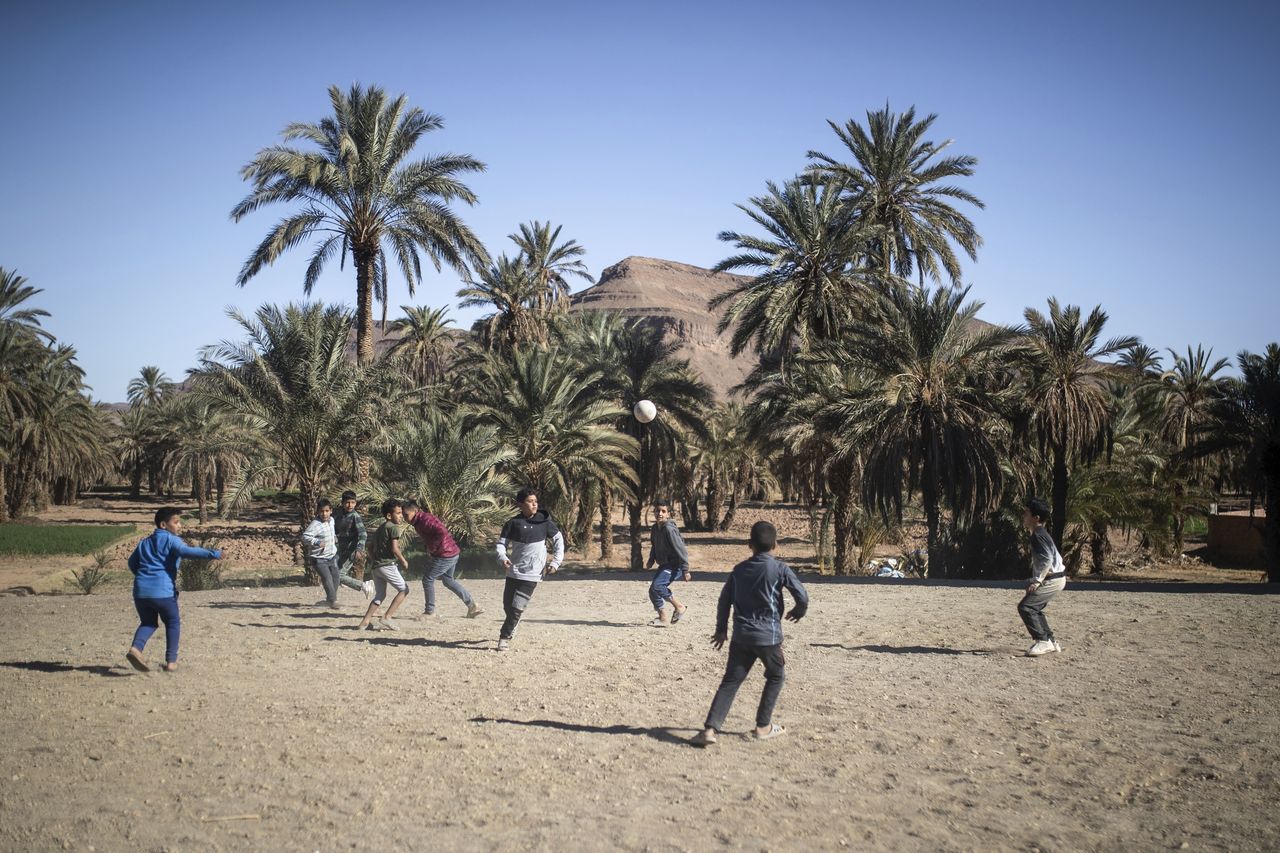 Boys play football in the Alnif oasis town. In the last three years, hundreds of people from oasis areas have fled towards cities, and many young people have migrated to Europe. 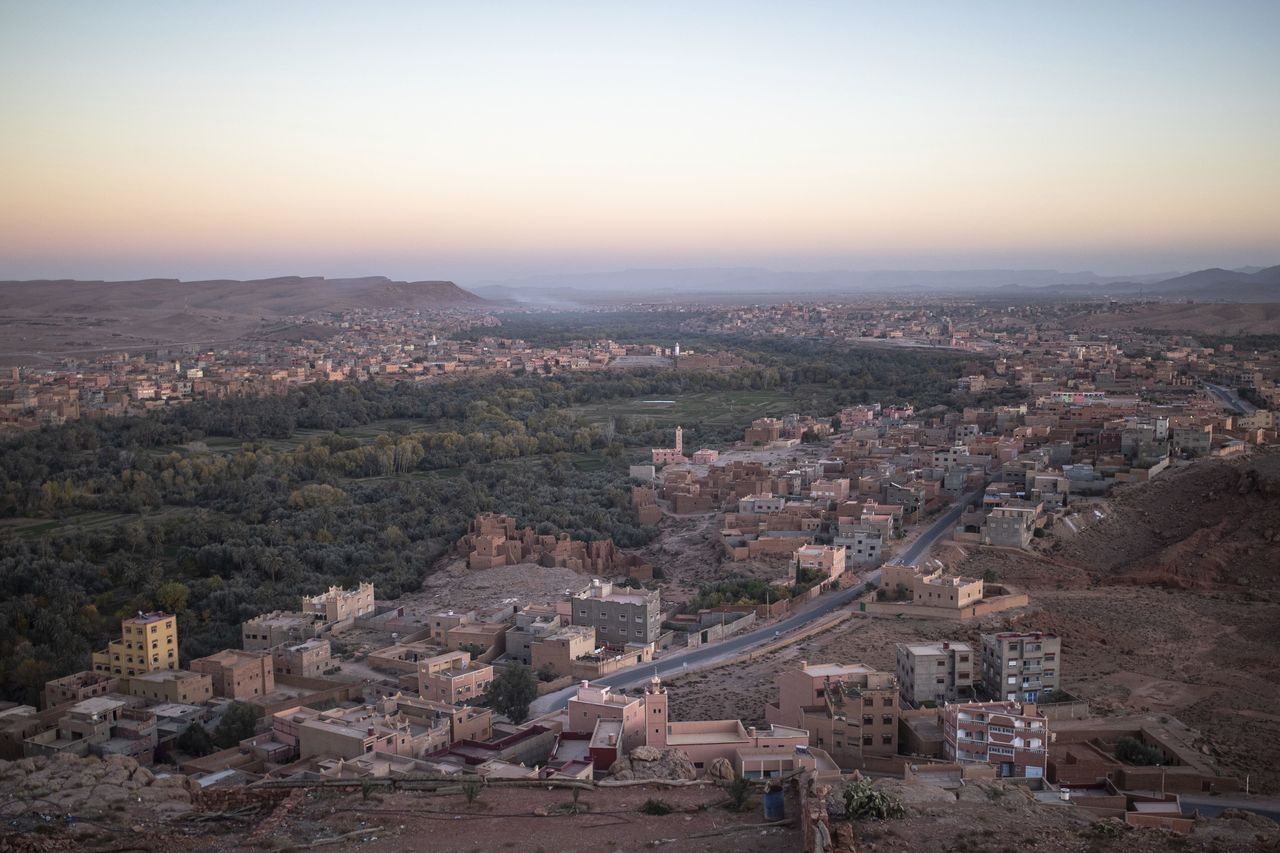 The sun sets over Tinghir, considered a gateway for southeastern Morocco and the desert region. 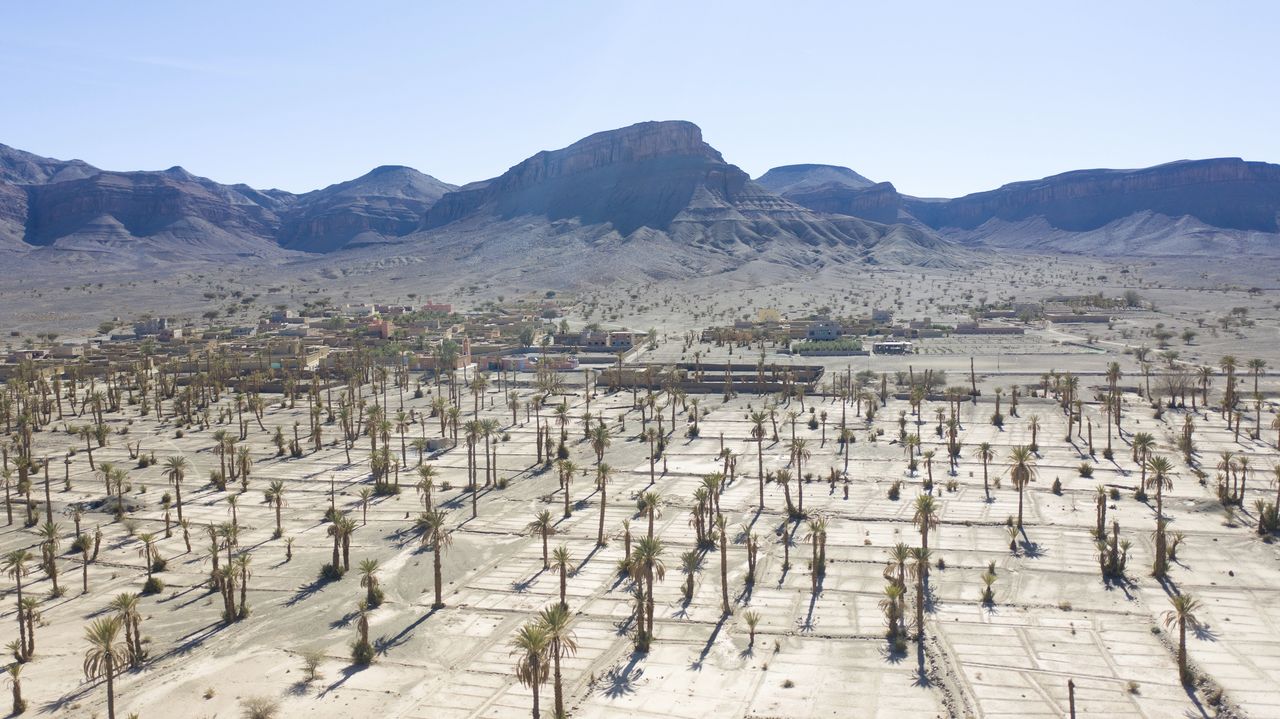 Dead palm trees are visible in the town of Nkob, near Zagora, Morocco. 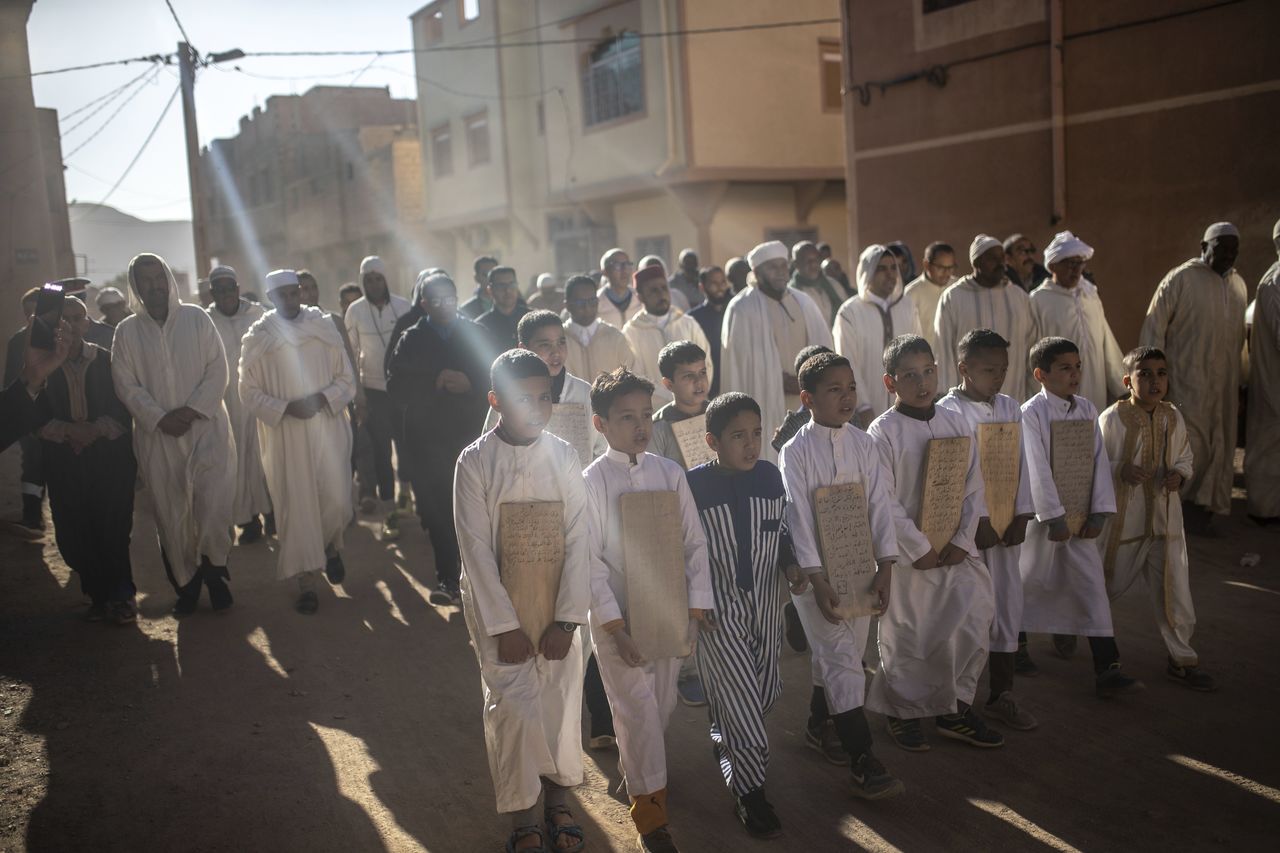 People take part in a rain prayer procession during a drought in Alnif oasis town, near Tinghir. November is usually a cold, wet month, but when the rain failed to come, the king called for rain prayers across the country, an old Islamic tradition during desperately dry times. 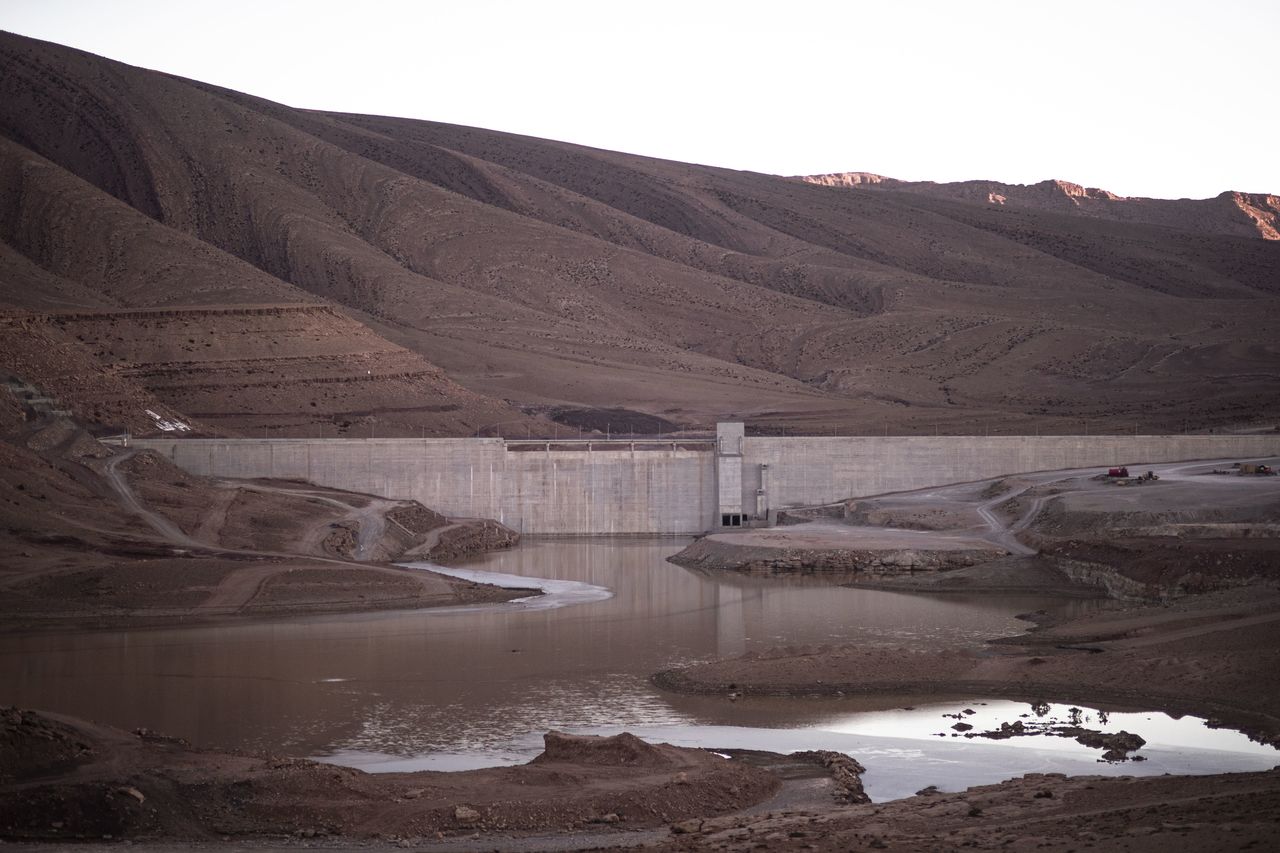 Low water levels are visible around the Todgha dam near Tinghir, Morocco. 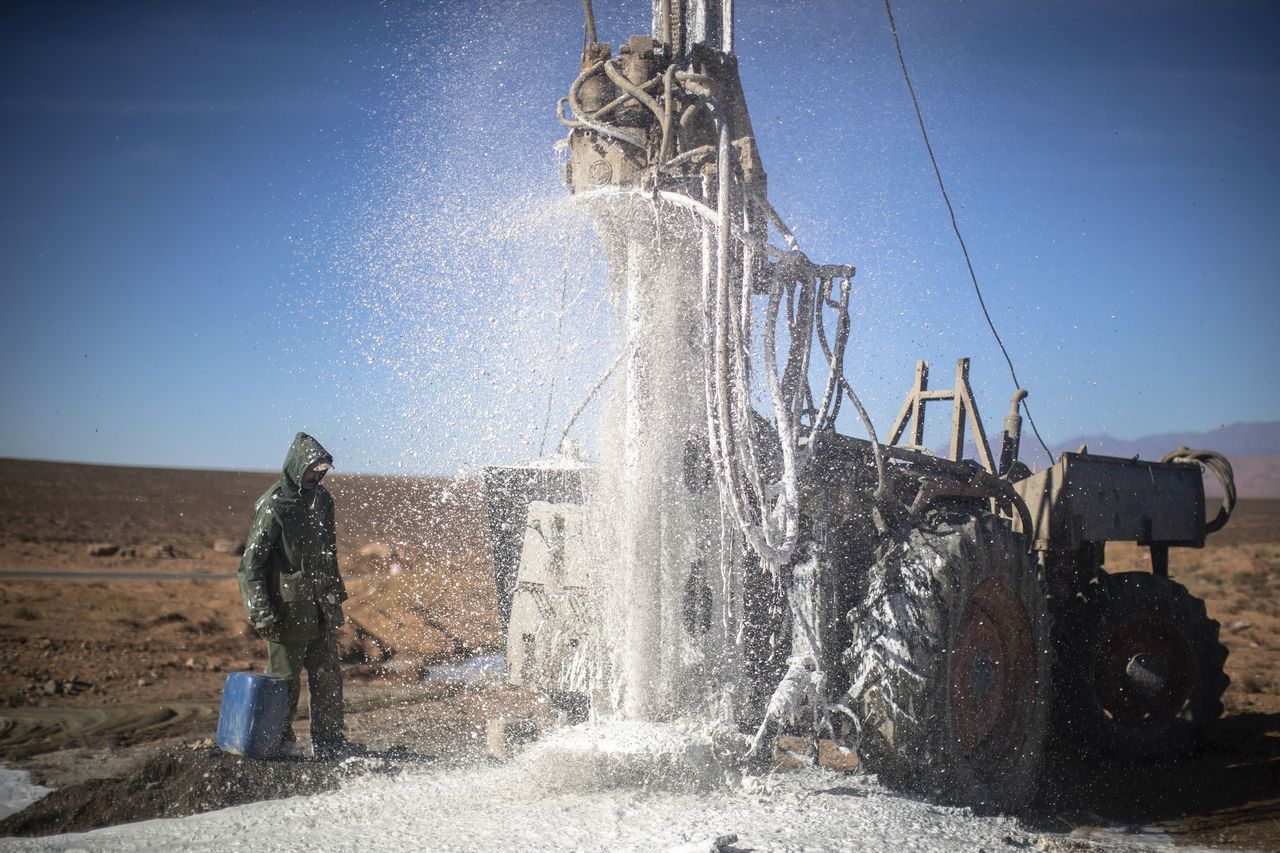 A worker watches as water flows from the ground during a well-digging process to provide water for nomads, near Tinghir. Digging of unauthorised wells and rising demand for water from existing wells are blamed for worsening the crisis. 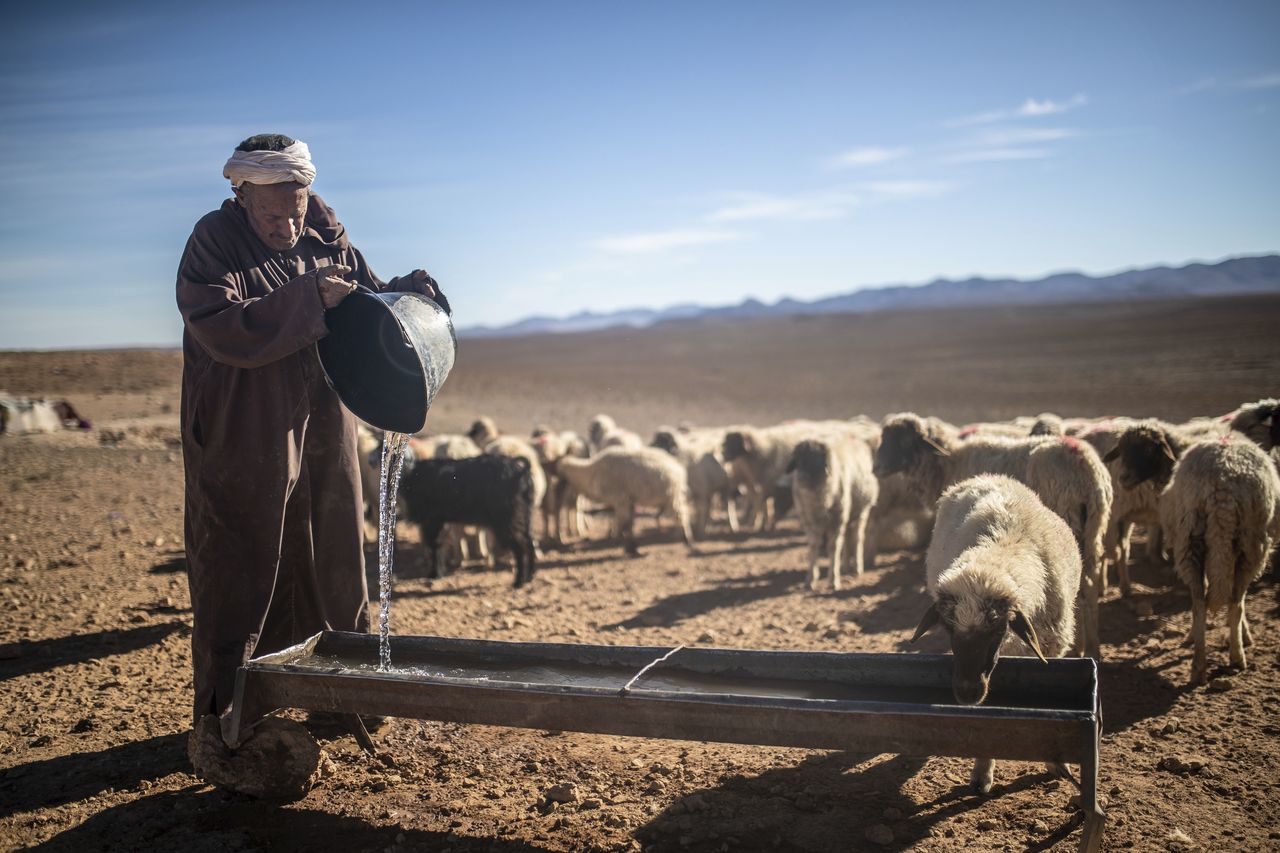 Hammou Ben Ady, a nomad, pours water for his sheep, near Tinghir. 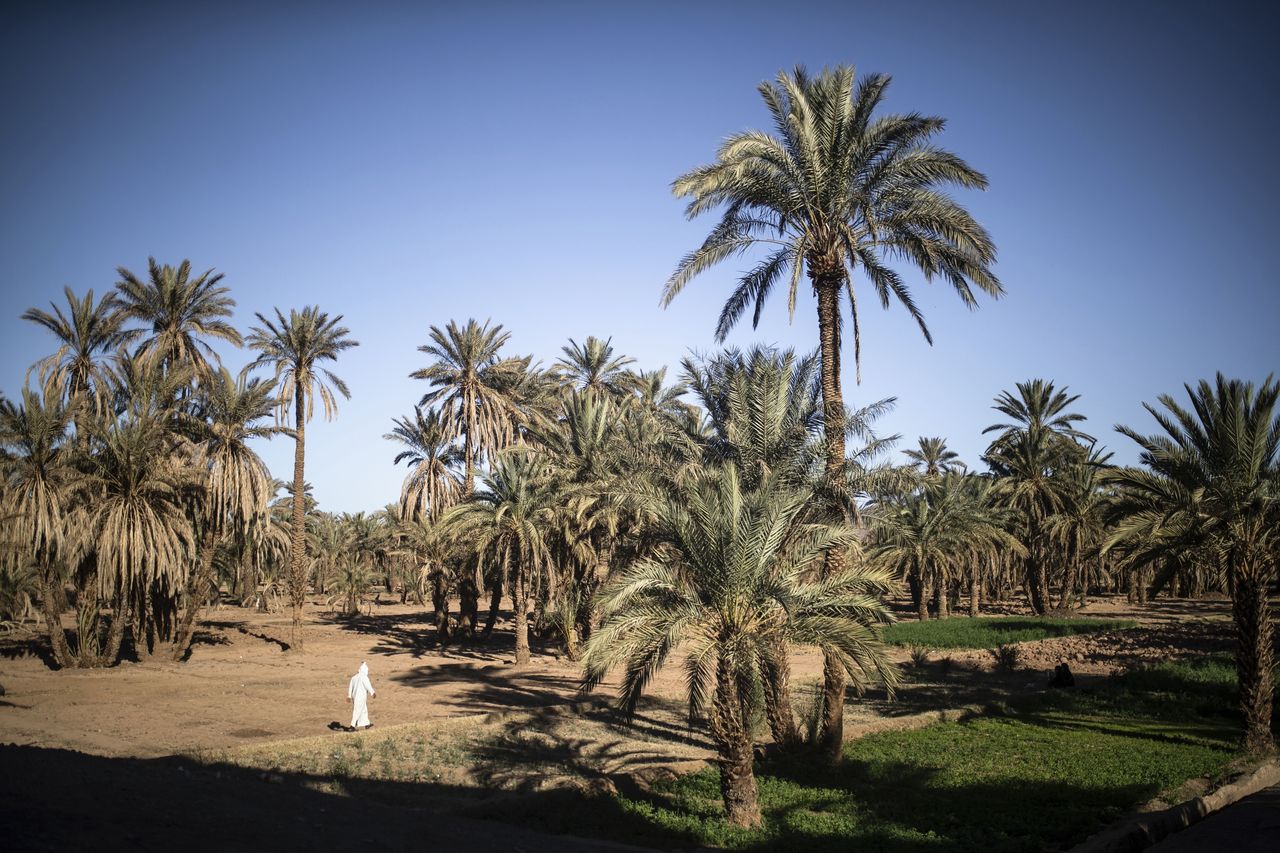 A man walks next to agricultural lands in the Alnif oasis town.