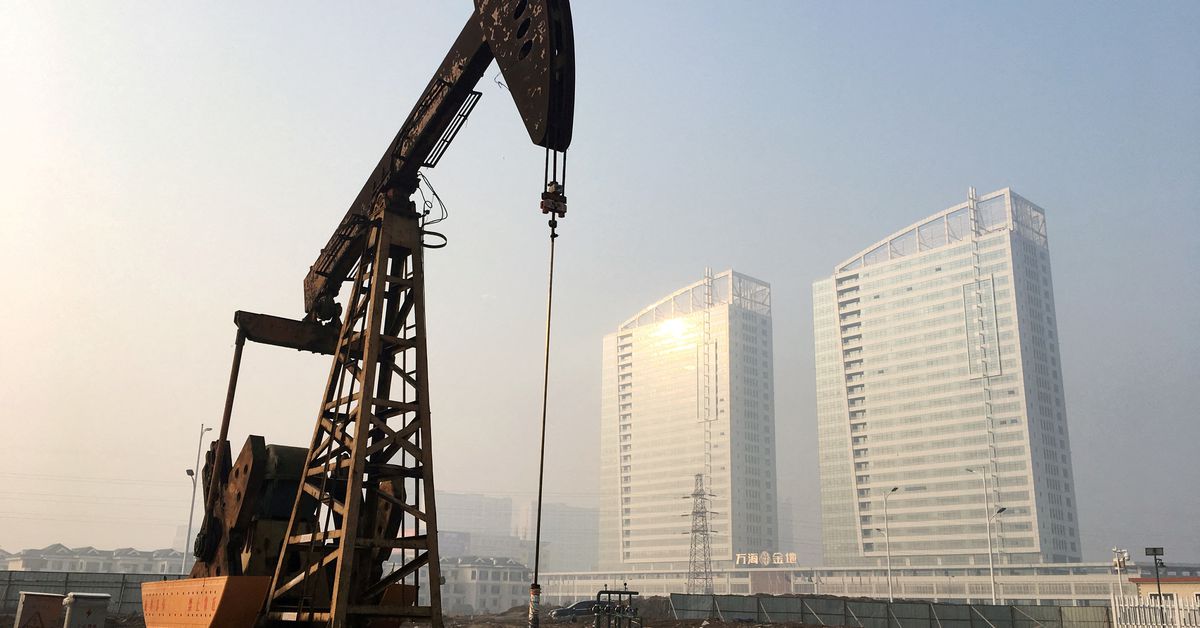 Oil settled up about $1 a barrel on Friday and notched a second straight weekly gain as China's economic prospects brightened, boosting expectations for fuel demand in the world's second-biggest economy.
China's lifting of COVID-19 restrictions should bring global demand to a record high this year, the International Energy Agency (IEA) said on Wednesday, a day after OPEC also forecast a Chinese demand rebound.

"Many traders believe it is highly likely that we are going to see higher demand coming from China as it continues to dismantle its COVID policies," said Naeem Aslam, analyst at broker Avatrade.

Oil was also supported by hopes that the U.S. Federal Reserve will soon downshift to smaller interest rate hikes, which could brighten the U.S. economic outlook.

A Reuters poll predicted the Fed will end its tightening cycle after increases of 25 basis points at each of its next two policy meetings and should then hold rates steady for at least the rest of the year.

Chances of a "soft landing" for the U.S. economy appear to be growing, Federal Reserve Vice Chair Lael Brainard said on Thursday. The Fed's next rate-setting meeting is over Jan. 31 to Feb. 1.

"The oil market has been down on global recession fears, but it is still showing signs it can remain tight a little while longer," he said.

Oil rose despite U.S. inventory figures this week showing crude stockpiles rose by 8.4 million barrels in the week to Jan. 13 to about 448 million barrels, the highest since June 2021.

A tapering off of sales from the U.S. Strategic Petroleum Reserve helped reverse negative sentiment from the report and push oil prices, said Andy Lipow, president of Lipow Oil Associates in Houston.

A price cap on Russian oil, which has been rippling through the global market, is helping to boost crude prices, said Jim Ritterbusch of consultancy Ritterbusch and Associates.

"Sanctions and caps on Russian crude are gradually acquiring some price impact and will become more of a bullish factor when last month's influx of Russian crude cargoes is absorbed into the global market," Ritterbusch said.