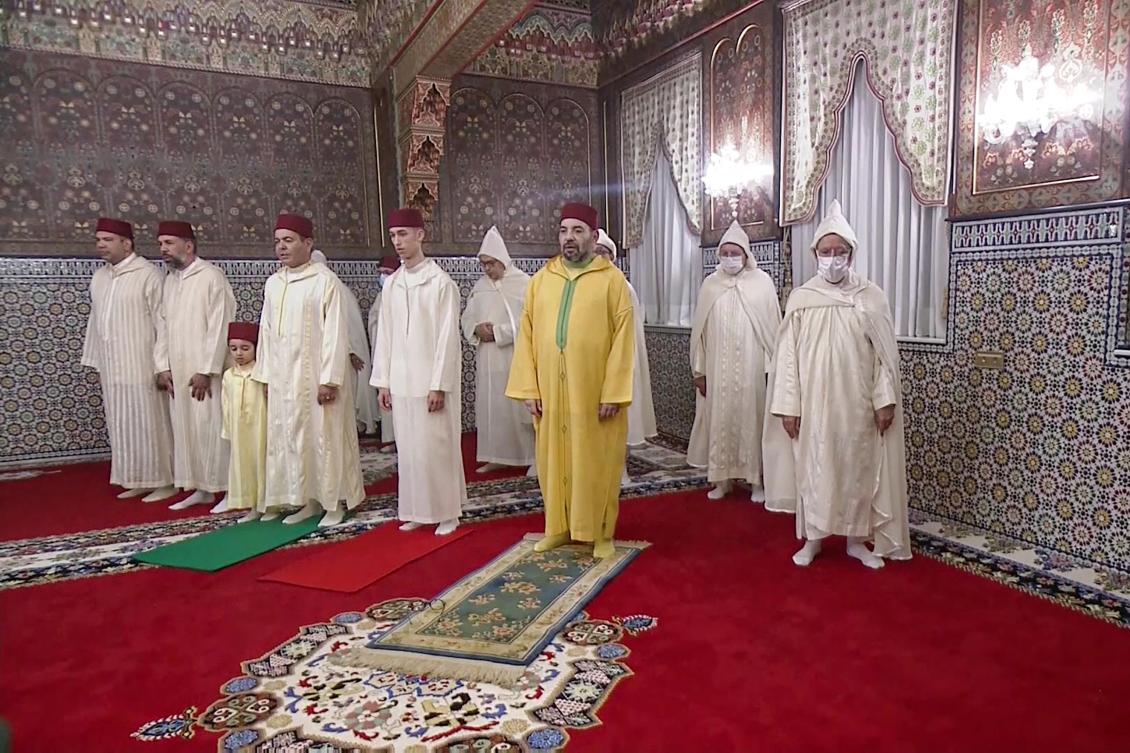 Morocco’s King Mohammed VI took part in rituals for the Muslim feast of Eid Al-Adha on Sunday, official media said, in his first public appearance since recovering from Covid-19.
The 58-year-old monarch, accompanied by his son, Crown Prince Moulay El Hassan, 19, led prayers at the royal palace in Sale, adjacent to Rabat.

He then “continued on to the ritual of sacrifice,” the official MAP news agency said.

The ceremony took place “privately and with very limited participation” in order to respect Covid-19 preventive measures, it added.

Wearing a yellow robe, the king was seen smiling at the end of the prayers next to his son and his brother Prince Moulay Rachid, 52, images broadcast on public television showed.

Muslims across the world celebrate Eid Al-Adha by slaughtering livestock to commemorate the willingness of Abraham to sacrifice his son to show obedience to God.

On June 16, the monarch’s personal doctor said King Mohammed VI had tested positive for Covid-19 but without exhibiting symptoms and recommended “a period of rest for a few days.”

The king continued to send protocol and other messages during his convalescence.

The monarch’s health is the subject of keen public interest in the North African kingdom, especially since he underwent heart surgery in February 2018 and in June 2020.

The Jeune Afrique weekly said the king contracted Covid-19 in France, where he had arrived for a private visit on June 1.

Since the outbreak of the coronavirus pandemic in March 2020, Mohammed VI had only taken one other overseas trip — to Gabon in December last year.

Mohammed VI has ruled Morocco since July 1999, when he inherited the throne from his father Hassan II.
#Coronavirus  #COVID-19  #Covid