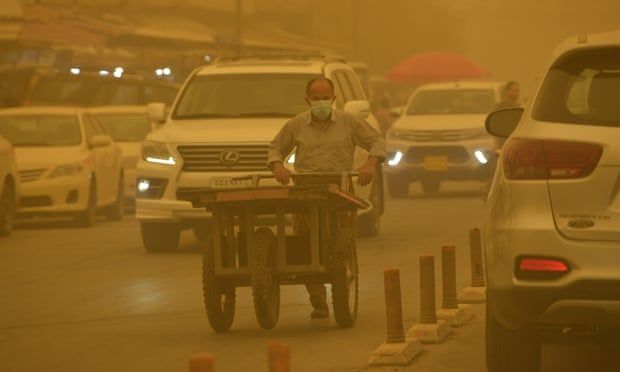 A dust storm has swept through much of Iraq, leaving dozens of people in hospital with respiratory problems, a health ministry spokesperson said on Saturday.

The storm formed in the north of the country on Thursday, prompting the cancellation of flights serving Erbil, capital of the autonomous Kurdistan region.

As the storm swept south, it shrouded Baghdad and cities as far south as Nasiriyah in a ghostly orange.

In the capital, buildings and vehicles were covered in ochre-coloured dust, Agence France-Presse (AFP) journalists reported. 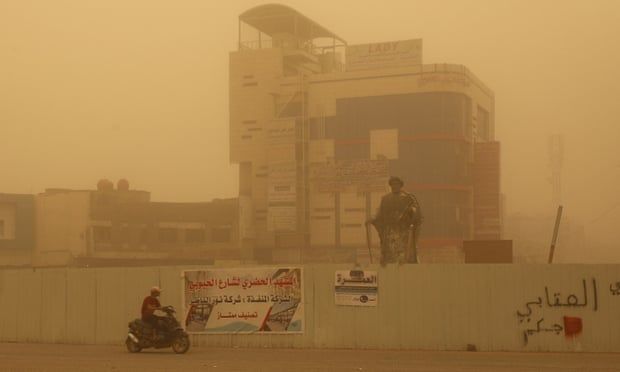 As the storm swept south, it shrouded cities as far south as Nasiriyah.

The storm has caused “dozens of hospitalisations across Iraq due to respiratory problems”, health ministry spokesperson Saif al-Badr told AFP.

The director of Iraq’s meteorological office, Amer al-Jabri, said that while dust storms were not uncommon in Iraq, they were becoming more frequent “due to drought, desertification and declining rainfall”.

Iraq is particularly vulnerable to climate breakdown, and has experience record low rainfall and high temperatures in recent years.

Experts have said these factors threaten social and economic disaster in the war-scarred country.

In November, the World Bank warned that Iraq could suffer a 20% drop in water resources by 2050 due to the climate crisis.