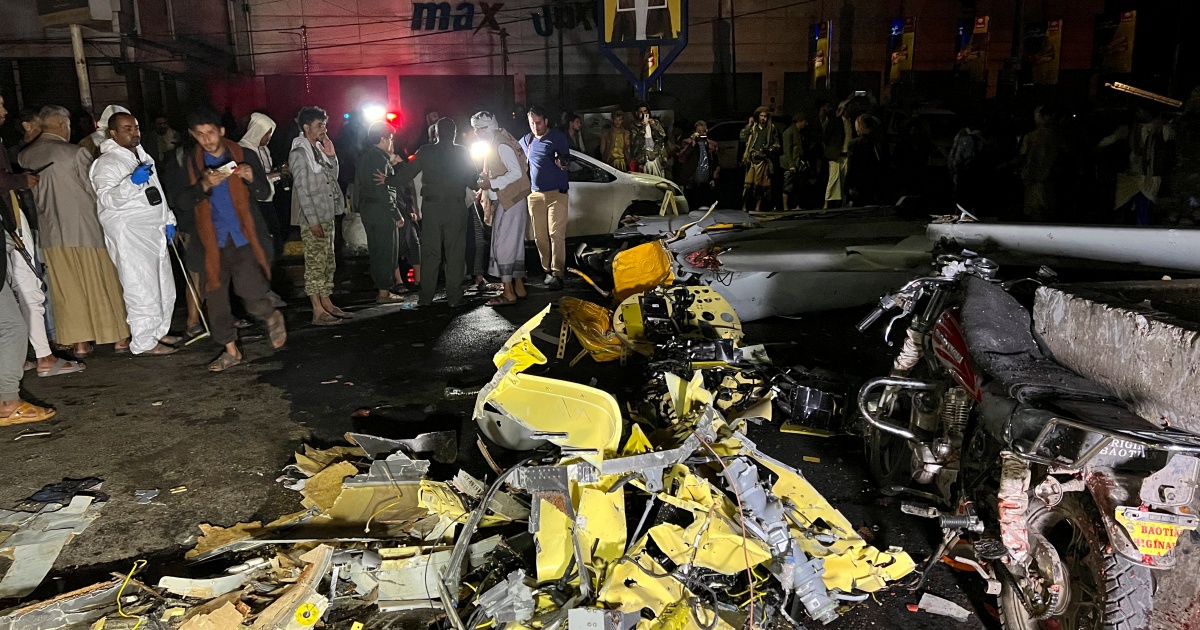 At least three people have been killed in Yemen’s capital Sanaa when an armed drone crashed in a busy neighbourhood after being shot down, Houthi officials said.

The health minister in the rebel Houthi administration that runs Sanaa said another three people were injured on Monday when the drone landed in a commercial area, the official news agency reported.

In a statement, the Houthis said that their air defence system downed the drone and that it belonged to the Saudi-led coalition, which backs the Yemeni government in the country’s war.

A spokesman for the coalition did not immediately respond to a request for comment.

Video from the scene showed what appeared to be a damaged pilotless aircraft in a street surrounded by security forces and onlookers. Footage showed wreckage of a drone near the Yemen Mall shopping centre at the city’s lively al-Ruwaishan intersection, and a man lying on the street near a car.

The incident took place during a rare truce between the warring parties that expires on June 2 and which the United Nations special envoy for Yemen is seeking to extend.

The truce is the first nationwide ceasefire in six years. Yemen’s civil war erupted in 2014, when the Iranian-aligned Houthis seized the capital, Sanaa, and then forced the internationally recognised government into exile in the following months. A Saudi-led coalition entered the war in early 2015 to try to restore the government to power.

The conflict has killed tens of thousands of people and caused a dire humanitarian crisis. 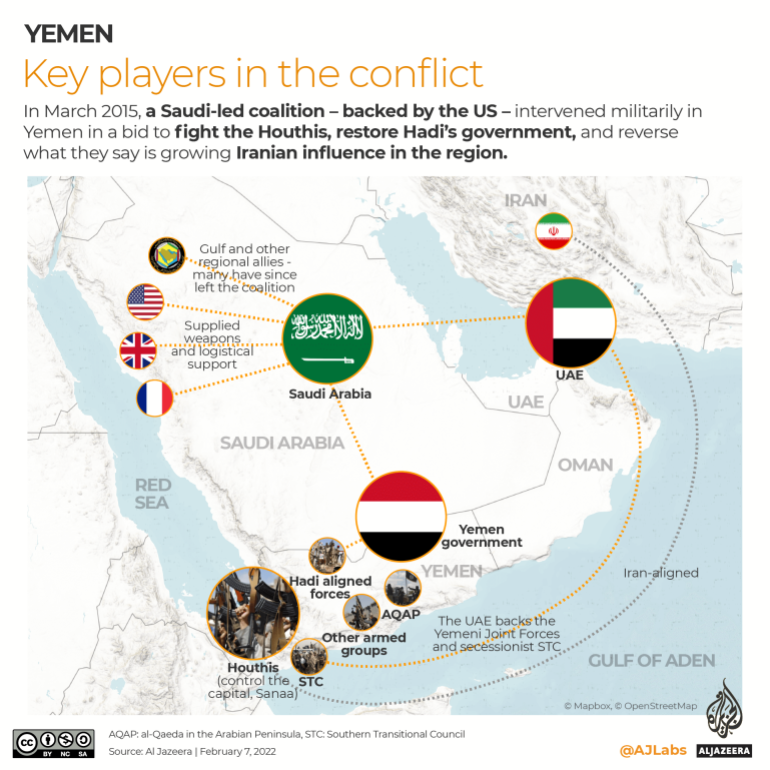