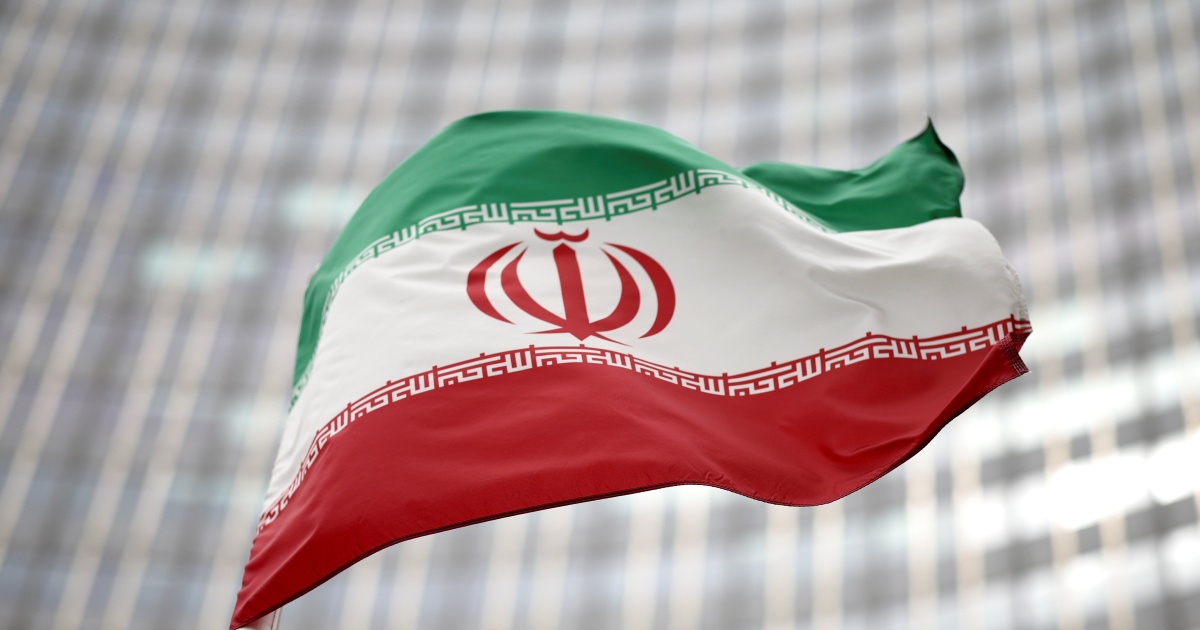 Can Iran and the US finalise their nuclear talks?

Iran and the United States continue to push each other to make concessions as they face internal pressure over reviving landmark nuclear accord.

One year after representatives of Iran, the United States, and other world powers convened in Vienna to restore their 2015 nuclear deal, they have yet to finalise an agreement that for months has oscillated between being within grasp and elusive.

The direct and indirect negotiations in the Austrian capital were put on “pause” by the European Union’s coordinator a month ago as multilateral issues were all but resolved and the text for an agreement was almost final.

The pause was said to be aimed at finding a solution for a last-minute Russian demand that Western sanctions over its invasion of Ukraine would not affect future dealings with Iran.

That issue was resolved within days as Moscow said it received sufficient written guarantees from Washington. But an agreement appears no closer as indirect talks between Tehran and Washington, facilitated by European officials who deliver messages, have stalled for weeks. 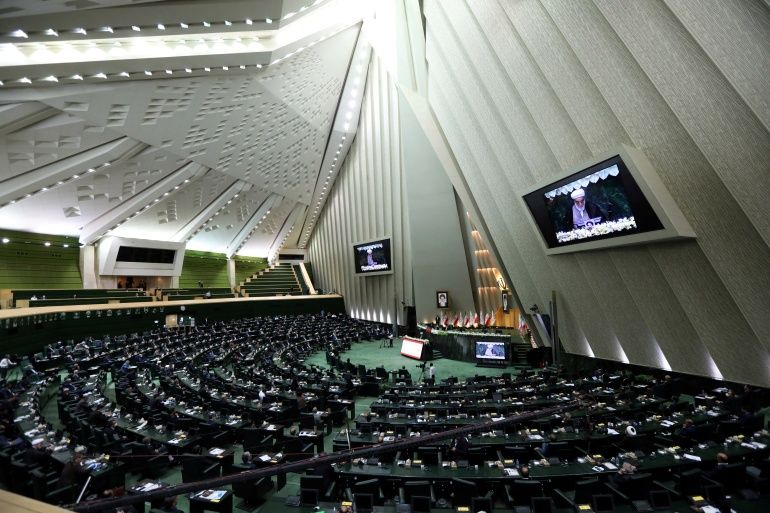 Iran and the US – which unilaterally abandoned the nuclear deal in 2018, imposing sanctions – still find themselves in a standoff over limited but highly important issues.

Chief among them is whether a “foreign terrorist organisation” (FTO) designation on Iran’s Revolutionary Guard will be lifted.

The Islamic Revolutionary Guard Corp (IRGC) is an elite force that drives Iran’s influence across the region, while also wielding significant economic power within country’s borders.

Iranian officials have repeatedly emphasised the issue of the Guard is a major “red line” that they will not back away from.

Nevertheless, conservatives in Iran’s parliament continue to pressure the government to adopt an unyielding stance in its negotiations with the US.

The administration of President Joe Biden, too, is facing pressure from many Republicans – and even a group of Democrats – over the potential prospect of lifting the designation.

American officials have pointed out the IRGC will continue to remain one of the most heavily sanctioned entities in the world – as its divisions, subsidiaries and commanders are also hit by a variety of other designations, like those dealing with human rights – even if the FTO designation is revoked.

Meanwhile, both Iran and the US continue to blame each other for the persisting delay, saying the other side must see reason and make concessions.

On Wednesday, US Secretary of State Antony Blinken expressed scepticism about getting a deal done.

““I would say simply that I’m not overly optimistic at the prospects of actually getting an agreement to conclusion,” Blinken told MSNBC. “I continue to believe it would be in the best interests of our country if we can get back into compliance with the deal, if Iran will do the same. We’re not there.”

It would be hard to imagine this process lasting much beyond April, said Ali Vaez, director of the Iran Project at the International Crisis Group.

That is why momentum could be lost, external developments could derail the talks, and approaching midterm elections could affect political appetite in Washington, he said.

“The deal is simultaneously too big to fail and too fragile to survive a prolonged coma,” he told Al Jazeera.

“Both sides have invested too much time and political capital to reach a diplomatic settlement over the past year. But they are too susceptible to miscalculation.”

Vaez said the issue of the FTO designation is “immaterial” for both sides in terms of practical effects on the ground as lifting the designation does not help the US and leaving it in place will not hurt Iran.

“But there are middle-ground solutions that are currently being explored,” he said. “If neither side allows ‘perfect’ to be the enemy of ‘good enough’, they can finalise the deal in the coming weeks.”

Last week, US National Security Adviser Ned Price said the FTO designation has not only failed in subduing Iranian proxies across the region, it has emboldened them. He told reporters between 2019 – when the designation was announced – and 2020, the number of attacks from Iran-backed groups increased by 400 percent.

Sina Azodi, a non-resident fellow at the Atlantic Council think-tank, said he is optimistic an agreement will be reached since all sides are now heavily invested in the negotiations.

He told Al Jazeera he believes an agreement is close, adding, “I think that both Iran and the US [the principal parties] will try to insist on their positions as long as they can, with the aim of forcing the other side to show flexibility”.

Unconfirmed reports have suggested in exchange for revoking the FTO designation, the US has demanded Iran cease its efforts to avenge the top general, who was assassinated by an American drone strike in Iraq in January 2020.

Azodi said Iran should accept the alleged US demand that it abandon its pursuit of revenge for the killing of the IRGC’s elite Quds force chief Qassem Soleimani.

“Targeting a foreign government official is reprehensible both for the US and for Iran,” he said. 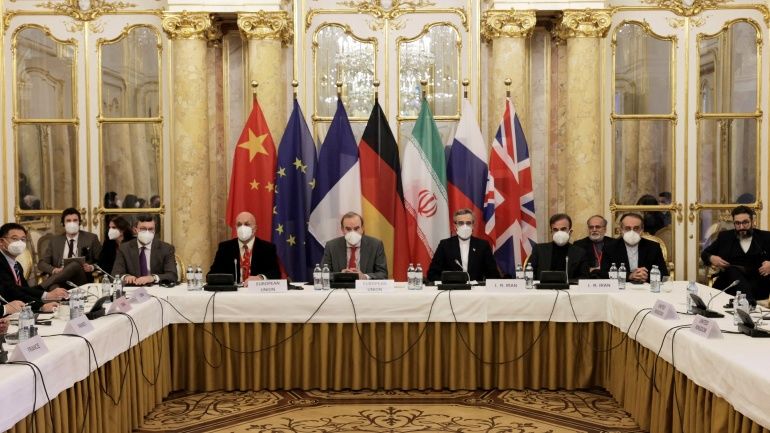 The two face “serious and credible” threats from Iran, the report said. Pompeo and Hook were major proponents and enforcers of the so-called “maximum pressure” of former President Donald Trump against Iran, and firmly defended Soleimani’s assassination.

Iran has drafted a blacklist of dozens of US officials it deems responsible, which includes both Pompeo and Hook. Earlier this year, President Ebrahim Raisi said Trump, Pompeo, and others must be tried in a “fair court”, otherwise the “resistance axis” that Soleimani championed across the region would take revenge.

The FTO designation has also been linked with other regional developments, as Western media reports last month suggested the US had asked for reining in IRGC activity in exchange for revoking the label. That demand is now reportedly off the table.

For its part, the Iranian foreign ministry has firmly denied any efforts to link the nuclear talks with regional affairs.

‘So detrimental to both’

Trita Parsi, executive vice president of the Quincy Institute for Responsible Statecraft, said prospects of a deal are still greater than of collapse.

“For the last nine months, the message has been that this can’t go on for much longer. Yet it has,” he told Al Jazeera. “Reality is that a collapse of the talks is so detrimental to both sides that they will keep diplomacy going as long as there is still some hope for a breakthrough.”

Parsi said political instability in the US has meant neither side expects the deal to survive beyond the Biden presidency.

As for the FTO issue, he said the question is if the negotiations over new ideas will take on a life of its own.

“Both sides suffer from the clock ticking, but Tehran believes the US side suffers more. But Tehran should also keep in mind that since it itself does not believe that the deal will survive beyond Biden’s presidency, the longer they allow this to drag on, the less time they will have to benefit from the sanctions relief of the deal,” he said.