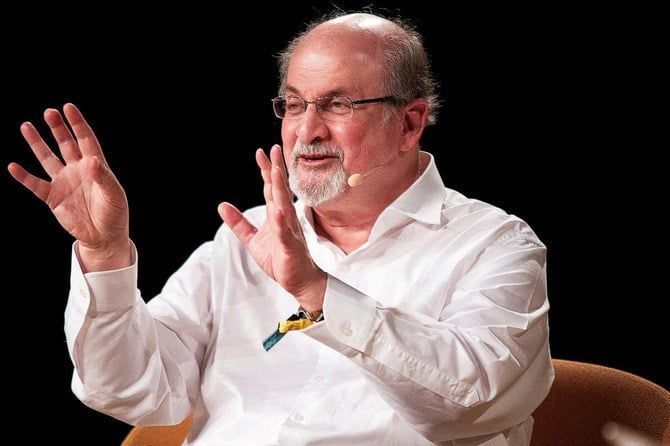 The United States on Friday imposed sanctions on the Iran-based foundation that issued a multi-million-dollar bounty on the life of acclaimed “Satanic Verses” author Salman Rushdie, who was brutally attacked in August.

The sanctions are aimed at the “15 Khordad Foundation,” which the US Treasury Department says is affiliated with deceased Supreme Leader Ayatollah Ruhollah Khomeini, who originally issued a fatwa calling for Rushdie’s death in 1989.

A statement from US Secretary of State Antony Blinken said the United States is designating the group “for providing financial support for an act of terrorism.”

The foundation “maintains a multi-million dollar bounty on Rushdie,” the Treasury Department said, adding that as recently as 2012 the organization increased the bounty to $3.3 million.

In August Rushdie, 75, was stabbed several times in the neck and abdomen before he was due to give a talk in the state of New York.

He was air-lifted to a nearby hospital for emergency surgery, and though his condition improved in subsequent weeks, his agent has said the writer lost sight in one eye.

The British-American author had lived in hiding for years after Iran’s first supreme leader ordered Rushdie’s killing for what he deemed the blasphemous nature of “The Satanic Verses.”

The main suspect, Hadi Matar, a 24-year-old from New Jersey with roots in Lebanon, was arrested immediately after the attack on Rushdie. He pleaded not guilty during a hearing in New York state in mid-August.

The attack sparked outrage in the West but was praised by extremists in Muslim countries like Iran and Pakistan.

“The infamous fatwa was intended to incite terrorism and violence, bring about the death of Rushdie and his associates, and intimidate others,” Blinken’s statement on Friday read. “The United States condemns such incitement and the attack on Rushdie in the strongest terms as a blatant assault on freedom of speech and an act of terrorism.”