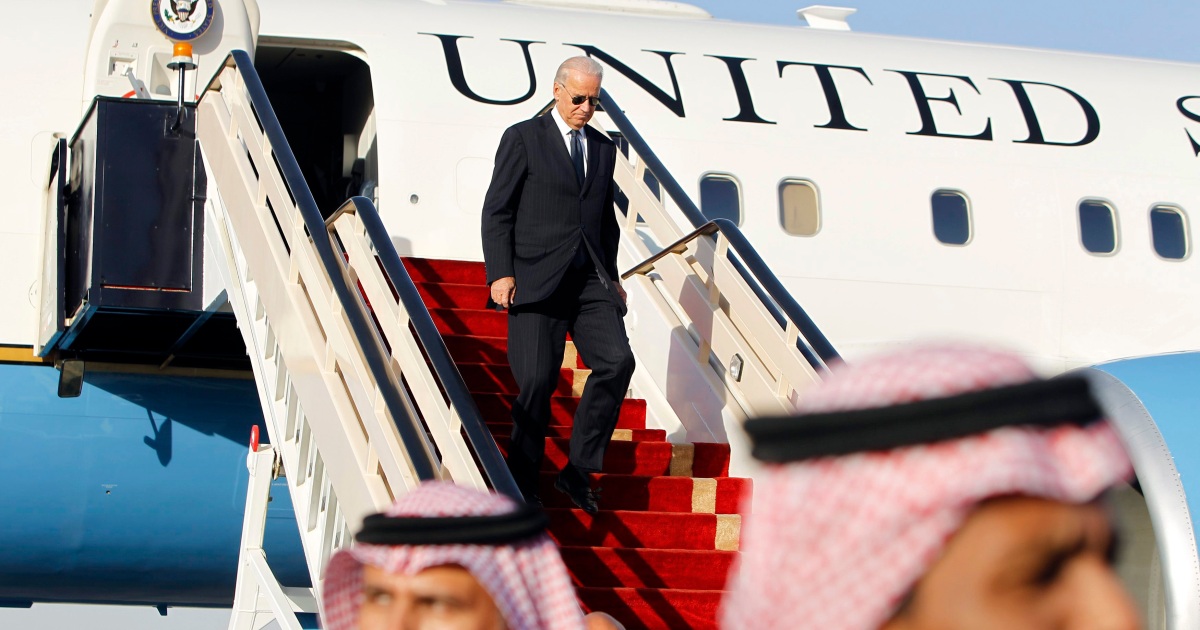 US president will make first Middle East visit next month, with stops in Israel, occupied West Bank, and Saudi Arabia.

The White House has confirmed details of US President Joe Biden’s first trip to the Middle East, including a controversial stop in Saudi Arabia and an expected meeting with Saudi Crown Prince Mohammed bin Salman (MBS).

The Biden administration on Tuesday announced that the trip, which had previously been reported by US media, would take place between July 13 and 16. Biden will also visit Israel and the occupied West Bank.

The stop in Saudi Arabia – and particularly the meeting with MBS – represent an about-face for Biden, who as a candidate said the killing of journalist Jamal Khashoggi, which US intelligence later directly linked to the crown prince, made the kingdom a “pariah”.

Khashoggi was murdered and dismembered by a group of Saudi agents inside the country’s consulate in Istanbul on October 2, 2018. Saudi officials initially claimed Khashoggi had left the building, but amid public pressure, later acknowledged that he was killed there.

In 2019, a UN investigation concluded that Khashoggi’s murder was a “premeditated extrajudicial execution”.

But Riyadh has insisted that the killing was carried out by rogue agents without the approval of top officials, including the crown prince. MBS has vehemently denied ordering or having prior knowledge of the murder. The kingdom also arrested and tried several citizens over the incident.

During his July visit, Biden is widely expected to try to secure a boost in Saudi oil production, as his administration scrambles to tame spiralling fuel costs – spurred by the Russian invasion of Ukraine – and inflation at home that are projected to hurt his Democratic Party in the upcoming midterm congressional elections.

In a statement, White House press secretary Karine Jean-Pierre said that while in Jeddah, Biden will attend a meeting of the Gulf Cooperation Council (GCC) plus Egypt, Iraq, and Jordan.

With Saudi leadership, the US president will “discuss a range of bilateral, regional, and global issues”, Jean-Pierre said, including to a continuing UN-mediated truce in fighting in Yemen, where Riyadh has led a coalition fighting Houthi rebels since 2015.

Biden “will also discuss means for expanding regional economic and security cooperation, including new and promising infrastructure and climate initiatives, as well as deterring threats from Iran, advancing human rights, and ensuring global energy and food security,” she said.

Jean-Pierre later confirmed comments from a senior US official who told reporters Biden would meet MBS during the visit.

“Yes, we can expect the president to see the crown prince,” she said.

The White House had previously indicated after US intelligence directly linked MBS to Khashoggi’s murder that Biden would not be dealing with MBS directly going forward, as his predecessor Donald Trump had done. Rather, the White House said last year that the US president would only engage directly with his counterpart, King Salman.

The US official, who had spoken to reporters on condition of anonymity prior to the announcement, rejected that Biden was retreating from his principles in the upcoming trip.

“US policy demanded recalibration of relations” after the Khashoggi murder, “not a rupture,” the official said.

The official added that there is “no doubt” that human rights will be part of Biden’s discussions during his trip, but the source emphasised the importance of the alliance with Riyadh.

“Saudi Arabia has been a strategic partner of the United States for eight decades,” the official said. “And we share a host of interests with Saudi Arabia, from containing Iran, to counterterrorism, to helping protect its territory where, importantly, 70,000 Americans live and work.”

When asked during an interview on MSNBC on Tuesday if Biden would discuss Khashoggi’s killing with MBS, National Security Council official John Kirby declined to discuss specifics, but said “human rights are always on the agenda when we’re meeting with with with counterparts all over the world.”

Before visiting Saudi Arabia, Biden will stop in Israel and meet Prime Minister Naftali Bennett, where he “will reaffirm the ironclad commitment to Israel’s security” and discuss continued US aid, according to Jean-Pierre.

Later on Monday, Bennett welcomed the trip, saying that the visit will “deepen the special relationship” between the two countries.

“The President’s visit will also reveal the steps that are being taken by the US to integrate Israel into the Middle East and increase the prosperity of the entire region,” the Israeli prime minister’s office said in a statement.

The US provides about $3.8bn in unconditional aid to Israel every year, despite widespread condemnation for its human rights abuses against Palestinians, including the recent killing by Israeli security forces of Al Jazeera journalist Shireen Abu Akleh in May.

Abu Akleh was fatally shot by a sniper while reporting in Jenin, in the occupied West Bank. Witnesses and journalists with her said it was clear the shot came from Israelis who had been made aware the journalists were in the area. Abu Akleh’s helmet and vest clearly identified her as press.

The visit comes as the Biden administration struggles to revive the 2015 Iran nuclear deal, which saw Tehran curtail its nuclear programme in exchange for sanctions relief. On Tuesday, the defence minister of Israel, which has long opposed the agreement, called for a “regional force build-up” against Iran to be led by the US and include Arab countries aligned with Washington.

In the West Bank, Biden is scheduled to meet Palestinian Authority officials, including President Mahmoud Abbas and “reiterate his strong support for a two-state solution, with equal measures of security, freedom, and opportunity for the Palestinian people”, according to the White House.

Earlier this month, the Biden administration redesignated the US’s diplomatic mission to Palestinians, signalling an upgrade after the mission had been relegated under Trump. The Biden administration has not offered an update on its pledge to reopen a consulate serving Palestinians in occupied East Jerusalem, after Trump shuttered the previous one.

Biden’s flight from Israel to Saudi Arabia will represent the first time the US president has flown from Israel to an Arab state that does not recognise it. Former President Donald Trump flew took a direct flight in the opposite direction – from Riyadh to Tel Aviv – in 2017.