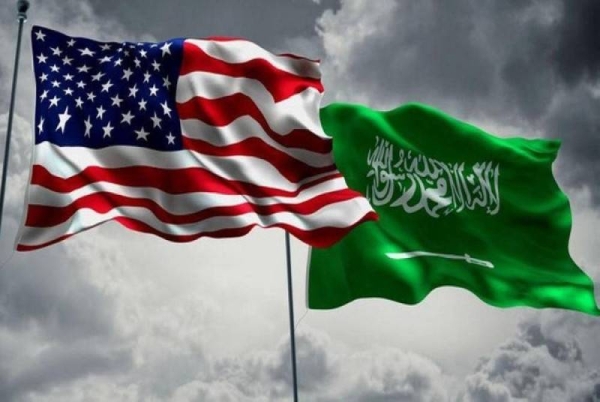 Listen to the article
0:00 / 0:00
Voice by MediaWorks
United States President Joe Biden will start an official visit to Saudi Arabia on Friday for the first time since taking office in early 2021. The two-day visit comes at the invitation of Custodian of the Two Holy Mosques King Salman.

During the visit, Biden will meet King Salman and Crown Prince Mohammed Bin Salman to discuss aspects of cooperation between the two friendly countries, and the ways to confront the challenges facing the region and the world.

The Saudi visit aims to further strengthen the historical bilateral relations and the distinguished strategic partnership between Saudi Arabia and US, and the common desire to develop them in all fields.

On Saturday, Biden will attend the first Arab-American Summit of its kind, convened by King Salman. The summit will also be attended by the leaders of the Gulf Cooperation Council (GCC) states, as well as the Jordanian King Abdullah II, Egyptian President Abdel Fattah Al-Sisi, and Iraqi Prime Minister Mustafa Al-Kadhimi. Biden will also hold meetings with these regional leaders before the summit.

US National Security Adviser Jake Sullivan announced on Wednesday that Biden will meet King Salman and Crown Prince Mohammed Bin Salman during his visit to Saudi Arabia. Sullivan confirmed that a “bilateral program” will be held on Friday night, when Biden arrives, and will include King Salman, the Crown Prince and “other ministers in the Saudi government.”

Sullivan revealed that Biden will hold bilateral meetings with a number of regional leaders before the upcoming summit with them, and refused to answer a question about the sequencing of these meetings.

When asked to give an overview of what Biden will say at the GCC +3 Summit, Sullivan said, “the president will give broad and strong statements and strategy about his approach to the Middle East.” He also noted that Biden will discuss security, the economy, and America’s historic role in the region, and his commitment to moving forward with strong American leadership in the Middle East.

Analysts believe that the US president has realistically realized that it is time to break the deadlock in Saudi-US relations, as relations between the two countries were not good since the first day of Biden’s arrival at the White House. Biden’s visit to Saudi Arabia and his upcoming summit in Jeddah are in the interests of the United States in the medium and strategic terms. They added that the region has become more strategically important to America and the West, with the continuation of the Russian-Ukrainian war, which has entered its fifth month, and the failure of nuclear negotiations with Iran.

Analysts said that Biden will seek to clarify the American vision and reassure the Arab countries about the Iranian nuclear agreement, which cannot be predicted about what will happen around it, but there are Arab fears that America knows. A few days ago, US State Department spokesman Ned Price confirmed his country’s readiness to return to the nuclear agreement, provided that Iran lived up to its commitments. “If Iran does not respond to negotiations, the chances of reaching an agreement will decrease,” Price said, while stressing the need to return to the nuclear agreement before Tehran acquires a nuclear bomb.

Leaders of the ruling Democratic Party also confirmed that the visit of Biden implies the paramount significance that the American administration attaches to the region, especially in light of the global energy crisis, in addition to trying to fix what can be fixed, and repel the strife that has spread about an imbalance in the American-Saudi or Arab relations.

On the upcoming US-Gulf summit, the countries, represented at the summit, are heavyweights in the region, and they seek to coordinate their positions and cooperate against any threat.

Iran is, of course, another big and fundamental question in the Middle East. Indeed, it is the question that almost all other questions relate to, from Iraq to Syria, Lebanon, Yemen and Palestine. Biden’s declared policy toward Iran centered around the idea of ​​his administration’s desire to return to the nuclear agreement signed by the Obama administration where he held the position of vice president.

The agreement stipulated that Iran would be subject to monitoring its nuclear program in exchange for the lifting of sanctions, but no significant progress has been made since Biden took office, and negotiations between the United States, major powers and Iran stopped in Vienna months ago. However, it is interesting to note that a quick round of negotiations between Washington and Tehran took place in Doha prior to Biden’s visit. It is true that the Doha negotiations did not bring about anything, but it came as a reminder that the door for dialogue between the two parties is still open, and the possibilities of returning to the agreement are still in place.

Biden’s visit to the Middle East that kicked off in Israel on Wednesday bears hopes of reuniting the countries of the region to confront common challenges, especially Iran’s nuclear program, which poses an existential threat to more than one country. Biden’s visit provides an opportunity for convergence of views on other files, including oil supplies, in light of the Russian war on Ukraine. Questions are raised about the extent of this visit’s contribution to ‘forcing’ Tehran to review its rigid position in negotiations over its nuclear program and return to the agreement that concluded with international powers in 2015.

Analysts believe that the pressure on Tehran must be internal and external. No single variable can work alone and hence external and internal factors must be combined to besiege the Iranian regime. They noted that Biden’s visit could contribute to Tehran’s review of its position on the nuclear agreement, but provided that it is followed by a popular uprising that shakes the regime’s entity and forces it to listen to other voices, the voices of the international community.

During his visit to Israel, Biden said on Palestine issue: “I still see that the two-state solution is the best way, and for this reason we will discuss my continued support for the two-state solution, although I know it is not within your terms, but it is still in my view the best solution for a future of equal standards of peace, democracy and prosperity for the Palestinian and Israeli peoples.”