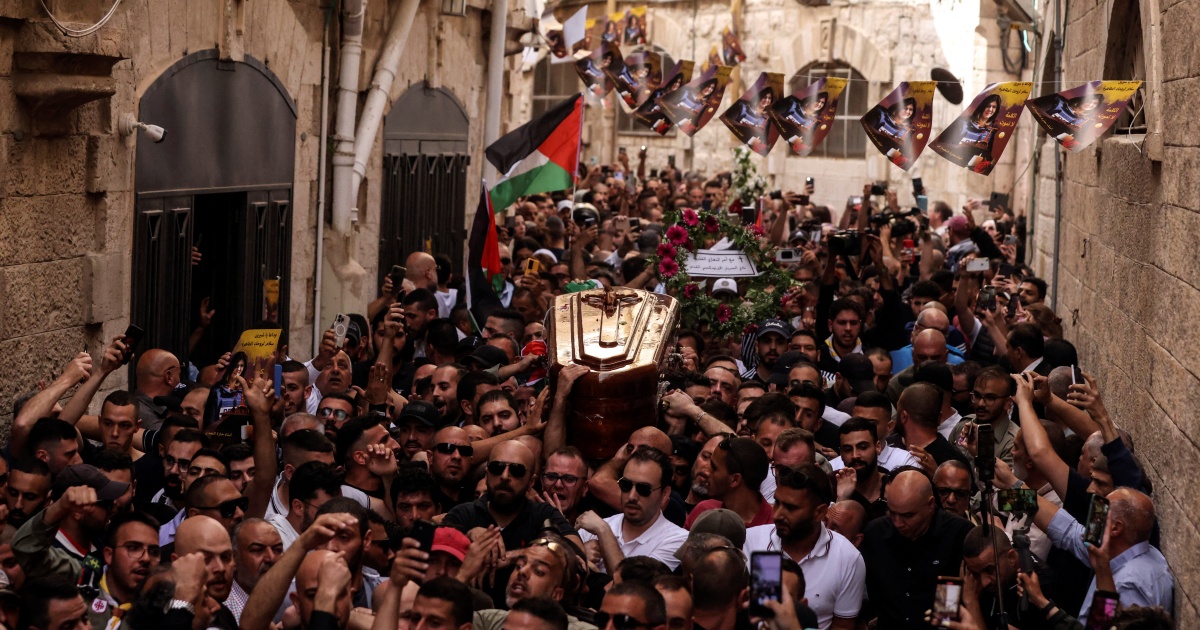 Abu Akleh was fatally shot by Israeli forces while reporting in the occupied West Bank.

Veteran Al Jazeera journalist Shireen Abu Akleh has been laid to rest in a cemetery in occupied East Jerusalem, three days after she was fatally shot by Israeli forces while reporting on a raid in the occupied West Bank.

Thousands of people gathered for Abu Akleh’s funeral on Friday, including family, friends, and those who only knew Abu Akleh as a mainstay for 15 years in Al Jazeera’s coverage of the occupied Palestinian territories and the lives of everyday Palestinians.

Some mourners hoisted Palestinian flags, with many chanting “Palestine, Palestine” as the coffin was moved from St Louis French Hospital in occupied East Jerusalem’s Sheikh Jarrah neighbourhood to a funeral service at Jaffa Gate in Jerusalem’s Old City and finally to the Mount Zion Cemetery, where Abu Akleh was buried next to her parents. 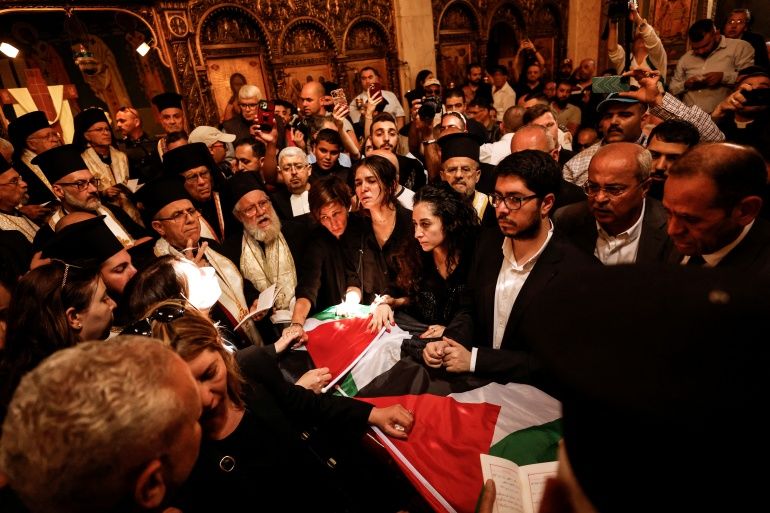 “She knew how much she was loved, but she was so humble, she never wanted to be at the centre of attention,” she said. “I think she would have been proud to see how the Palestinian people supported her and supported our family,”

Father Fadi Diab, the priest who conducted the funeral, told Al Jazeera that Abu Akleh’s killing would “have influence all over the world”.

“Shireen Abu Akleh was a messenger for Palestinians and for their rights,” he said. “Life is sacred and we’re not allowed to assassinate life. God created life not to be assassinated, but to be nurtured.”

“If someone imagined that the influence of Shireen will stop, no,” he said. “Now, she will have influence all over the world.”

Still, constant reminders of the Israeli occupation on which Abu Akleh so often reported loomed over the three days of memorials that preceded the burial. 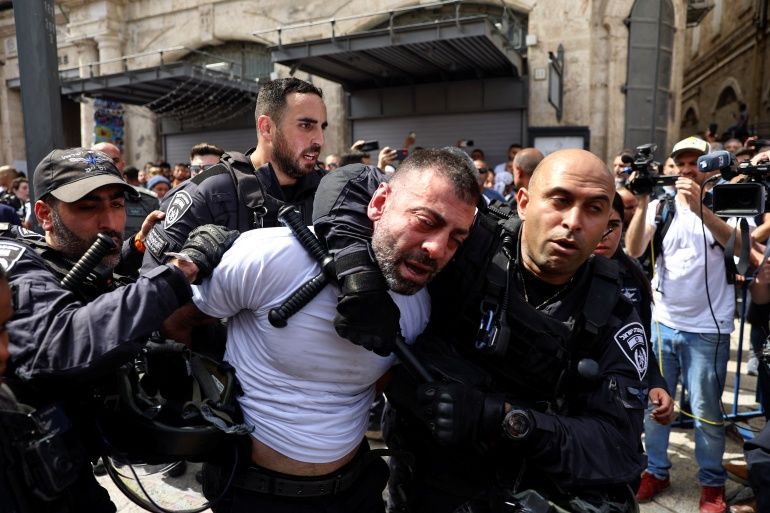 Israeli police entered the Al Jazeera veteran’s home on Wednesday, hours after she was killed, removing a Palestinian flag and telling mourners to turn down patriotic music.

On Thursday, the same day the slain journalist was laid in state at the Palestinian Authority’s Presidential Palace, her brother was summoned by Israeli authorities who warned him against mourners carrying Palestinian flags or chanting pro-Palestinian chants during memorial ceremonies.

Then on Friday, Israeli forces attacked mourners who attempted to walk with Abu Akleh’s coffin in occupied East Jerusalem.

Lina Abu Akleh recounted the event, saying Israeli forces “just stormed in, and they were beating up everyone, it was very frightening, to be honest.”

“This was a peaceful funeral, everyone was there to show their support and love. At the end of the day, even in her death, it was not done peacefully.” 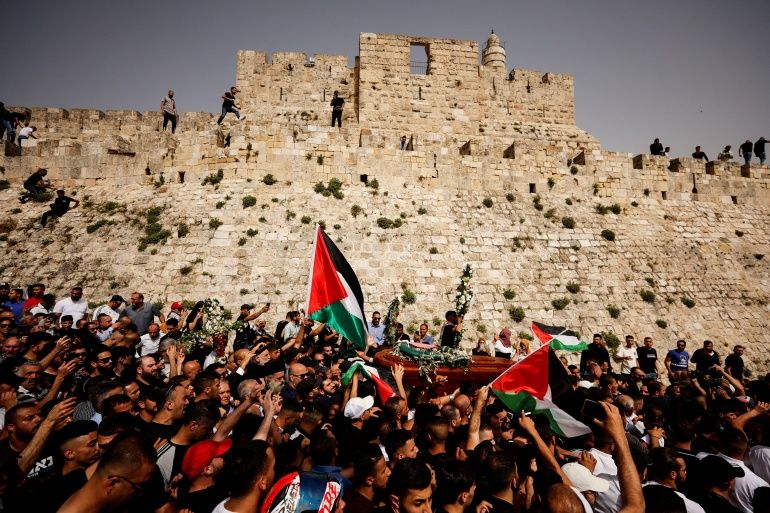 Palestinian human rights lawyer Diana Buttu said the mistreatment on the way to her final resting place underscored that, even after her killing, Abu Akleh continued to shine a spotlight on the abuses committed by Israel.

“So many people loved her and continue to love her,” Buttu said. “The strength of her reporting but also the love for Palestine.”

“She cared about how the occupation affected lives, telling people what the occupation means on a personal level,” she said. “She genuinely loved people and was outraged by the Israeli occupation.”