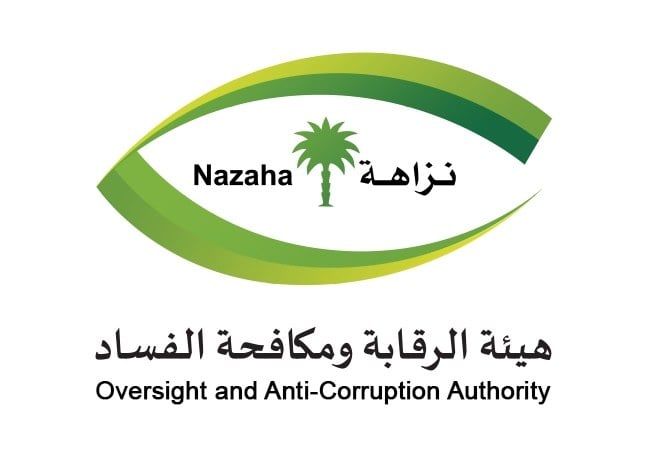 Saudi Arabia’s Oversight and Anti-Corruption Authority said on Tuesday that legal proceedings have begun in 18 criminal cases.
One case involves two consultants arrested for preparing medical reports stating they performed 18,953 operations they did not carry out. Instead they paid unauthorized doctors to perform the surgeries, and demanded payments of more than SR87.3 million ($23.2 million) from hospitals.

In another, a retired municipality employee was arrested for allegedly accepting money in exchange for approving plans for land use while he was employed by the city planning department, and of having deposits in his bank accounts totaling more than SR81 million with no legitimate explanation for the sources of the deposits.

A former employee of a sub-municipality was arrested for illegally awarding projects worth almost SR11 million to a commercial business he owns, and a lieutenant colonel in a police department was arrested for stealing SR755,900.

In the fifth case, the general manager and head of the accounting department at an equestrian club, and the manager of the human resources department, were arrested for stealing SR579,072 from the club’s accounts.

A worker responsible for overseeing the use of safe deposit boxes at a medical complex affiliated with the Ministry of Health was arrested for stealing SR276,333 from boxes used by patients.

Meanwhile a municipality worker and an employee of the National Water Company were charged with allegedly receiving SR200,000 from a businessman, who was also arrested, in exchange for illegally processing paperwork.

An employee at Civil Affairs was arrested for allegedly accepting SR149,150 from a citizen in return for illegally issuing three IDs for his children. The citizen, who was also arrested, was said to have sold the IDs for SR300,000 each.

In another case, two citizens were arrested for offering SR1.2 million in return for dropping a case against a relative that had been filed at the Directorate of Narcotics Control.

A resident was arrested after allegedly being caught paying SR50,000 in exchange for lifting a travel ban and suspension of services imposed on a relative. And an assistant to the head of a Ministry of Commerce office was allegedly caught receiving SR20,000 of a promised payment of SR80,000 in exchange for dropping a commercial concealment case.

In the twelfth case, two employees of a health department were arrested for accepting SR15,000 in return for a promise to employ a citizen. Meanwhile, an employee of the Saudi Technology and Security Comprehensive Control Company, the operating company of the Kingdom’s Saher traffic enforcement system, was arrested for receiving SR11,000 from a citizen in exchange for reducing the man’s traffic fines.

A resident and his wife were arrested for receiving SR8,450 in exchange for illegally issuing health certificates required for residents to work in a restaurant.

A high-ranking official in a municipality land department was arrested for paying another employee at the municipality, who was also arrested, SR2,000 to issue a technical report so he could change the location of four parcels of land and transfer ownership to himself.

In another case, a police colonel, an employee of an operating company at an airport, and the manager of a hotel were arrested for collaborating with a citizen, also arrested, to allow 89 people to reside illegally and attempt to enter the holy sites during this year’s Hajj season.

An employee at the Public Prosecution was arrested for disclosing confidential information about a case and the related investigation in return for personal gain.

And a citizen and a resident were arrested for illegally issuing medical exam certificates for the renewal of driving licenses in exchange for cash.

The Oversight and Anti-Corruption Authority said that it will continue to investigate and pursue anyone who exploits public office for personal gain or harms the public interest in any way. It added that guilty parties can be caught and be held accountable long after retirement, as crimes of this kind have no statute of limitations.

“The authority will continue to apply the law, with zero tolerance of corruption,” it added.