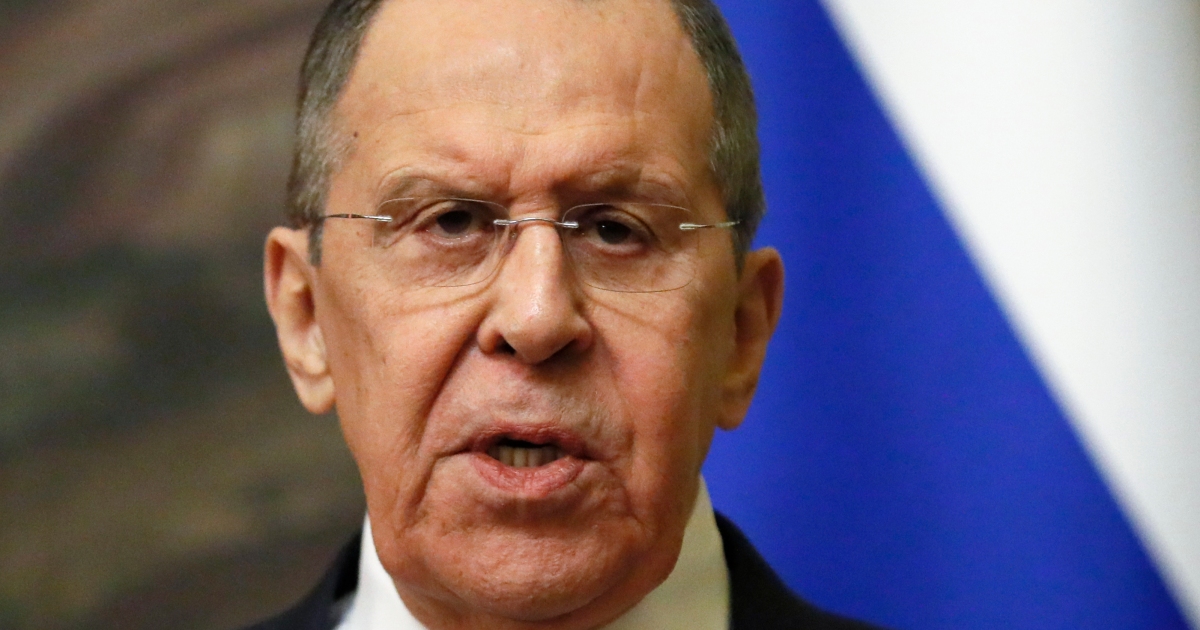 Israeli Foreign Minister Yair Lapid said on Monday that Lavrov’s comment was an “unforgivable” falsehood that tried to minimise the horrors of the Holocaust – the slaughter of six million European Jews and other minority groups by Nazi Germany.

Leaders from several Western nations denounced Lavrov, who had been asked how Russia could be pursuing its stated goal of “de-nazifying” Ukraine when Ukrainian President Volodymyr Zelenskyy himself is a Jew. Zelenskyy, whose country is a parliamentary democracy, accused Russia of having forgotten the lessons of World War II.

The Russian foreign ministry said in a statement on Tuesday that Lapid’s comments were “anti-historical” and “explain to a large extent why the current Israeli government supports the neo-Nazi regime in Kyiv”.

Moscow reiterated Lavrov’s point that Zelenskyy’s Jewish origins did not preclude Ukraine from being run by neo-Nazis.

“Antisemitism in everyday life and in politics is not stopped and is on the contrary nurtured [in Ukraine],” it said in a statement.

Israel has expressed support for Ukraine following the Russian invasion in February. But wary of damaging relations with Russia, a power broker in neighbouring Syria, it initially avoided direct criticism of Moscow and has not enforced formal sanctions on Russian oligarchs.

In the same light, Israel sent humanitarian aid to Ukraine and expressed support for its people, but the government did not join international sanctions against Russia.

That paved the way for Israeli Prime Minister Naftali Bennett to be able to try to mediate between the sides, an effort which appears to have stalled as Israel deals with its own internal unrest.

“After the Kremlin claimed that Israel supports Nazism, I have just one question. Is there any non-Nazi country in the whole world in Russia’s point of view? Except Syria, Belarus and Eritrea, of course,” Ukrainian presidential adviser Mykhailo Podolyak tweeted on Tuesday, mentioning countries that have supported what Moscow calls its “special operation” in Ukraine.

In a speech at the end of March to the Israeli parliament, Zelenskyy called on Israel to “make a choice” by supporting Ukraine against Russia, and asked the Jewish state to provide it with weapons.

Nazism has featured prominently in Russia’s war aims and narrative as it fights in Ukraine.

In his bid to legitimise the war to Russian citizens, President Vladimir Putin has portrayed the battle as a struggle against Nazis in Ukraine, even though the country has a democratically elected government and a Jewish president whose relatives were killed in the Holocaust.

Putin referenced the presence of units such as the Azov battalion within the Ukrainian military as one of the reasons for launching his so-called “special military operation”.

Azov is a far-right all-volunteer infantry military unit founded in 2014 to fight pro-Russian separatists in the Donbas region of eastern Ukraine. Its early members were ultranationalists and were accused of harbouring neo-Nazi and white supremacist ideology. The unit has since been incorporated into the National Guard of Ukraine.