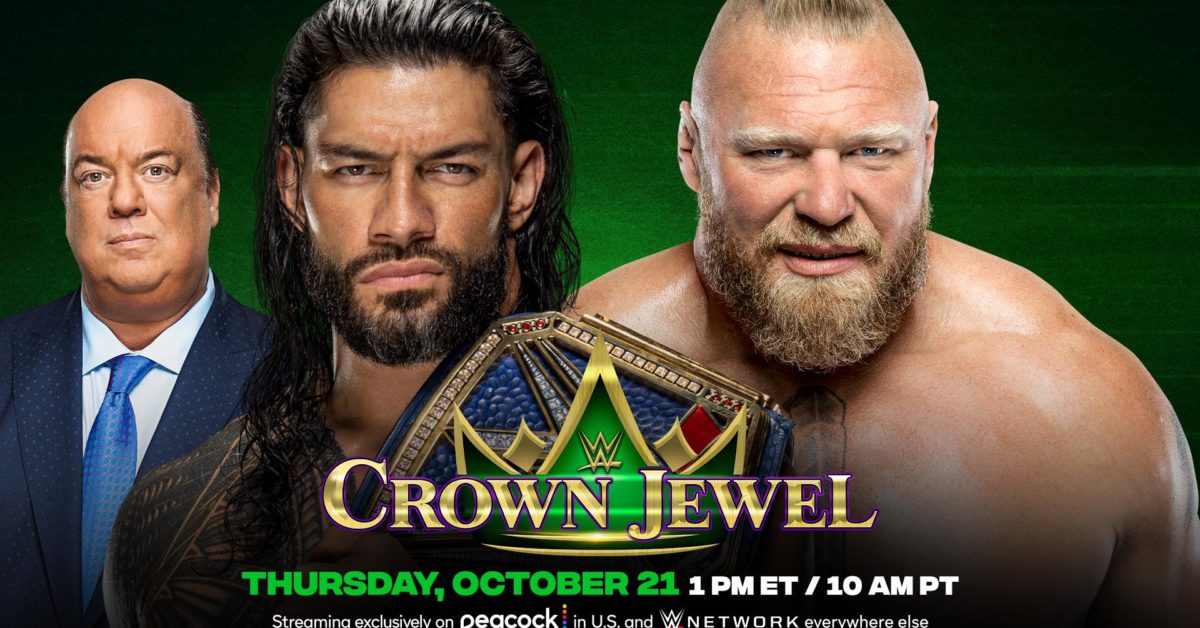 WWE has made it official: Roman Reigns will defend his WWE Universal Championship against Brock Lesnar. But it won't happen at Survivor Series or at any traditional WWE PPV. The match is set to take place at Crown Jewel in Saudi Arabia in October.

Roman Reigns will go head-to-head with Brock Lesnar at WWE Crown Jewel, but whether that contest will be for the Universal Championship depends entirely on what happens in The Head of the Table's title match against "The Demon" Finn Bálor at WWE Extreme Rules.

At SummerSlam, Reigns overcame 16-time World Champion John Cena in a hard-fought matchup, only to be surprised by the sudden reemergence of The Beast. Lesnar subsequently returned to SmackDown where he ordered his one-time Advocate Paul Heyman, turned Special Counsel to Reigns, to accept his challenge for a match against the dominant titleholder. Following Lesnar's scuffle with The Bloodline, The Head of the Table indeed accepted the challenge from The Conqueror, only to be greeted by The Demon, which reminded the WWE Universe that there is already an explosive Universal Title Match established for WWE Extreme Rules.

Regardless of whether the Universal Title is on the line, an epic showdown between Reigns and Lesnar is set in stone with the guarantee that destruction is sure to follow. Don't miss WWE Crown Jewel, Thursday, Oct. 21, at 1 p.m. ET/8 p.m. GMT on WWE Peacock in the United States and WWE Network everywhere else.

When WWE brought back Lesnar, many believed it was a response to AEW signing CM Punk and Bryan Danielson, or that WWE was hoping to revive their sagging ratings. But it wasn't any of that, it seems. WWE just wants that sweet Saudi Arabian Royal Family money… and if their roster ends up being detained at the airport for "engine troubles" again after Vince McMahon has a TV rights dispute with the government… well, that's just the cost of doing business, isn't it?