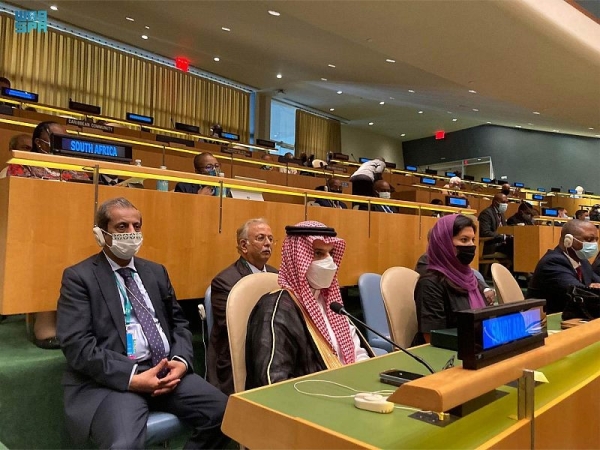 Foreign Minister Prince Faisal Bin Farhan led Saudi Arabia's delegation to the 76th annual session of the United Nations General Assembly in New York.
The 76th edition of the United Nations General Assembly (UNGA) debate week has kicked off from today, with world leaders from across the globe attending the meeting. The high-level affair has commenced from Sept.21, in New York.

This year, the main focus of the UN General Assembly 2021 meeting will be on the COVID-19 pandemic and climate change. The high-level debate week will run from Sept. 21 to 27. The UNGA 2021 session has kicked off under the Presidency of Maldives Foreign Minister Abdulla Shahid.
#COVID-19  #Covid