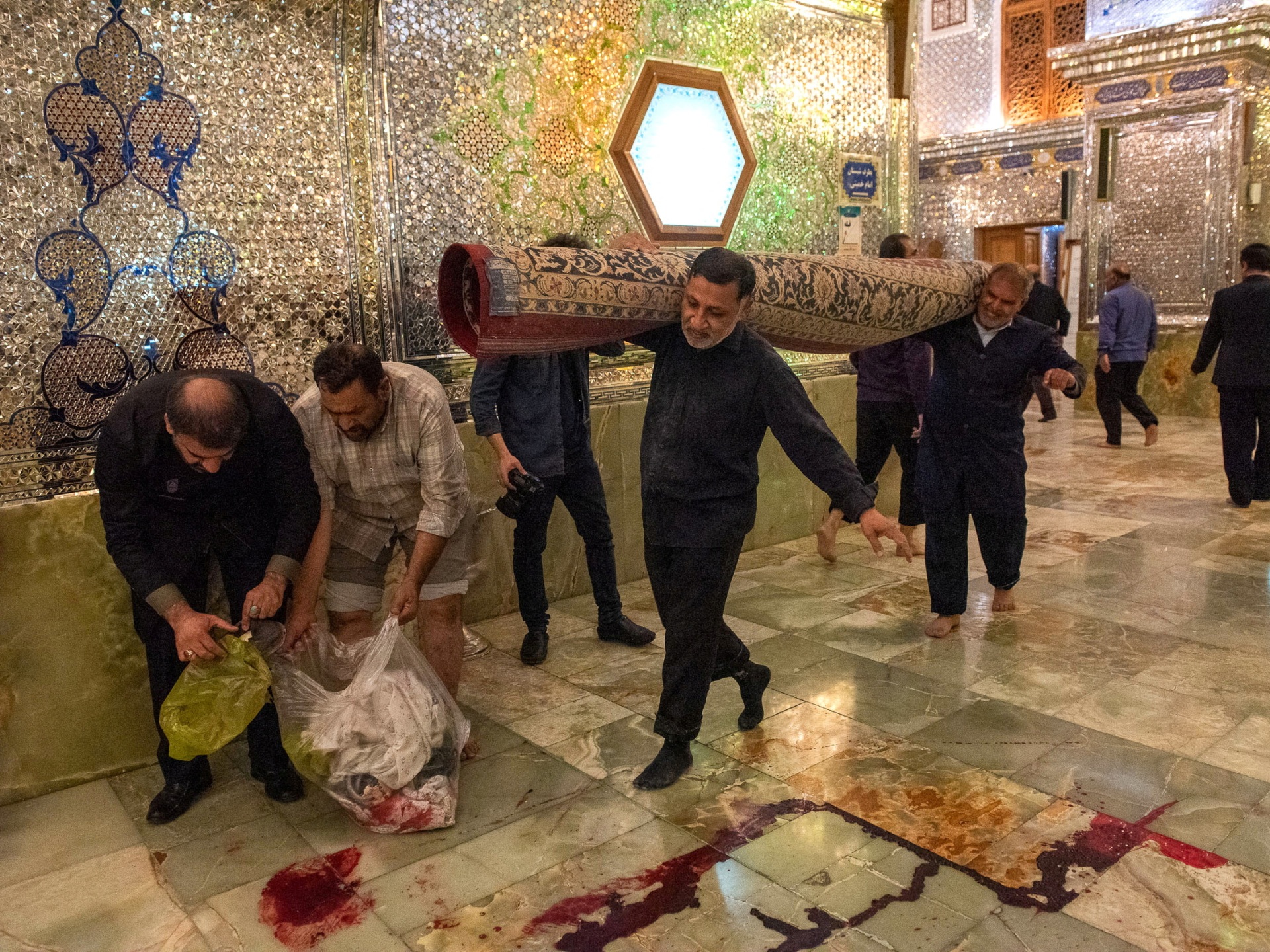 Iran’s President Raisi promised a ‘severe response’ following the Shiraz shrine attack, in an apparent attempt to link it to ongoing anti-government protests.

Iran’s President Ebrahim Raisi has said that “riots” pave the way for “terror” attacks, a day after a deadly assault on a shrine in the southern city of Shiraz was claimed by ISIL (ISIS).

“The intention of the enemy is to disrupt the country’s progress, and then these riots pave the ground for terrorist acts,” he said in televised remarks on Thursday, in an apparent attempt to link the shrine attack to ongoing anti-government protests in the country.

At least 15 people were killed on Wednesday in an attack on an important Shia Muslim shrine in Shiraz, according to official media.

State television said it was carried out by an armed attacker during evening prayers at the Shah Cheragh shrine, and left at least 19 people wounded.

The assailant was a man “in his 30s” who had been detained by the security forces, officials said.

ISIL, which once controlled vast swaths of territory across Syria and Iraq, has claimed previous violence in Iran, including deadly twin attacks in 2017 that targeted parliament and the tomb of the Islamic Republic’s founder, Ayatollah Ruhollah Khomeini.

“We firmly declare: The fire of revenge of the people of Iran will finally catch up with them and punish them for their shameful deeds,” Hossein Salami was quoted as saying by the semi-official Tasnim news agency on Wednesday.

Raisi had also promised “a severe response”, and condemned “the enemies of Iran” who attempt to “divide the united ranks of the nation… through violence and terror”.

The sentiment was shared by Supreme Leader Ayatollah Khamenei, who has called for unity after the shrine attack, saying those behind it “will surely be punished”, state television reported.

“We all have a duty to deal with the enemy and its traitorous or ignorant agents. Security bodies, the judiciary, activists in the field of thought … and the people must be united against …disregard for people’s lives, security, and sanctities,” Khamenei said in a statement read on state TV.

The shrine attack came as thousands of people paid tribute to Mahsa Amini, 40 days after her death in police custody.

Dozens of people, mainly protesters but also members of the security forces, have been killed during the unrest that was triggered by the 22-year-old’s death on September 16 after her arrest by the morality police in Tehran for allegedly violating the country’s strict dress code for women.

Hundreds of people, including women, have been arrested.

Iran’s judiciary has charged more than 1,000 people arrested in connection with the protests.

At least four were charged with an offence that can carry the death penalty, while others have been accused of “acting against the country’s security”, “propaganda” against the government and “assaulting security forces”.

Officials had said that hundreds of those who were not involved in the “riots” had been released.