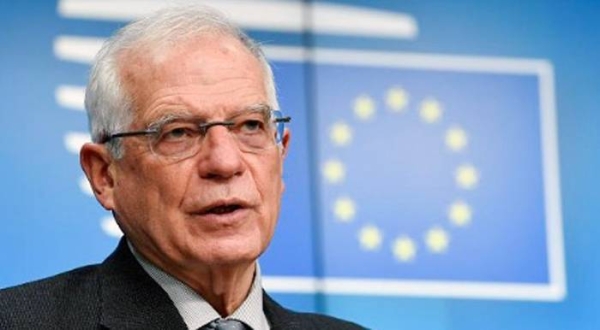 For decades now Europe looked at the Gulf Cooperation Council (GCC) countries as merely provider of energy to keep the industrial, economic and trade machines of Europe rolling, or as investors to boost European economies.
But recent developments show that Europe has shed this energy-supplier image of the Gulf for a more realistic and pragmatic approach to strengthen the strategic partnership and cooperation between the 27-member bloc and the six-member GCC.

The emergence of a small Gulf country like Kuwait as a major global humanitarian player and a significant mediator to sort out inter-Gulf differences contributed to the re-evaluation by EU leaders of their policies towards the Gulf region.

This Kuwaiti realpolitik has won widespread kudos and admiration from EU leaders. This was very clearly highlighted in a joint statement by the President of the European Council, Charles Michel, the President of the European Commission Ursula von der Leyen and the EU High Representative Josep Borrell on the passing away of the late Emir Sheikh Sabah Al-Ahmad Al-Jaber Al-Sabah in September 2020.

"Under His Highness's leadership, widely regarded as the architect of modern Kuwaiti's foreign policy, Kuwait assumed the role of a respected international partner and regional mediator. His vision steered a foreign policy that placed Kuwait among the European Union's close partners.

“The European Union has been a staunch supporter of the indefatigable efforts of the Emir to promote dialogue towards the settlement of disputes in the Gulf region," it noted.

Moreover, Borrell in his recent blog stressed, "Gulf states are increasingly interested in taking on global responsibilities and are ready to engage with us."

Qatari's role in resolving the crisis in Afghanistan has also won widespread appreciation in Europe and elsewhere. Qatar is a country that plays a strategic role in dealing with the new situation in Afghanistan and is going to play a very important role in facilitating messaging to the Taliban about the expectations of the international community, and particularly from the European Union, Borrell noted in his blog.

Meanwhile, the last three months saw a series of EU-GCC meetings and visits which are expected to intensify and expand in the year 2022. Borrell met with GCC ministers in the margins of the General Assembly of the United Nations in New York on Sept. 21.

This was followed by his first official visit to the Gulf including the UAE, Qatar and Saudi Arabia in late September and early October. In Riyadh he said that the EU is the second biggest trading partner of Saudi Arabia and the biggest foreign direct investor.

"But we want to go beyond economics and to widen the scope of our interaction — to make it more strategic, also on regional issues and global challenges such as the green transition, climate change or digital revolution," he said.

"The Gulf wants an increased European Union presence and we have a strategic interest to engage with them. They play a key role on foreign policy issues," Borrell told a press conference after the meeting.

Borrell announced that in order to strengthen EU-GCC relations, there will be an EU-GCC foreign ministerial meeting in early next year and that he will also be working on policy paper on the Gulf, which will be ready by next Spring.

On Oct. 23, Kuwaiti's Ambassador to the EU Jasem Al-Budaiwi hosted a lunch for the Middle East Working Group of the EU External Action Service which was attended by representatives from all the 27 EU member states as an expression of support to strengthen ties with Kuwait.

During the meeting, Al-Budaiwi stressed the importance of the European presence in the Gulf region in light of the political, economic developments in all the six Gulf Cooperation Council countries: Bahrain, Kuwait, Oman, Qatar, Saudi Arabia and the UAE.

Then, the European Parliament's delegation for relations with the Arab Peninsula (DARP) paid a visit to Bahrain and Kuwait from Nov. 1-4 in order to hold Inter-Parliamentary meetings with the two Gulf States.

In a statement released on Nov. 9, DARP praised the human rights record as well as freedom of expression in Kuwait. During the visit to Manama, they discussed the state of EU-Bahrain relations, the perspectives of improvement of bilateral trade relations, as well as the modernization of the Bahraini economy in accordance with the ambitious "Bahrain Economic Vision 2030".

Earlier on Sept. 28, EU and Saudi Arabia held their first ever Human Rights Dialogue in Brussels that offered an opportunity to have detailed discussions on a wide range of topics.

The EU in a statement welcomed the reforms that are taking place in Saudi Arabia, particularly in the socio-economic domain, and said significant steps have been taken to advance women's rights in Saudi Arabia.

One irritant that still remains in GCC-EU ties is the Free Trade Agreement, which has not been signed as yet despite 20 years of negotiations. It is hoped that in the new positive climate in EU-Gulf ties, talks on the FTA will resume and lead to positive conclusions, as a new era begins in the relationship between the two blocs.
#Afghanistan