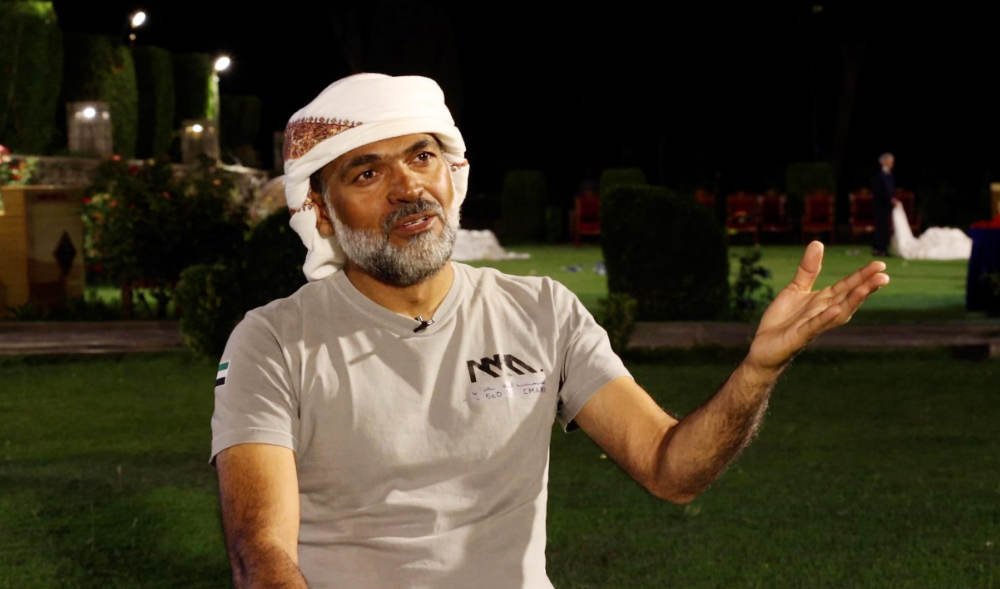 When he scaled K2 last week, Saeed Al-Memari became the first Emirati to reach the top of the world’s most-dangerous mountain, a feat that he told Arab News has also become a milestone in his “special mission of peace.”

The 8,611-meter-tall K2 is located in the Karakoram mountain range, which lies partly in the Gilgit-Baltistan portion of the Kashmir region under the administration of Pakistan and partly in a Chinese-administered enclave of Kashmir within the Uygur Autonomous Region of Xinjiang.

It is the world’s second-highest mountain after Mount Everest (8,849 meters), and is known as the Savage Mountain because its challenging terrain and treacherous weather make it one of the most difficult peaks to climb. One in every six people trying to try and climb K2 has died in the attempt.

On July 22, Al-Memari joined the record number of 87 climbers who have summited K2 this summer season. It is not Al-Memari’s first UAE mountaineering record; in 2011 he became the first Emirati to scale Everest. 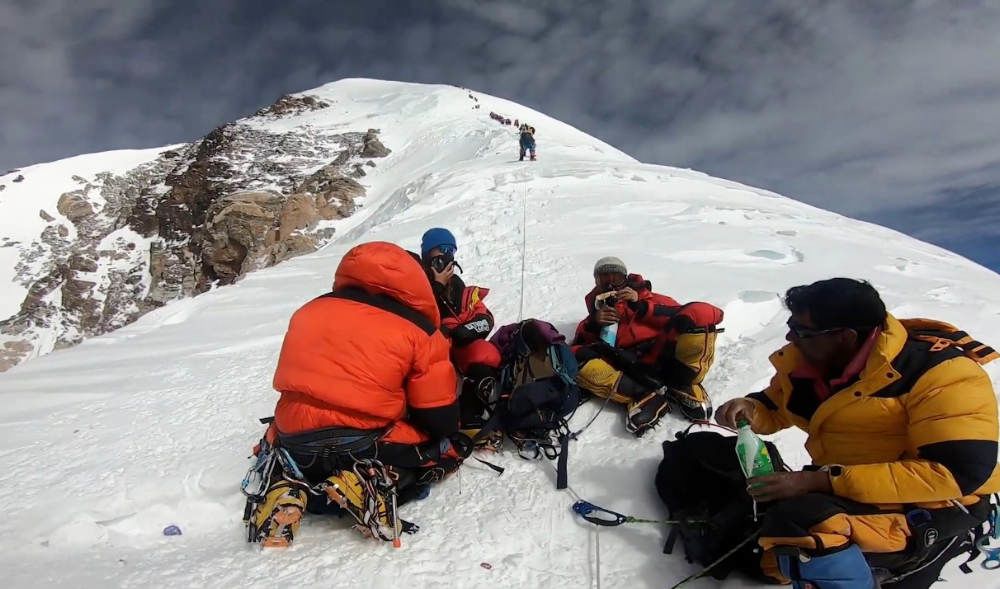 Fujairah-born Saeed Al-Memari, the first Emirati climber to summit K2, is seen with other mountaineers attempting the K2 peak on July 22.

“I have climbed more than 100 mountains around the world so far. And this (K2) was a big challenge for me but, by the blessing of God, I made it,” Al-Memari told Arab News in an exclusive interview earlier this week.

This year’s record number of ascents, he believes, may encourage more Arab mountaineers to conquer the world’s toughest peak.

“Many mountaineers in the Arab world would love to climb K2,” he said. “This year has seen the biggest number of successes on K2, I think. That will open the door for Arab climbers to climb K2.”

For the 45-year-old Fujairah-born mountaineer, the success was part of his “Peak for Peace” mission, which involves him climbing the world’s highest summits to spread a message of tolerance and love from his motherland.

“I was born in the mountainous region of UAE. And my dream was to see my (country’s) flag and peace message on top of the highest mountains in the world,” he said. “I just want to send the message of peace, because our religion is based on peace.”

Among the mountains Al-Memari has already scaled are the Seven Summits — the seven highest mountain peaks on each of the seven continents — and the Broad Peak (8,051 meters), the first mountain he has climbed in Pakistan. And he already has his eyes set on a second Pakistani peak.

“If I get the chance by next year, I will do Nanga Parbat” he said, referring to the 8,126-meter-high Himalayan peak.

Pakistan and its people hold a special place in Al-Memari’s heart. “(They are so humble). I feel they are my family,” he said.

“I have seen the love the Pakistani people have for the UAE. It’s something I cannot explain in words,” he continued. “Once you visit Pakistan, you will feel are at home and enjoy the beauty.”

But Al-Memari is concerned for the future of that beauty, especially the country’s iconic peaks, which have, lately, been attempted by inexperienced climbers looking for thrills.

“They are destroying the beautiful mountains,” Al-Memari said. “We need more rules to manage the mountains, so that the next generation can enjoy their beauty too.”