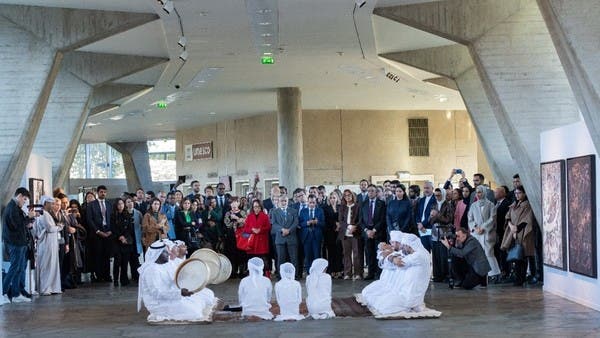 Culture is a prerequisite for peace in the world: UAE Minister Noura Al Kaabi

The UAE Minister of Culture and Youth, Noura bint Mohammed Al Kaabi, attended the fifth edition of the Paris Peace Forum held on November 11 and 12, 2022.This year the theme of the annual forum was ‘Riding out the Multicrisis’ and preventing a destructive world polarization that risk jeopardizing global collective efforts addressing humanity’s most critical challenges.

Leaders and representatives of states, international organizations, businesses, development banks as well as foundations and NGOs from around the world convened at the forum to forge solutions and take actions to mitigate global challenges. 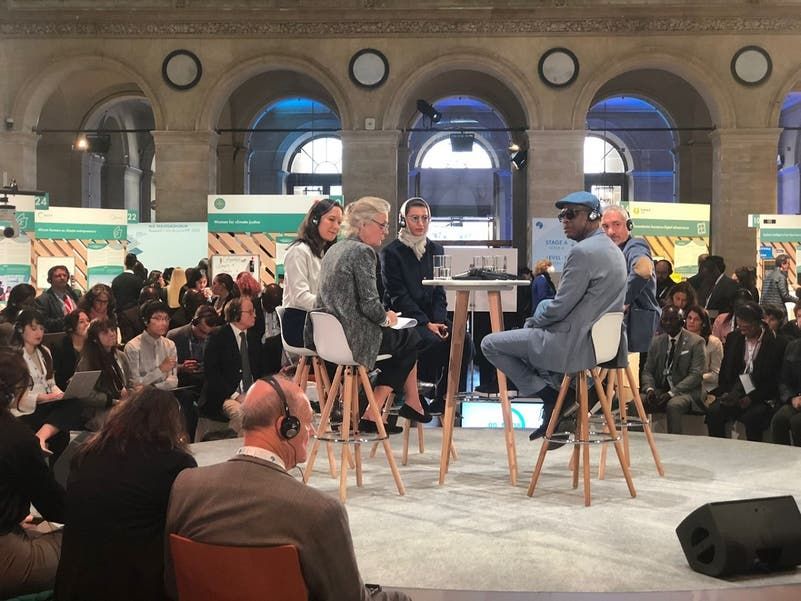 On the panel, Noura Al Kaabi was joined by Youssou Ndour, Artist and Former Minister of Culture of Senegal; Ernesto Ottone, Assistant Director General for Culture, UNESCO; and Mariko Silver, President, Luce Foundation.
Speaking on a panel targeting the embedding of culture at the core of policies and cooperation, Noura Al Kaabi shed light on the UAE’s firm commitment to culture and the significant role it plays with regard to the country’s regional and global cooperation efforts.

On the panel, she was joined by Youssou Ndour, Artist and Former Minister of Culture of Senegal; Ernesto Ottone, Assistant Director General for Culture, UNESCO; and Mariko Silver, President, Luce Foundation. The session was moderated by Nathalie Delapalme, Executive Director of the Mo Ibrahim Foundation.

The discussion was attended by diplomats, government representatives, private sector players as well as journalists and media representatives from around the world who convened in Paris to attend the conference.

Speaking about culture and its significance in the global arena, Noura Al Kaabi said that “culture is a way of life, a mix of the old and the new, what we inherited from our forefathers and how we place it in the current context. Culture promotes social cohesion and enhances people-to-people interactions and is a prerequisite for peace in the world.”

She further added that in the UAE, sustainability, diversity and dialogue are the pillars of culture and it is these values that spur growth, opportunity, and creativity. The notions of tolerance, fraternity and coexistence, are deeply ingrained in the UAE’s cultural tapestry today.

The UAE Minister said that it is very important to inculcate culture among the youth and allow them to explore creatively the bridging of their heritage with the opportunities of the future.

“From early education to higher education, we endeavor to enhance national identity, Emirati culture, positive values and the Arabic language among students, and to integrate them in educational curricula, programs, activities, and teaching methodology.”

She also added that a robust cultural and creative sector remains at the heart of the UAE’s growth strategy and to give it a further boost, the UAE has been rallying for the amplification of culture and arts education.

“We proposed a framework for culture and arts education at the 211th session of the UNESCO Executive Board last year, which was unanimously adopted by the member states,” she noted.

Commenting on cooperation in culture, the Minister said: “Opening of the Louvre in Abu Dhabi is testimony to the UAE-France relations and an example of how art and culture transcend boundaries. This month we are celebrating the fifth anniversary of the opening of Louvre Abu Dhabi.”

“We also promote tolerance, coexistence and diversity with our global projects such as Revive Spirit of Al Mosul in Iraq, a multistakeholder project that showcases cultural cooperation on a global level.”

Noura Al Kaabi also cited the Expo 2020 Dubai, as one of the greatest cultural events in the world. She said that the UAE successfully congregated more than 190 countries of the world to showcase their cultural, business, and diplomatic offerings at the Expo. The whole world came together under the Al Wasl Dome or the “dome of connection,” to forge stronger bonds and highlight common human values.

Majlon at the UAE Embassy in Paris

The Minister also addressed the Majlon at the UAE Embassy in Paris on Saturday and spoke in detail about the UAE’s contribution to the Revive the Spirit of Mosul project.

Majlon is a series of events launched by the UAE Embassy in Paris that convenes prominent voices from France and the UAE around key issues of mutual interest, in order to further deepen French-Emirati ties.

She said that the Revive the Spirit of Mosul Project is much more than a brick-and-mortar initiative and has a far greater impact because of what it symbolizes, from hope to opportunity and to growth that echoes far beyond Mosul. Giving the people of Mosul tangible engagement in the process of rebuilding as partners.

“The UAE jointly undertook Revive the Spirit of Mosul with UNESCO and the government of Iraq four years ago. This project is very close to my heart and the leadership of the UAE regards it as one of the most significant peace initiatives for bridging cultures and promoting the heritage of humanity,” she said.

“The Al Nouri Mosque had stood the test of time and gathered Muslims for prayers through centuries. The destruction of the site was a personal blow to many of us. Today, through sustained joint efforts of the locals, the UAE’s and European Union’s financial support and UNESCO’s rehabilitation expertise, Al Nouri is beginning to come back to life. Hundreds of Iraqis performed Eid Al Adha prayers in the courtyard of Al Nouri Mosque this July for the first time in five years. The site recently celebrated Al Maled to mark the birth anniversary of the Prophet.”

“The project that began with the idea to rebuild the mosque and its minaret soon took two churches -- Al Tahera and Al Sa'aa -- in its fold, a reflection of our commitment to pluralism and religious diversity,” Al Kaabi added.

The Minister thanked UNESCO, the European Union, and the Iraqi authorities for joining hands with the UAE and their efforts in rehabilitating Mosul. She concluded her speech by saying that “work is underway to create a thriving and bustling city of Mosul inspiring hope for the future.”