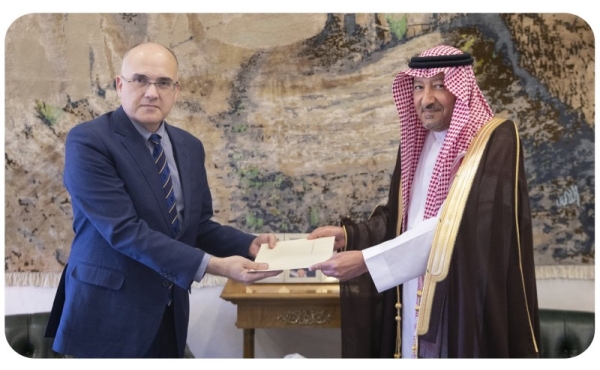 Crown Prince Mohammed bin Salman, deputy premier and minister of defense, has received a letter from the President of Costa Rica, Rodrigo Chaves, regarding the solid and close bilateral relations that connect the two friendly countries and peoples and means to develop them at all fields.
On behalf of Minister of Foreign Affairs Prince Faisal bin Farhan, Deputy Minister of Foreign Affairs Waleed Al-Khuraiji received the letter at the ministry’s headquarters while receiving non-resident Ambassador of Costa Rica to Saudi Arabia Francisco Chacon Hernandez.

According to the Saudi Press Agency (SPA), the two sides went over bilateral relations between the two countries, means to enhance them in various fields, and exchanged views on issues of mutual interest.
#Costa Rica