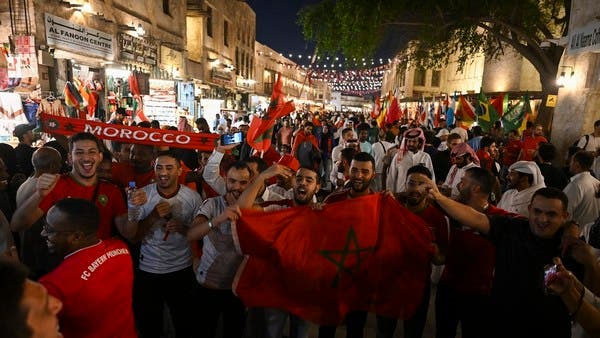 Moroccans wildly celebrating their team’s historic World Cup knockout victory over Spain on Tuesday were joined by people across the Middle East and North Africa ecstatic at what they saw as a victory for the entire Arab world.

Arabs from Baghdad to Tunis cheered as Morocco became the first Arabic-speaking country to reach the quarterfinals of the World Cup in Qatar, the first to be held in an Arab country.

In Rabat, where fans had crowded cafes for hours beforehand to watch the game, people jammed downtown roads leading to a square where fans had partied after previous Moroccan victories, flags waving from their windows and horns furiously sounding.“

It’s the first time I had this feeling!” said Fahd Belbachir, on his way to the city center. “We’re so proud.”

Leaders from across the Arab world showered praise on the Moroccan side.

“Congratulations to the Atlas lions, you delighted us. Wow Morocco, you did it again!,” Queen Rania of Jordan wrote on Twitter.

In Rabat, Brahim Ait Belkhit said the spontaneous mood of joy was so great that he had patched up a feud with somebody he had avoided for years and then saw in the street. “It made us forget our old quarrel,” he said. 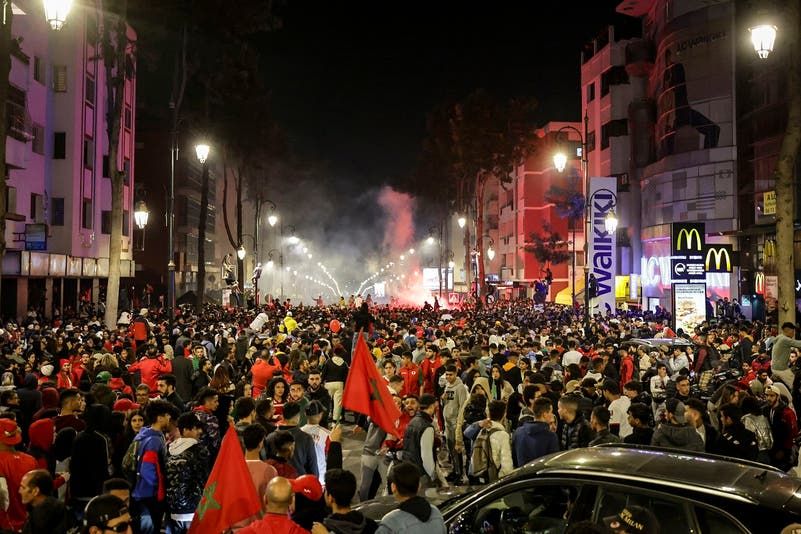 Moroccans celebrate their team's victory after the Qatar 2022 World Cup round of 16 football match between Morocco and Spain, in Rabat, on December 6, 2022.

Cheers also went up in Tunis, Beirut, Baghdad, Ramallah and other cities as Arabs rejoiced at the largely unexpected win over highly fancied Spain. It echoed the pan-Arab pride that has surfaced during several memorable performances by Arab sides at the Qatar World Cup.

Outside the stadium in Doha, where Moroccan fans had appeared to vastly outnumber Spaniards with more than 44,000 people attending, women raised their voices in ululation and men banged drums in a spontaneous dance party.

"I grew up watching big Spanish teams Barcelona and Madrid. So to beat a huge country like Spain is a huge victory for Morocco,” said Moroccan national Taha Lahrougui, 23, who lives in Doha.

Ahmed Inoubli, half Tunisian, half Algerian, living in Doha and married to a Moroccan woman said “nothing is impossible” at the World Cup. 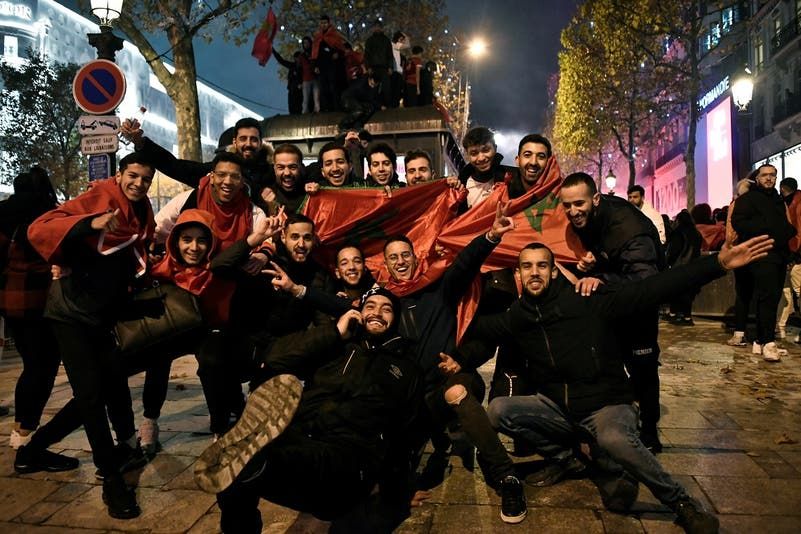 Morocco supporters wave national flags to celebrate after their team won the Qatar 2022 World Cup football match between Morocco and Spain on a street in Paris on December 6, 2022.

“We have an Arab team. Look at these fans. Do you think they are all Moroccan? No - just Arabs,” he said gesturing towards the enormous, joyful crowd.

Qatar’s Emir Tamim watched the game in the stadium, giving a thumbs up sign and holding the Moroccan flag, and congratulations for the winning team quickly poured in from Arab leaders.

“This is a win for all Arabs, not just Morocco and the joy is even greater since it was achieved on Arab soil,” said Hazem al Fayez, a Jordanian who was honking his car in the center of Amman along with friends.

“Today Morocco granted victory to all Arabs,” said Hassan Salim, a Palestinian watching the game in the West Bank city of Ramallah.

“I think it’s a great and much-needed win for the youth of the Arab world and especially the youth of Morocco,” said Ralph Beydoun, 31, in Beirut.

At a Tunis cafe, fans clapped and sang as the game finished. “It is a historic win and Morocco is honoring all Arabs and Africans,” said Nourredine Sassi, who had been watching with friends.

Morocco is also the last African team left in the tournament and only the fourth to ever reach the quarterfinals after Cameroon in 1990, Nigeria in 1994 and Ghana in 2012.

“This is a dream come true. We won - and Africa won with us,” said Lahcen Damolay, a teacher in the crowd cheering their country’s victory in central Rabat.