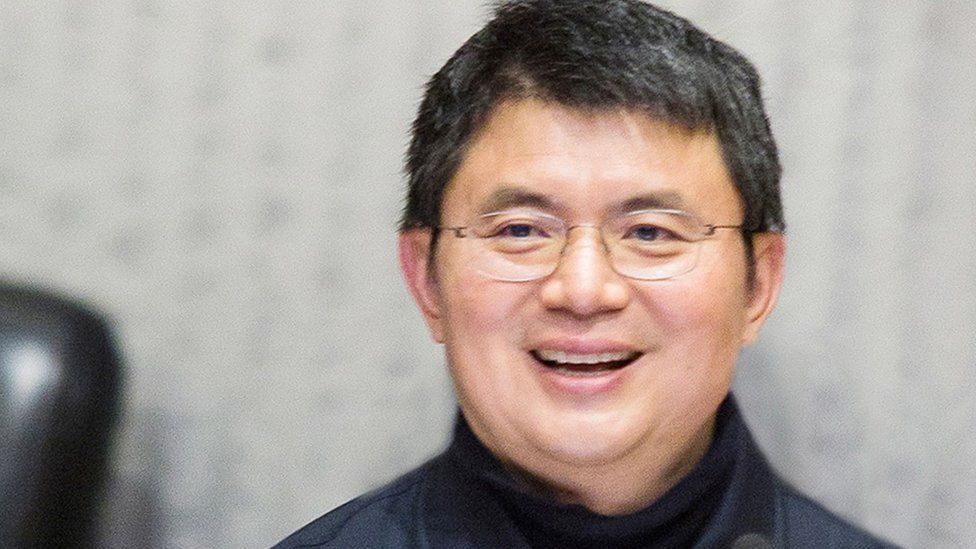 Canadian officials say they have been barred from the trial of billionaire Xiao Jianhua by Chinese authorities.

The Chinese-Canadian tycoon's trial was said to have started on Monday, five years after he disappeared from a luxury Hong Kong hotel.

His case remains shrouded in secrecy, and the authorities have not specified what charges he faces.

Chinese officials have yet to comment publicly on the trial, or say where it is taking place.

On Tuesday Canada's embassy in China said their consular officials had made "several requests" to attend the trial proceedings, in a statement to the BBC.

"Our attendance was denied by Chinese authorities."

The statement added embassy officials were "monitoring this case closely", and would "continue to press for consular access".

The trial was due to begin on Monday, the embassy said earlier.

Chinese foreign ministry spokesperson Zhao Lijian said on Tuesday he had "reached out to relevant departments" when asked about the trial during a daily press briefing, but said he was still "waiting for their response."

What happened to Xiao Jianhua?

In 2017, Mr Xiao was whisked away from the Four Seasons Hotel in Hong Kong, where he was understood to have been living at the time.

His family filed a missing person's report with Hong Kong authorities after he disappeared, but withdrew it a day later, saying they had "regained contact" with Mr Xiao.

Hong Kong police said surveillance footage at the scene showed Mr Xiao did not leave the hotel under duress, but refused to release the footage.

Mr Xiao later issued a statement that was run on the front page of a popular newspaper saying he was receiving medical treatment abroad. He also praised the "rule of law" in China and said that he had not been kidnapped and taken to the Chinese mainland.

His company also released statements on his behalf saying he was fine, though these were later removed.

The incident sent shockwaves through Hong Kong at the time. It raised many questions about Beijing's reach and deepened fears that residents could be forcibly taken by Chinese agents to face trial on the mainland.

Those fears would later spark some of the largest protests Hong Kong had ever seen in 2019, after authorities attempted to introduce a bill that would allow these extraditions to take place.

His disappearance took place at a time when China was cracking down on conglomerates.

Since then regulators have seized nine enterprises linked to Mr Xiao's investment firm Tomorrow Holdings, which had arms in the finance, insurance, real estate and coal industries.

Mr Xiao had also owned non-controlling stakes in banking and insurance companies, and was known to have built strong connections with families of Communist leaders after he sided with the party against student protests in Beijing in 1989.

By 2016, his net worth had grown to an estimated $6bn (£4.7bn) according to Hurun Report, a ranking of China's wealthiest people.