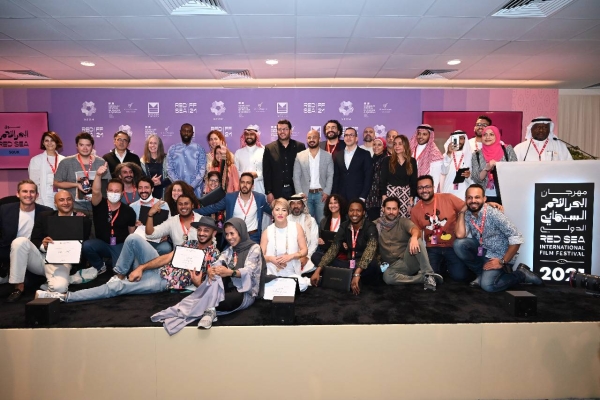 All films in the Red Sea Souk were deliberated on by two separate juries for the Project Market and the Works-in-Progress to grant the Red Sea Souk Awards, which featured four days of industry talks, workshops, an active project market and networking sessions.

Furthermore, the two Red Sea Lodge Awards each with a grant of $100,000 were awarded to the winners ‘The Zarqa Girl’ by Zaid Abuhamdan and ‘The Photographer of Madinah’ by Dalyah Bakheet. There was an additional Red Sea Souk Award, the Special Mention Award with a grant of $15,000 awarded to ‘Birthday’ by Lara Zeidan.

Zain Zedan, Red Sea Souk Manager, said: “Today we presented the Souk awards to an exceptional selection of new and established voices in filmmaking, including numerous women powerhouses. We are so proud of the creativity and talent displayed today and we would like to congratulate them on their momentous achievements, we can’t wait to see what more they accomplish in elevating the Saudi film industry.”

Leyth Production, Tunisian-based film production company, presented the Leyth Production Award consisting of Sound Mixing by S.G., sound designer, in Auditorium 7.1 equivalent to $15,000 to the winner ‘Abdelinho’ by Hicham Ayouch to their film in post-production. Meanwhile, Arab Cinema Center (ACC), an international promotional platform for Arab cinema, presented the Arab Cinema Centre Award with participation in the 2022 Rotterdam Lab to the Saudi winner ‘Zeba’ by Arar Qarim, and ‘Seeking Haven for Mr. Rambo’ by Khaled Mansour.