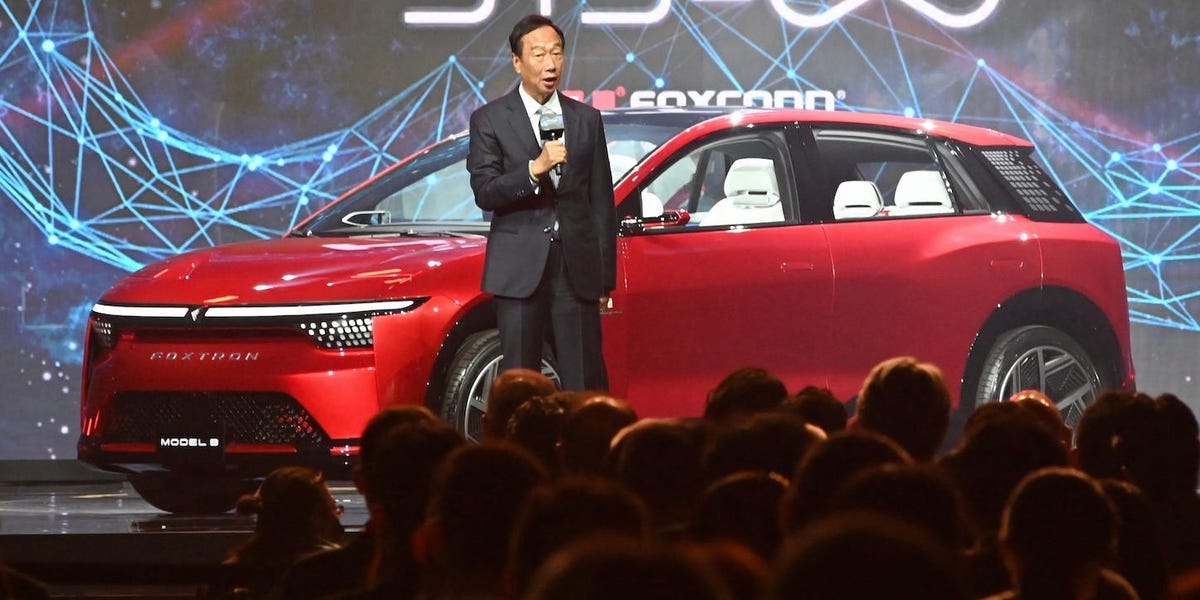 And no, we're not talking about Apple's long-rumored autonomous vehicle, which Bloomberg reports has been delayed to 2026. Nor is Google cooking up a Tesla rival of its own.

Foxconn, the Taiwanese electronics giant that assembles all manner of popular devices including the iPhone, iPad, Kindle, and Nintendo Switch, is diving head-first into the world of electric vehicles. But rather than sell EVs under its own brand, it wants to design and manufacture cars for established automakers and the new crop of EV startups.

In other words, what Foxconn currently does for Apple, it hopes to do for Tesla. In October, Foxconn's chairman said the company aims to someday make 40-45% of the world's EVs, matching the success it's achieved in electronics. 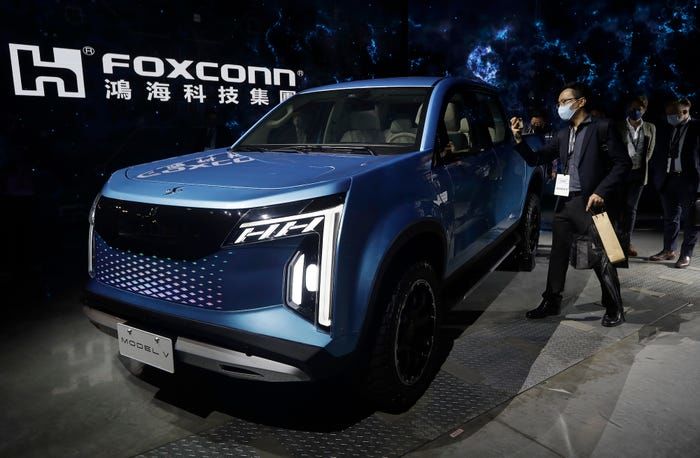 Fisker, another EV upstart, has tapped Foxconn to manufacture its second vehicle, the Pear, in Ohio starting in 2024. Foxconn will also build prototypes for yet another startup, Indi EV. And it's inked a partnership with Taiwan's Yulon Motor.

Foxconn's foray into EVs is a savvy move, Bill Russo, founder and CEO of Automobility, a Shanghai-based auto-industry consulting firm, told Insider. The company has found great success shouldering the capital-intensive parts of manufacturing electronics, in part because it's able to buy components in such large volumes. And, he said, it's well-positioned to do the same for EV makers, who are eager to reduce the enormous investments required to develop and bring a car to market.

Plus, vehicles are becoming increasingly internet-connected and computerized, requiring more and more of the electronic components that Foxconn is familiar with.

"That sounds a lot like the devices that Foxconn builds today. A lot of screens, a lot of chips, a lot of stuff that they know how to buy in significant enough volume" to drive down costs, Russo said.

Tu Le, managing director of automotive consultancy Sino Auto Insights, says Foxconn's entry will be a boon for the EV startups that don't have the cash to build their own factories. US upstarts Rivian and Lucid have spent huge sums setting up plants of their own, but not all fresh-faced EV companies have that sort of access to capital.

"There's going to be a lot of asset-light EV startups that are going to come out in the next 24-30 months in the United States, and they're going to need a factory with capacity that can sell them a finished good at a wholesale price," he said.

And Le could see existing automakers without strong union ties — like Tesla — outsourcing production to Foxconn someday. But first, the company will have to prove it can churn out electric SUVs and pickup trucks to the same the same standard as its iPads and iPhones.

"It's a ton of opportunity in front of them if they can prove that the first vehicles that roll off the line in Ohio are at the highest quality, highest reliability, highest safety standards that Americans expect," Le said.
#Tesla