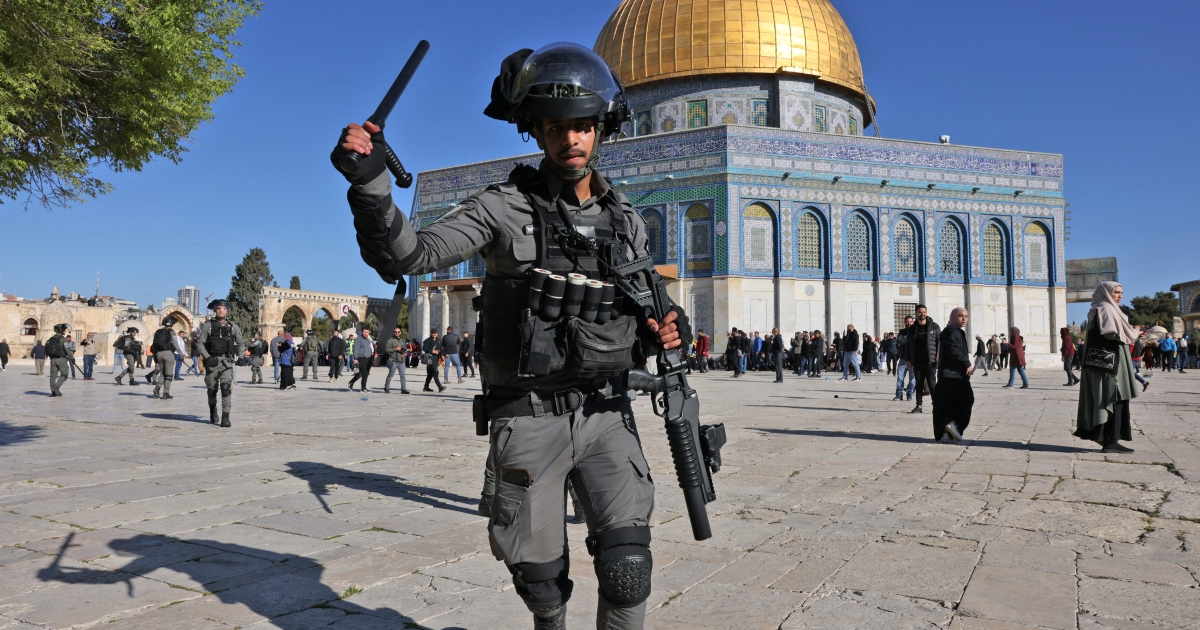 Walid al-Sharif, 21, wounded allegedly by Israeli police is in critical condition as tensions flare in Jerusalem.

A 21-year-old Palestinian man who suffered a serious head injury on Al-Aqsa Mosque compound on Friday has fallen into a coma and is in critical condition, his family says.

Walid al-Sharif has been fighting for his life amid a tense situation that has seen Israeli soldiers attacking worshippers at Al-Aqsa compound on a near-daily basis, as the holy Muslim month of Ramadan is nearing its end.

A sponge-tipped bullet fired by the Israeli police hit Walid al-Sharif’s head or neck in the early hours of Friday, his family and witnesses alleged.

However, the Israeli police claimed that al-Sharif, a resident of Jerusalem’s Old City, fell and sustained a head injury while pelting stones at them.

Early on Friday, Israeli police raided Al-Aqsa Mosque compound, Islam’s third-holiest site. Al-Sharif was one of the 57 Palestinians injured in the police action, according to the Palestinian Red Crescent.

He was moved to Hadassah Ein Kerem Medical Center in Jerusalem, which said in a statement that there was “no evidence of injury from live ammunition”.

‘Allah can help him now’

Member of the Israeli Knesset Ahmad Tibi, who visited al-Sharif at the hospital, said his condition was critical after “suffering from widespread brain damage”.

Al-Sharif’s brother told the Israeli Haaretz daily that his condition had deteriorated overnight.

“He is in a coma, oxygen is not reaching his brain and he has bleeding on the brain and a skull fracture,” he said, adding that doctors had exhausted their treatment options. “We are just waiting and only Allah can help him now,” he said.

Israeli authorities are bracing for demonstrations by Palestinian citizens of Israel, who have stood in solidarity with their compatriots across the Green Line, the 1967 armistice line. Cities like Nazareth and Umm al-Fahem have seen protests over the violence against worshippers at Al-Aqsa compound.

Al-Aqsa Mosque compound is a frequent flashpoint of tensions as more Israeli Jews have attempted to upend the status quo by praying there.

The silver-domed mosque inside the 35-acre compound is referred to as al-Haram al-Sharif, or the Noble Sanctuary, by Muslims, and as the Temple Mount by Jews. 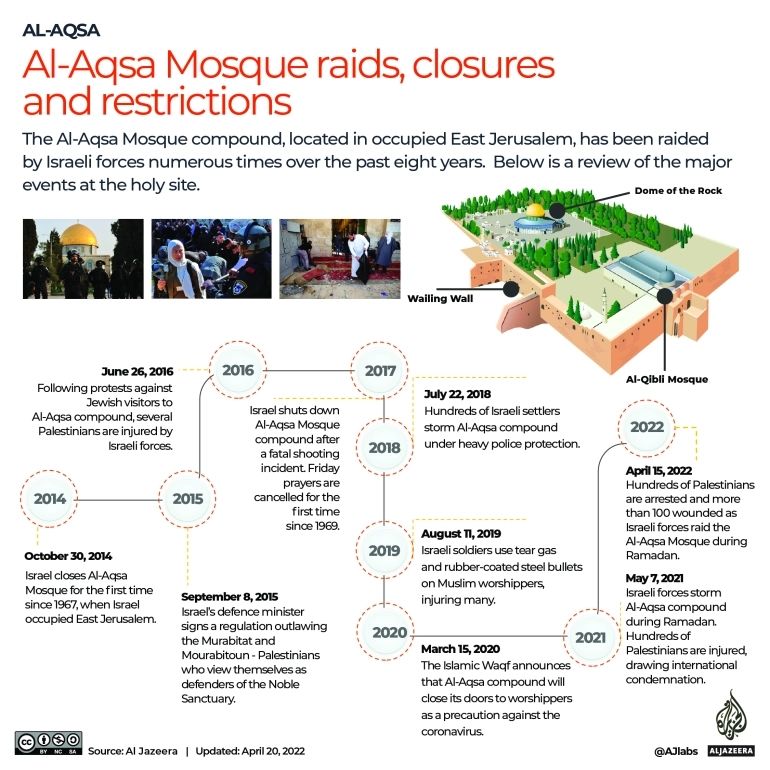 Last year, attacks on worshippers and attempts to expel Palestinians from their homes in the occupied East Jerusalem neighbourhood of Sheikh Jarrah ended up in an 11-day war on Gaza.

Jerusalem has been a tinderbox in recent weeks as Ramadan, Easter and Passover holidays drew thousands to holy sites, and Israeli forces attempted to stop Palestinians – Christians and Muslims – from accessing their holy sites.

Tensions have flared in the occupied West Bank also after Israeli forces killed 16 Palestinians between April 5 and 22. At least three Israelis were also killed, and 945 Palestinians and 23 Israelis were injured during the period, according to a United Nations tally.

The UN said that on April 22 an 18-year-old Palestinian man succumbed to wounds sustained on April 9. He was shot by Israeli forces during a search-and-arrest operation in al-Yamun, in the Jenin area.