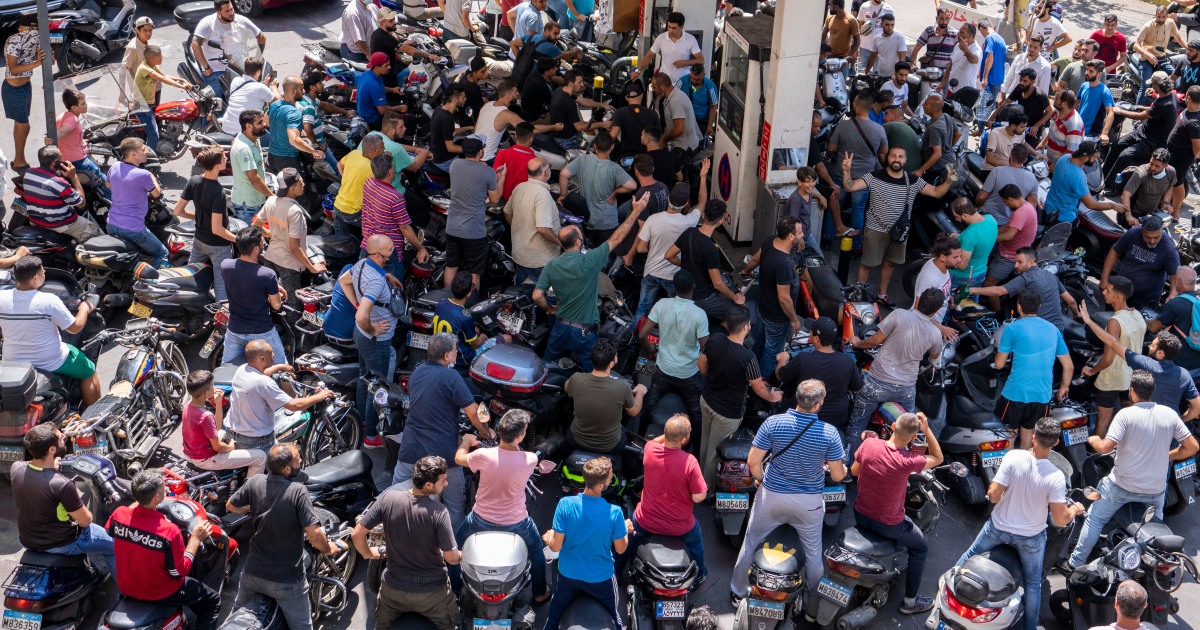 Lebanon and the International Monetary Fund have reached a staff-level agreement on an economic reform plan for the crisis-hit country that could potentially unlock around $3bn of funding over several years.

The agreement comes as an IMF delegation wrapped up an 11-day visit to Lebanon on Thursday.

It is subject to approval by IMF management and the executive board, and the Lebanese authorities implementing a host of reforms, including restructuring the country’s collapsed banking sector, improving transparency mechanisms, and unifying multiple exchange rates to the spiralling Lebanese pound.

If the agreement is approved, the IMF could support Lebanon’s economic recovery with up to about $3bn worth of Special Drawing Rights (SDRs) over a 46-month period.

“The authorities recognise the urgent need to initiate a multi-pronged reform program to tackle these challenges, bring back confidence and put the economy back on a sustainable growth path, with stronger private sector activity and job creation,” the head of the IMF’s delegation in Beirut Ernesto Ramirez Rigo said in a statement on Thursday.

Deputy Prime Minister Saadeh Al Shami, who is spearheading negotiations with the IMF, told Al Jazeera he is optimistic Lebanon will implement all the necessary reforms for the recovery programme.

In a statement, Al Shami called for full cooperation between all sides in order for the economy to recover. “Time is precious, and there is a lot to be done in the coming months,” the statement read. “The more we delay on the necessary reforms, the heavier price the national economy will pay, and as a result the people.”

Lebanon’s economy has been mired in a devastating crisis since August 2019, with the Lebanese pound losing about 90 percent of its value, and more than three-quarters of the population falling into poverty.

“The agreement is a big step ahead because we had a hard period of multiple rounds of negotiations, and we were able to agree on a road map concerning what’s needed in order to finalise a deal,” Ali Darwish, parliamentarian and advisor to Prime Minister Najib Mikati, told Al Jazeera.

“Lebanon now has to go through major reforms for different sectors, especially the financial and banking sector.”

According to the IMF statement, the Lebanese authorities have acknowledged the need to implement at least eight key structural reforms in order for the IMF board to consider approving the funds.

The reforms include: passing the 2022 national budget; a forensic audit of the Banque du Liban, the central bank; reforming bank secrecy laws to combat financial crimes and improve transparency; and restructuring the country’s banks.

However, Lebanon has previously struggled to implement many key structural reforms that would unlock billions of dollars in international aid and make its economy viable again.

The authorities have been trying to conduct a forensic audit on the Banque du Liban for two years, and contracted companies have decried the lack of cooperation from its Governor Riad Salameh.

Meanwhile, the 2022 state budget is still being discussed in the finance committee in parliament. Darwish said parliament might not ratify the budget until after the general election next month.

“The financial committee in parliament have agreed on most of the detail in the 2022 budget, but it’s not clear whether it will be taken to the general assembly before or after the elections,” he said.

Lebanese depositors whose United States dollars have been trapped in the banks for two and a half years fear that the government will bail out the banks and place the burden of the losses on them, a term they call “lirafication”.

While Darwish and other officials told Al Jazeera they were optimistic that Lebanon will implement the required reforms, government critics and experts were sceptical.

Sami Zoughaib, an economist at Beirut-based think-tank The Policy Initiative, described the agreement as a “get out of jail card for the elites”, following decades of corruption and financial mismanagement within its fragile sectarian power-sharing system.

“The Lebanese political system in its current form will be unable to undertake the critical reforms as it would undermine its core foundations, namely the entrenched interests of the elites and the balance of powers within it,” Zoughaib explains.

The economist believes that Lebanon’s under-fire elites will use the agreement to gain support ahead of the upcoming parliamentary elections next month.

“The timing is very convenient,” he told Al Jazeera. “This is similar to the time in 2018 before the elections when the Lebanese government received pledges of $11bn at the CEDRE conference in exchange for reforms that never materialised.”