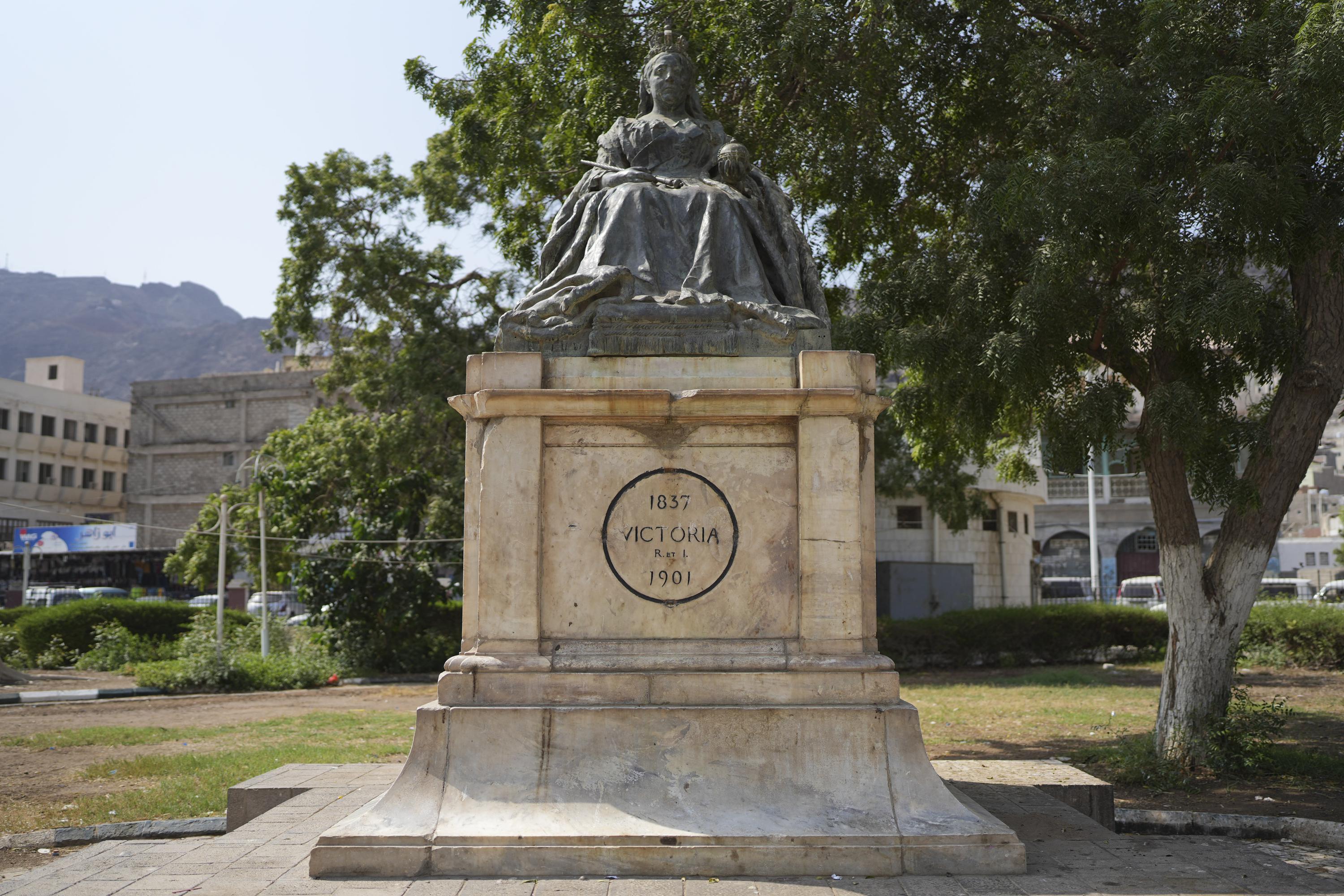 In Yemen, Queen’s death recalls memories of colonial past

In 1954, large crowds turned out for a historic visit by Queen Elizabeth II to Aden. At the time, this city on the southern tip of the Arabian Peninsula was a colony of the British Empire and was one of the busiest and most important ports in the world.
Now the queen’s death after a 70-year reign has prompted some Yemenis to remember a part of history not often evoked.

Her death has brought waves of grief and sympathy from around the globe. But it has also raised calls for a re-examination of the death and deprivation inflicted by Britain’s colonial rule in Africa, Asia and the Caribbean.

In Aden, now the second largest city in Yemen, many remember colonial rule as a time of oppression that entrenched some of the problems still plaguing the city and the country, which has been devastated by civil war since 2014.

Some today still remember Elizabeth’s visit with admiration and credit British rule with advances in the country. Hassan al-Awaidi, a university student, knows his grandfather was among those waving from the street when the queen and her husband, Prince Phillip, passed by.

“In the context of the 21st century, such practices are seen as a reflection of contemporary global issues like racism, inequality and white supremacy,” he said.

“They cracked down on people who wanted to end the colonial occupation of this land. Thousands of people were killed in the struggle to root out colonialism. They should be prosecuted and pay for their crimes.”

Aden was the only Arab territory to have been a British colony. Other British outposts in the Middle East like Egypt, Palestine and in the Persian Gulf were mandates or protectorates, not outright colonies.

Aden was first occupied by the British in 1839. Britain went on to seize surrounding parts of southern Yemen as protectorates, clashing with the other colonizers of the peninsula, the Ottomans.

Finally, the two established a border splitting north and south Yemen — a division that has endured throughout the country’s modern history and has flared again in the current civil war.

Aden was officially declared a Crown Colony in 1937. Positioned just outside the Red Sea, the city was a vital refueling and commercial port between Europe and Asia, particularly Britain’s colony of India.

Elizabeth stopped by on the way back from Australia, part of her first tour of the Commonwealth two years after ascending to the throne.

Photos of the visit on the website of the British-Yemeni Society, a U.K. charity, show British officers, dignitaries and Yemeni leaders greeting the young queen and her husband.

Large numbers of Yemenis met them wherever they went. A ceremony was held for the queen to award a knighthood to local leader Sayyid Abubakr bin Shaikh al-Kaff. To receive it, al-Kaff knelt on a chair in what was explained as a refusal to bow before the queen because of his Muslim faith.

But not long after the visit, an uprising emerged, fueled by pan-Arab nationalism and backed by Egypt’s President Gamal Abdel Nasser, an archfoe of colonial powers in 1950s and 1960s. After years of fighting, the British were finally forced to withdraw.

When the last batch of British troops left Aden in late November 1967, the People’s Republic of South Yemen was born, with Aden its capital. It would be the only Marxist country to ever exist in the Arab world, lasting until unification with the north in 1990.

Some in Aden recall British rule as bringing order and development.

Bilal Gulamhussein, a writer and researcher of the modern history of Aden, said many “long for the past they lived during the days of British rule, because everything was going in order, as if you were living in Britain exactly.”

He said that much of the beginnings of infrastructure and basic services, including health and education, date to the colonial time.

“Britain laid the foundations of the civil administration in Aden from the first beginnings of the occupation,” he said.

A statue of Queen Victoria stands in a main square, nicked by bullets that grazed it during crossfires in the current civil war. A clocktower resembling London’s Big Ben overlooks the city from a hilltop. A plaque commemorates Queen Elizabeth’s laying of the founding stone of a main hospital.

The current civil war has torn Yemen into a north, run by Houthi rebels, and a south, led by the internationally recognized government and a host of allied militias. Saudi Arabia and other Gulf Arab countries have intervened to back the government, seeing the Houthis as a proxy for Iran. The fighting has thrown Yemen into one of the world’s worst humanitarian crisis, pushing it into deeper poverty and near famine.

Salem al Yamani, a schoolteacher in the southern province of Abyan, said that even amid the current chaos, nostalgia for colonial times sparked by Elizabeth’s death is misplaced.

“The idea of having good roads and services does not mean they (the colonizers) were good. They were occupiers who served their own interest at the first place,” he said.

“That the situation now is dire doesn’t mean we want them back again,” he said. “This is our own problem, and it will be resolved if foreign powers stopped meddling in our affairs.”