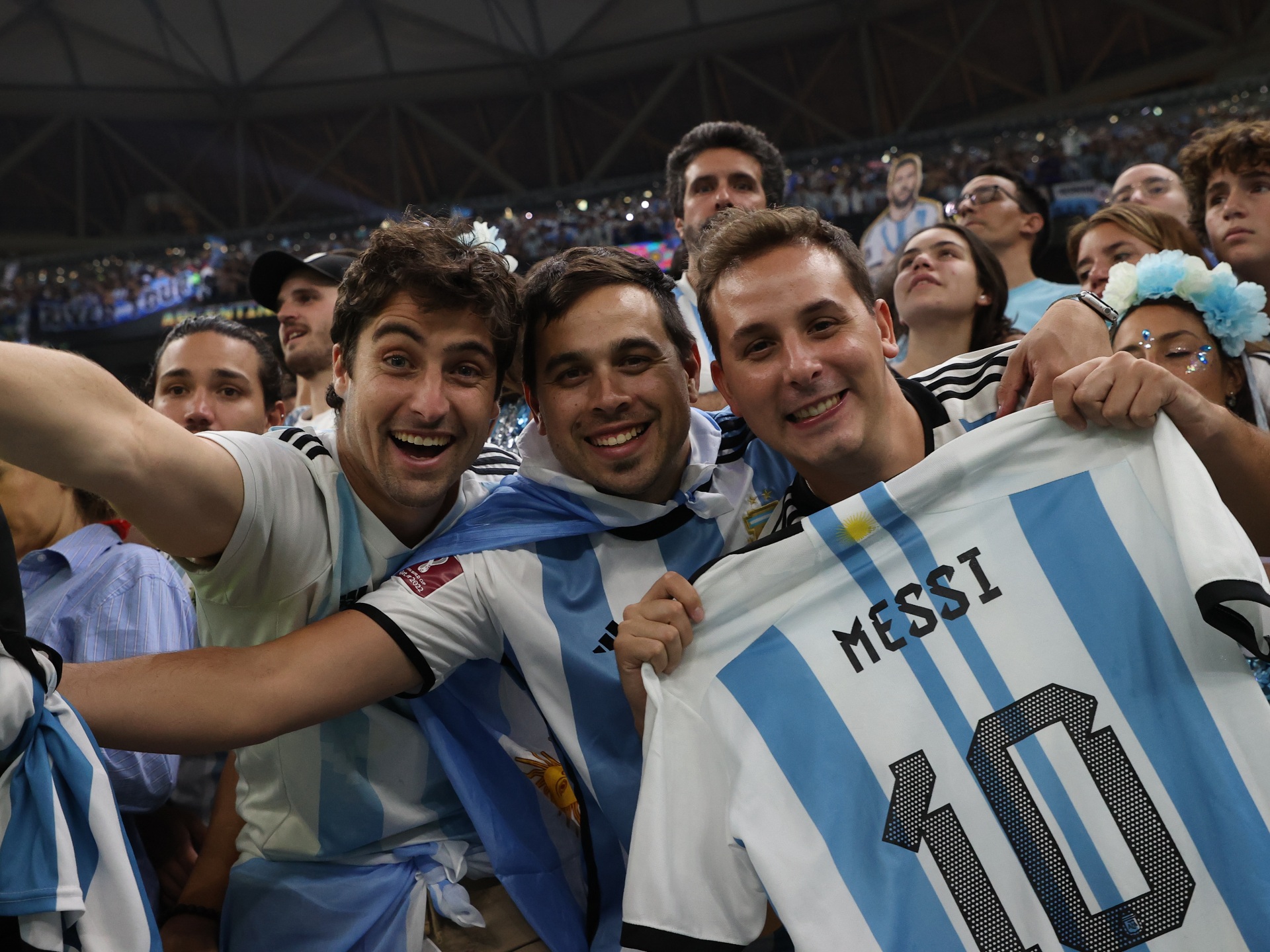 From the end of the Messi saga to the first Arab tournament, and the mixing of politics and sports – here’s what FIFA, and the rest of us, will have to think about.

Or one of the three greatest, at least, alongside his fellow Argentinian Diego Maradona and the Brazilian Pele. A scriptwriter could not have come up with a better story – or a better conclusion. The sporting troubles the Argentinian genius has had to overcome, the loss in the 2014 World Cup final, the sense that Argentina had never fully taken to him as they had to Maradona.

Then, the redemption. The transformation of Messi in the past few years into the leader of this team, the pilgrimage of tens of thousands of Argentinians halfway across the world to Doha, and the sense of the inevitable as the tournament progressed. And yet, in those closing minutes of regular time on Sunday, Argentina collapsed. They appeared poised to steal defeat from the jaws of victory, only to somehow emerge victorious. One of the sport’s greatest-ever players fulfilled his destiny in the World Cup’s greatest-ever final.

Arabs can host a World Cup

The questions over whether Qatar had the footballing gravitas and tradition to hold the World Cup are well-trodden now.

However, the message the Qataris tried to put forward from the start was that this would be a regional tournament and one that would represent the whole Arab world.

Regional differences, particularly the blockade of Qatar, dampened that narrative initially. But the rapprochement between Qatar and its neighbours, as well as the fact that Doha is truly an international city, with people from across the Arab world, Asia, Africa and yes, Europe, calling it home, meant that the fears over a lack of atmosphere were always overblown. There was never going to be any need for ‘fake fans’, despite the attempts by some reputable media organisations to frame fans from South Asia as such.

Other concerns, such as the lack of alcohol at games, also reflected a particular Western view on how football should be enjoyed, ignoring that, for many people, including women and families, the lack of free-flowing beer made match attendance a lot more enjoyable, and safe.

So was the fear-mongering warranted? And if it was not, do the people and organisations who participated in it have questions to answer about their own motives in framing it that way?

Qatar won the right to host the tournament, and the rest of the region embraced the event as their own. Why couldn’t everyone else accept that?

This is the world’s game

Football is a global sport, but its culture has long been dominated by Europe, and to a lesser extent, South America.

Having the World Cup in the Middle East allowed people from the region to have a tournament which they could attend and not feel foreign. It allowed people who simply would not have been able to travel to the West for a World Cup – for financial, cultural, or visa reasons – to witness the sport’s marquee event.

And they did. Moroccan and Saudi fans lit up this tournament in a way that simply could not have happened elsewhere. There were significant contingents from Africa and Asia, too. When will we be able to see this many Indian fans at a World Cup again?

For one month, Doha turned into a meeting place for the world. Japanese and Saudis sat at food courts together, and Mexicans chanted with Ghanaians and Americans. Argentinians arrived on what must have felt like a shared national adventure, to a faraway land, and took it in their stride.

European fans, of course, did not travel in their usual numbers. That is a shame: Their presence would have been the icing on the cake of what has been a great tournament.

The experience at this World Cup was, I’m sure, different for diverse sets of fans. Some people will have preferred elements of this tournament to previous ones. Others may have liked earlier editions better. We are all different, with different opinions, different preferences and different values.

No one size fits all. Normal for some is abnormal for others. And that is the point: A truly global game must embrace differences.

Led by a charge from Africa and spirited performances from Asian and North American teams, football’s traditional elite has been challenged in recent years.

Morocco became the first African and Arab team to reach a World Cup semifinal, and were, along with Messi, the story of the tournament. Being inside a stadium with their fans was a highlight of the tournament for many people. Their players shone, but they were not a team of plucky upstarts. This is a team that included Achraf Hakimi of Paris Saint-Germain, Hakim Ziyech of Chelsea and Yassine Bounou of Sevilla.

Every African team won a game, including against Brazil, France and Belgium. Japan beat Germany and Spain. South Korea beat Portugal. Argentina had a winning streak going back to 2019 broken by Saudi Arabia.

This is how it should be, and how, inevitably, it will continue. A truly world game, where anyone can win.

The line between sports, politics and human rights

In the run-up to the World Cup, Qatar was criticised for its treatment of migrant workers and LGBTQ+ people. The debate over these issues highlights the difficulties governing body FIFA has going forward if it wants to continue its policy of trying to globalise football.

Qatar has acknowledged the validity of some of the criticisms, following reports of the deaths of labourers working on World Cup infrastructure and mistreatment. It says that changes have been made, and will continue to be, particularly when it comes to safety.

But many people in Qatar, the wider region and beyond felt that the concerns raised in the West reeked of hypocrisy, Orientalist stereotypes or outright racism.

No previous host has faced the scrutiny Qatar has, including Russia, which was bombing Syria and invading Ukraine in the run-up to hosting the last World Cup.

But therein lies the problem for FIFA. Where is the line on human rights? Who gets to determine it? And by what standards? ‘Universal’ human rights in the Western sense are oftentimes not accepted elsewhere. Does that automatically rule out most of the world from hosting what is supposed to be a global game?

What about the human rights of Palestinians, whose flag was a prominent presence in Qatar in ways that might not have been possible at other tournaments?

As the primary host of the next World Cup, will the United States now face extra criticisms of its domestic and foreign policies?

It would be great for FIFA if the World Cup could travel around the world every four years and yet simultaneously take place in a magical and sanitised ‘FIFAland’, where none of these issues exist.

Unfortunately for them, the World Cup takes place in the real world – and that means questions over how such global sporting events should handle politics are not going to go away.

Among the secondary criticisms of this tournament were the changes that it forced upon the traditional footballing calendar, and the logistical capacity of the host to pull off sport’s biggest spectacle.

Once it became clear that it would be far too hot to host a sporting tournament in the Gulf summer, the call was made to move it to the winter – bang in the middle of the European footballing calendar.

Yet, while this did disrupt the club season, fears that this would hurt the tournament never made sense: A mid-season World Cup would surely mean fitter players and therefore better games.

Qatar is indeed the smallest country to have hosted the World Cup. But worries that the country wouldn’t be able to host millions of extra guests all at once have by and large not been realised.

None of this means that a winter World Cup is necessarily better than a summer tournament.

But the dam has broken. It’s now clear that breaking tradition does not necessarily break the sport or the event, and it will be far easier for FIFA to make changes in the future.