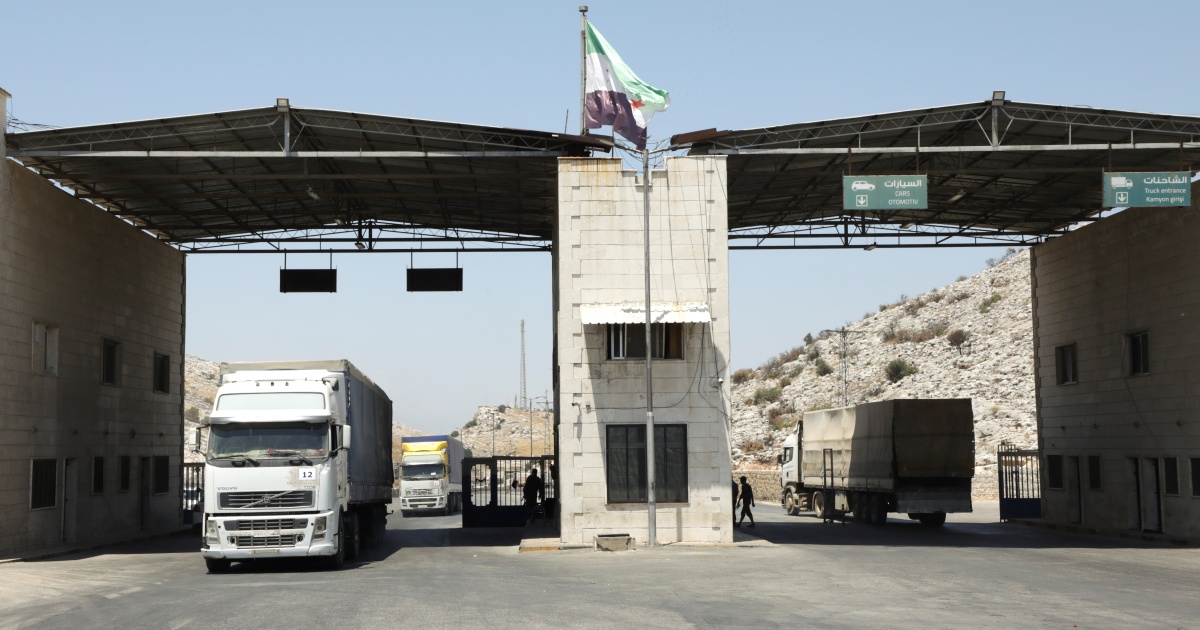 Security Council votes to allow aid deliveries from Turkey to continue until January 10 to people in northwest Syria.

The UN Security Council has agreed to extend the authorisation for cross-border aid deliveries to people in Syria by six months, reaching a deal on its third attempt after the mandate for the operation expired.

Western countries had called for a one-year extension but Russia, whose military presence in Syria has been key to the survival of President Bashar al-Assad’s government, triumphed in a Security Council resolution adopted in New York on Tuesday.

In what was described as a compromise solution to break a days-long deadlock, the mandate was granted another six months, with the option of extending it for a further six months. The resolution also calls for a special report on the humanitarian situation in Syria.

The vote was 12-0, with the United States, United Kingdom and France abstaining.

The mandate had expired on Sunday, after Russia used its veto power late last week to block Western-backed Security Council resolutions to extend it by one year.

Ireland’s UN Ambassador Geraldine Byrne Nason said before the vote that after difficult negotiations the two countries “redoubled efforts to meet the dire needs in Syria”.

in a statement that continuation of the aid deliveries “without interruption is essential for an effective international response” and regional stability.

The aid deliveries flow through the Bab al-Hawa border crossing from Turkey to Syria’s Idlib region. The arrangement was first established in 2014.

Moscow has wanted to close Bab al-Hawa, the last of what were once four aid crossings into Syria. Those three crossings had been shut off amid Russian opposition.

If the mandate had not been renewed, then UN aid would only have been able to pass through the Syrian government, which Western capitals fear would strengthen al-Assad’s position against to his political opponents.

Some 4.4 million people live in northwestern Syria, according to UN figures. More than half of them are internally displaced and have been living in camps for years. Some 4.1 million people are in need of humanitarian assistance.

Syria is suffering not only from the consequences of the long-running war, but also from a severe economic crisis. According to UN estimates, more than 90 percent of the people live below the poverty line.