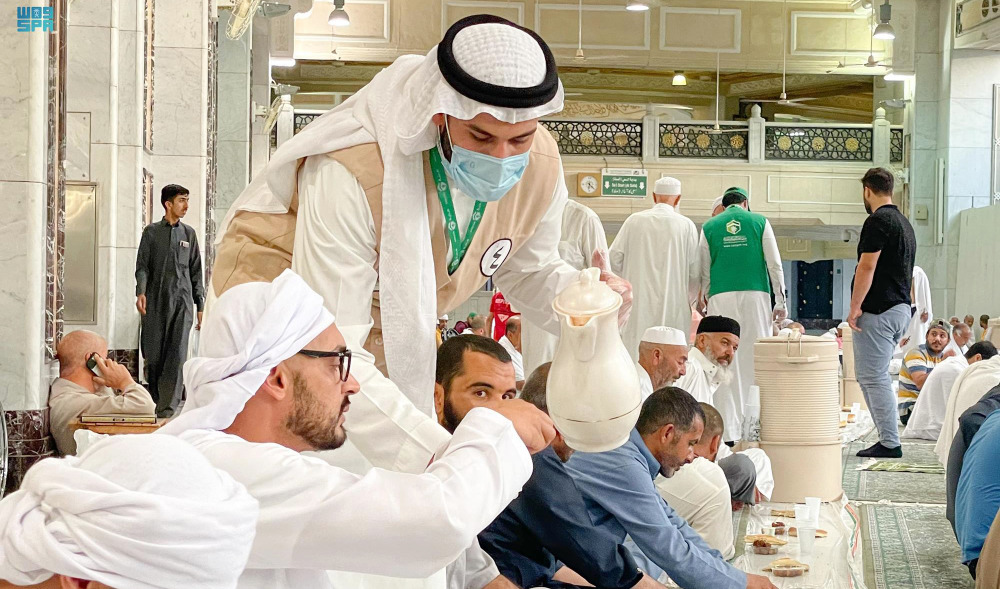 A national campaign for charitable work has received more than SR1.8 billion ($480 million) in donations on the ninth day of its launch.

The campaign is being run through the Ehsan platform, which was developed by the Saudi Data and Artificial Intelligence Authority to promote charitable giving in the country.

So far, this year’s Ramadan campaign raised SR1,841,137,724 for those people facing financial hardship, including orphans, the sick and the elderly.

During the first Ramadan campaign last year, the king and crown prince made multiple donations through Ehsan that pushed the platform’s total funds past the SR1 billion mark.

Launched in 2021, Ehsan aims to promote the values of charitable work in Saudi society and develop the country’s nonprofit sector by increasing its efficiency and reliability, encouraging donations through the transparency of charitable and development activities, and working with different government agencies and sectors.

It has been developed to be easily accessible to people living in the Kingdom by allowing them to donate to various causes such as giving food baskets to families, providing care for the elderly, helping medical patients and covering education tuition and supplies for orphans and to follow the progress of their contributions in a digitally secure way.

Ehsan is monitored by a committee of 11 government agencies and a Shariah committee chaired by Sheikh Abdullah Al-Mutlaq.

The platform receives donations from individuals, companies and banks via the platform’s website and application /https://ehsan.sa and the benefactor call center 8001247000, as well as via SMS.