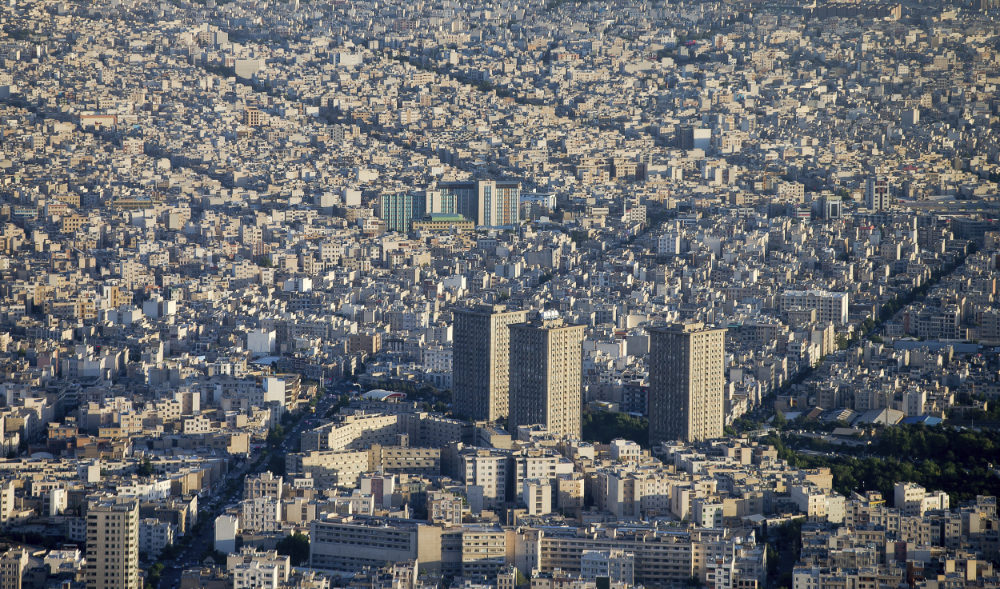 US report highlights violations of religious freedom by regime in Iran

The US Commission on International Religious Freedom on Thursday published a scathing report detailing the Iranian regime’s continuing attacks on religious freedom.
It came on the day a Swedish Court sentenced Iranian citizen Hamid Noury to life in prison for his role in the 1988 massacre of Iranian dissidents.

Officials from the USCIRF, a federal government organization, said the report details widespread religious repression in Iran, the targets of which include members of the Baha’i faith, Christian converts, Sunnis, and Gonabadi Sufis, who “continue to face ongoing violations of their freedom of religion or belief.”

The four-page report begins by accusing Iran of “egregious violations” of religious freedoms and urges the US State Department to designate Iran as a Country of Particular Concern for its ongoing and systematic attacks on religious freedom.

“Iran’s government has continued to escalate its repression of Baha’is, including arrests and the seizure of Baha’i property,” it states. “Christians in Iran — particularly converts from Islam — have also been subject to arrest and excessive prison sentences. Iran also persecutes smaller religious communities, including Zoroastrians, Mandeans and Yarsanis.

Iran’s government also continues to use religion as a pretext for the repression of women, denying them individual freedom of religion or belief, and showing leniency on religious grounds toward perpetrators of so-called ‘honor killings.’”

The report also details repression and persecution by the Iranian regime based on gender identity and sexual preference, and “illustrates how the Iranian government uses a singular interpretation of Ja’afri Shi’a Islam to restrict religious freedom.”

Under the Frank R. Wolf International Religious Freedom Act of 2016, the president is also required to designate on a Special Watch List “each country that engaged in or tolerated severe violations of religious freedom during the previous year but does not meet” all the criteria for designation as a Country of Particular Concern.

The report comes at a time when Iran is facing growing international pressure. During an official trip to the Middle East this week, US President Joe Biden is meeting the leaders of Israel, Saudi Arabia and other countries in the region to pursue, among other goals, a strategy that will prevent Iran from developing nuclear weapons.

The court case in Sweden involving Noury, an Iranian former government official who was convicted over his role in the massacres of Iranian dissidents in 1988, adds to the pressure on Tehran.

Maryam Rajavi, the president-elect of the National Council of Resistance of Iran, a coalition opposed to the regime in Tehran, welcomed the conviction of Noury and described it as a first step on the path to full justice.

She said that comprehensive justice will be achieved when the main perpetrators of the crime, including Iran’s Supreme Leader Ali Khamenei and President Ebrahim Raisi among others, are put on trial in the courts of a free Iran or at international tribunals.

“In 92 hearings, the Swedish court dealt with a number of events in only one prison (Gohardasht) out of more than 100 prisons where the massacre was carried out,” said Rajavi.

“The dossiers on the massacre in Evin and the enormous crime that took place in more than 100 cities, and on the heroic actions of women affiliated with (opposition group) the People’s Mojahedin Organization of Iran (PMOI/MEK for short) in the 1988 massacre and the executioners’ crimes against them, should be opened.”

This week Hossein-Ali Nayeri, who was the head of the Death Committee in Tehran at the time of the massacre, said during an interview that had it not been carried out “maybe the regime would not have survived at all.”

In response to this statement, Rajavi said that it shows that the religious dictatorship views the PMOI/MEK as an existential threat.

She added that the fatwa issued by Ayatollah Khomeini for the massacre of all MEK members and sympathizers, who refused to cooperate with the regime’s religious fascism or participate in its crimes, shows that the physical, political and ideological elimination of the opposition has always been at the top of the regime’s priorities.
#Joe Biden