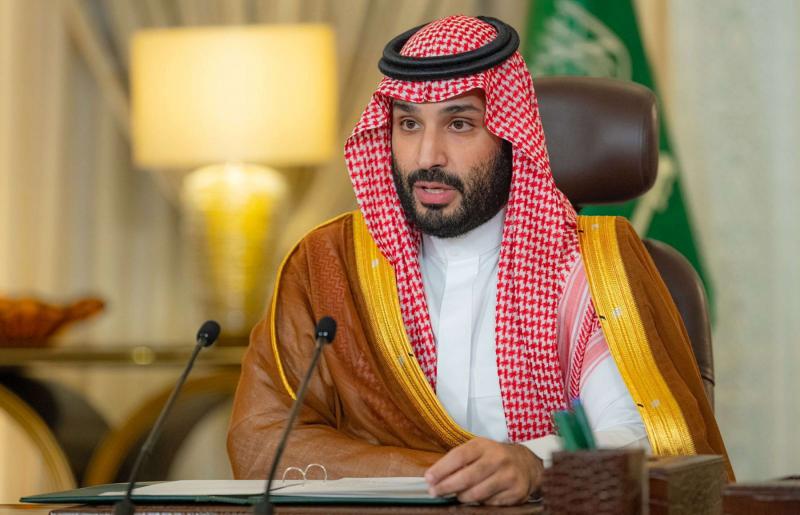 Saudi Arabia pledged more than $1 billion for new environmental initiatives on Monday, as the world’s top oil exporter took further steps to bolster its green credentials ahead of next week’s COP26 climate summit.

The projects were targeted to cost 39 billion riyals ($10.4 billion). Saudi Arabia will contribute 15 percent and seek the remainder from regional funds and other countries, Prince Mohammed said.

“Today we are initiating a green era for the area, believing that these changes are not only for the environment but also for the economy and security,” he told heads of state and other senior officials at the Middle East Green Initiative Summit in Riyadh.

“We will work on establishing an investment fund in solutions with circular carbon technology in the region and a global initiative which will supply solutions for clean fuel to provide food for more than 750 million people globally.”

The “circular carbon economy” is a concept promoted by the Saudis which aims to remove and store carbon for reuse in other products.

US President Joe Biden’s climate envoy, John Kerry, endorsed the Saudi plan and said the shift to cleaner energy was the “biggest market opportunity the world has ever known.”

“The winners are going to be the people that get into that market and I think that is something the crown prince has understood,” he told the gathering.

The summit, which also included the leaders of Qatar and Pakistan , follows Saturday’s Saudi Green Initiative where Prince Mohammed announced a target of net zero carbon emissions by 2060.

On Saturday, Saudi Arabia also said it would join a global effort to cut emissions of methane, another planet-warming gas, by 30 percent by 2030, while Aramco committed to being a carbon net zero enterprise by 2050.

The United Nations says more than 130 countries have set or are considering a target of reducing greenhouse gas emissions to net zero by mid-century, an objective it says is “imperative” to safeguard a liveable climate.

Saudi Arabia, the largest crude producer in the Organisation of the Petroleum Exporting Countries (OPEC), also draws heavily on oil and natural gas to meet its growing power demands and desalinate its water.

The desert kingdom, population 34 million, is estimated to belch about 600 million tonnes of carbon dioxide per year, more than France (population 67 million) and slightly less than Germany (population 83 million).

Carbon neutrality is a balance between emitting carbon and absorbing carbon from the atmosphere.

According to the UN, the circular carbon economy is essential to achieving the world’s climate goals. It involves avoiding excessive consumption, waste and use of fossil fuels by leasing, reusing, repairing and recycling existing materials and products.

Crown Prince Mohammed said the kingdom, which is the world’s top oil exporter, would contribute 15% of the funds and would work with other states and development funds on the funding and execution of the initiatives.

“As part of the kingdom’s leading role in developing energy markets, it will work to establish an investment fund for carbon circular economy solutions in the region and an initiative to offer clean energy solutions to help feed more than 750 million people worldwide,” he said.

When plans for the Middle East Green Initiative were first announced in March, the prince said it aimed to reduce carbon emissions in the region’s hydrocarbon industry by 60% and reverse desertification in one of world’s most water-stressed regions by planting billions of trees.

No investment figure was provided for the Middle East Green Initiative. Saudi Arabia has said its own Saudi Green Initiative programme would involve investments of over 700 billion riyals ($190 billion) by 2030.

On Saturday, Prince Mohammed pledged that Saudi Arabia would reach “net zero” emissions by 2060. Fellow Gulf state Bahrain has pledged the same and the United Arab Emirates has said it would do so by 2050.

Emissions are mostly produced by burning fossil fuels, so achieving net zero means a country emits no more greenhouse gases than it can capture or absorb.

Wealthy Gulf OPEC members like Saudi Arabia and the UAE are investing in renewable and clean energy while also stressing the continued importance of hydrocarbons for global energy security at a time of growing calls for a shift away from fossil fuels.