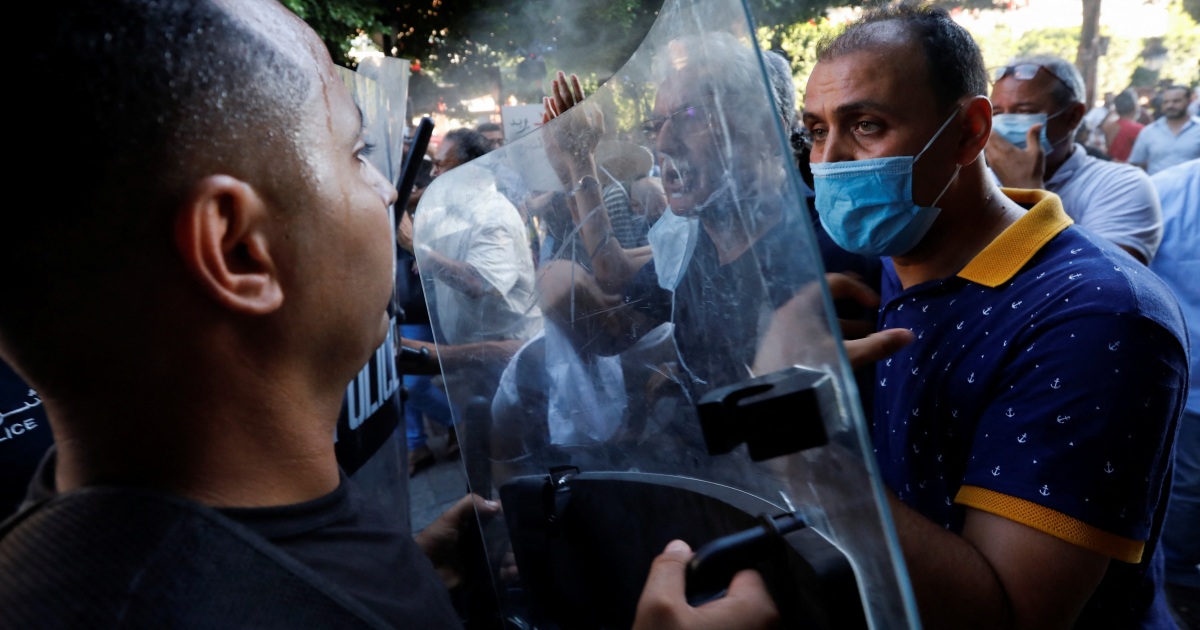 Police have arrested a leading gay rights campaigner in a violent pushback against young people during a rally against the upcoming referendum on the Tunisian president’s newly proposed constitution.

Police violently shoved protesters marching on Friday in a vocal but peaceful demonstration as they headed towards the Ministry of Interior in the centre of Tunis to demonstrate against President Kais Saied’s newly penned constitution and demand an end to the referendum process.

President Saied published his new draft constitution at the end of last month, ahead of a referendum scheduled for July 25 where Tunisians will vote to accept or reject the document.

Two months later he announced he would rule by decree, and dismantled many of the country’s democratic state institutions including the Supreme Judicial Council. In June, he fired dozens of judges accusing them of corruption and “terrorism”, further consolidating his power. 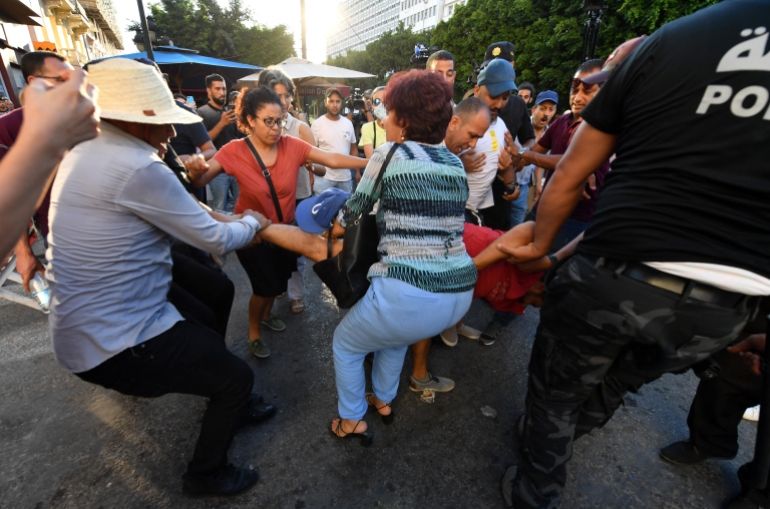 Saied says he has implemented a period of exceptional measures to save the country from any imminent danger but his critics say his actions have only exacerbated the political and economic crises facing Tunisians who are struggling amid high inflation and unemployment, and declining public services.

On Friday, police launched a number of aggressive charges against what was a relatively small although vocal group of protesters.

As they charged against protesters they attacked leader of the left-wing Popular Front, Hama Hemami, a female journalist was slapped while trying to photograph police arresting a protester and Al Jazeera saw many people suffering the painful effects of gas and pepper spray.

Police dragged protesters to the ground as they arrested them, and held them in stress holds as they marched some of them away.
Among those arrested was a leading LGBTQ+ activist Saif Ayadi. Avocats Sans Frontiers told Al Jazeera he is currently being held at Gorjani detention centre but said they are concerned for his safety as he has previously been arrested and beaten by police.

Riot police pushed back the crowd with their shields before fellow officers charged forcefully against the crowd, chasing protesters down side streets.

Khalil Ayari, a 23-year-old nursing student, told Al Jazeera: “I saw 10 people arrested, and (they) were just protesting peacefully. I saw them attack a girl, they were pulling her arm so hard I could see the bruises rising.”

Ayari said he took to the streets because he was furious at the president’s actions.

“I’m so angry,” he said. “I read the constitution, it’s only about the president, it’s all for him, he’s going to make all the decisions and take everything.”

He added: “After today I no longer feel safe in Tunisia.”

Under the new constitution, Saied would be able to continue to rule by decree until a new parliament is formed after an election set for December. He would also have ultimate authority over the government and judiciary, with the government answering to the president and not to parliament. 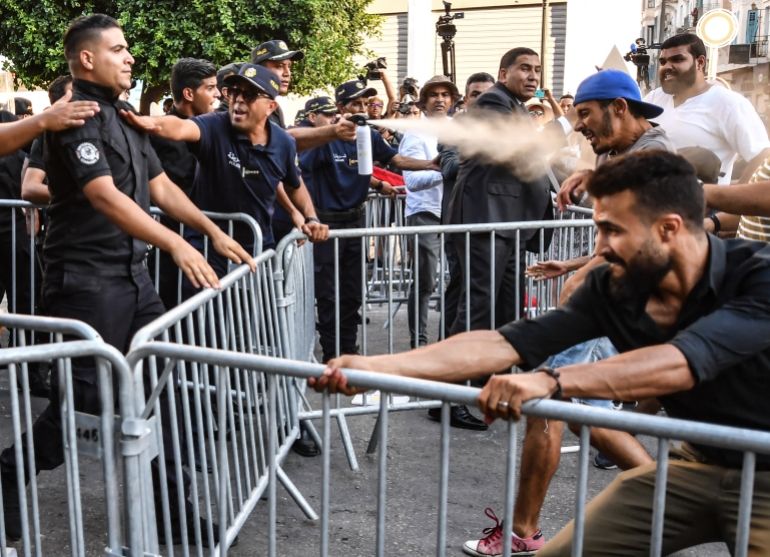 The face of Ayla Salemi, who works in civil society, was bright red after being caught in the pepper spray.

“The police were shouting and insisting that we go home, then they charged at us,” she told Al Jazeera. “They battered the female activist Waen Nawal with a stick and they used pepper spray on me and others.”

The 35-year-old tried to catch her breath. “I was against what happened last year in the parliament, but I am also against this president, things are much worse now than they were before.”

For many young people, Saied’s actions are a betrayal.

“We are against Saied’s constitution because this will bring us to dictatorship, we cannot tolerate this; we are here to say no,” 23-year-old law student Malak Ben Amane told Al Jazeera.

Halfway through the interview a policeman came to berate Ben Amane, but she stood coolly and refused to move. As the officer moved away she said: “This violence is not unusual, it happens every day, this is a police state.”

Until Friday, protests against the president had mostly involved middle-aged people, but the young are now coming out against him too.

“Yes, we are depressed, but we are here to defend our revolution and our democracy, so I will march again tomorrow,” Ben Amane said.