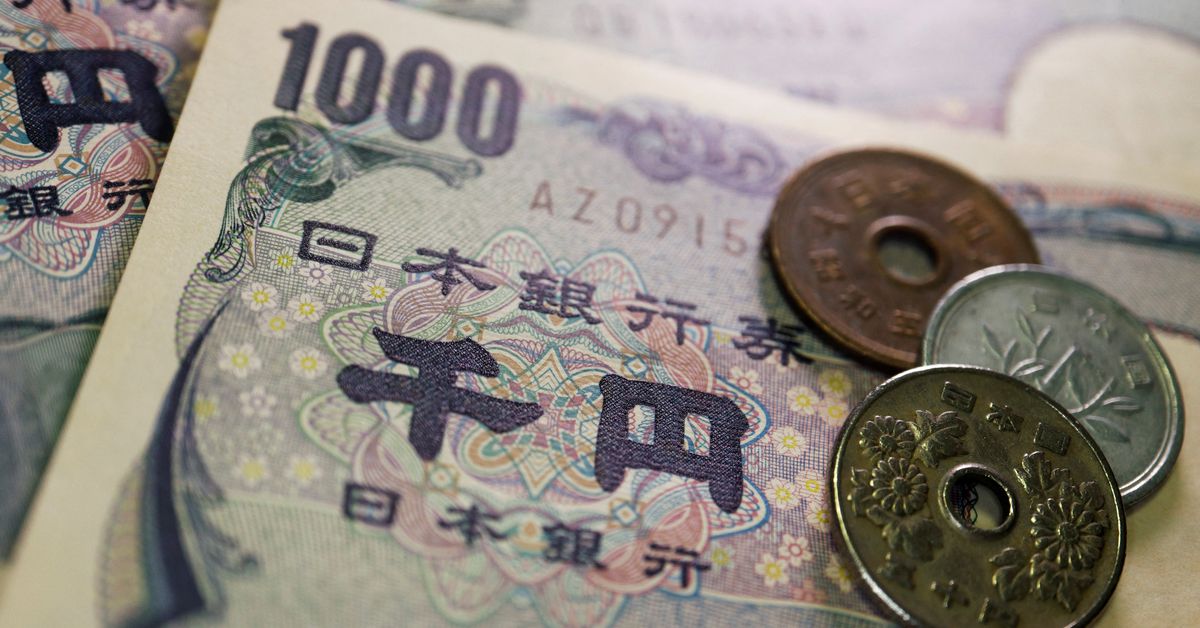 The Japanese yen tumbled against the dollar on Friday after the Bank of Japan bucked a wave of tightening and stuck with its ultra-accommodative stance, adding to soaring volatility in currency markets hit by a series of rate hikes this week.

Currency markets have been roiled by one of the biggest runs of monetary policy tightening in decades, including the Federal Reserve's mid-week three-quarters-of-a-percentage-point rate increase, its biggest since 1995, and the Swiss National Bank's surprise decision to hike rates by 50 basis points.

Japan's central bank swam against the current on Friday, keeping its policy settings unchanged and vowing to defend its bond yield cap of 0.25% with unlimited buying.

"Everybody expected the BOJ to do something. They didn't," said Boris Schlossberg, managing director of FX strategy at BK Asset Management.

The 135 level has been a technical resistance point for the yen and breaking through it could force many shorts against the dollar-yen currency pair to have to cover their bets, potentially pushing the pair up to 137 or 140, said Schlossberg.

"If we start to really creep higher from this point, I think it will definitely force some of these early shorts out of the trade," he said. 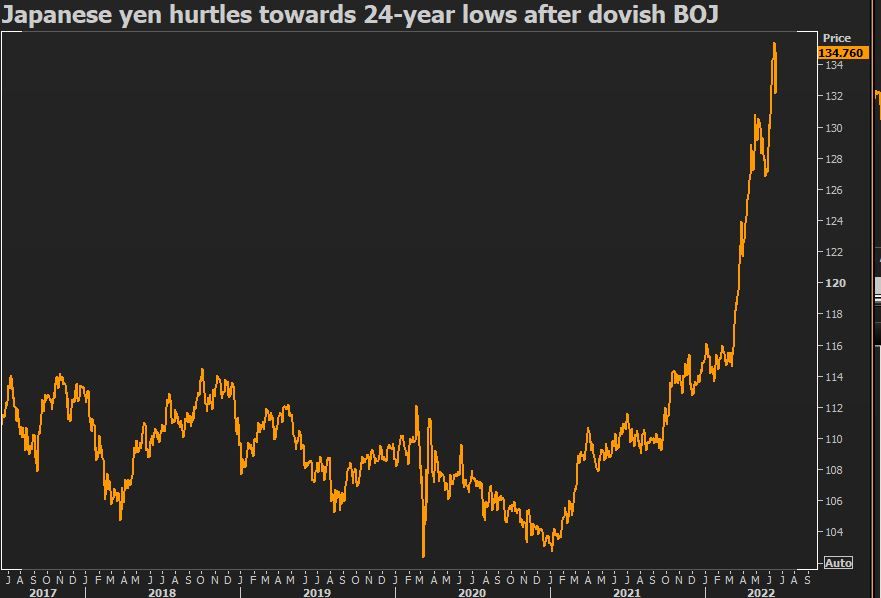 The dollar rose from a one-week low against major peers, bouncing off a two-day slide after the Fed's mid-week rate increase of 75 basis points, a move that was anticipated by markets as the Fed attempts to tame stubbornly high inflation.

The dollar index, which measures the currency against a basket of six rivals, was up 0.732% at 104.64 , putting it on track for a weekly rise of around 0.4% ahead of a long weekend in the United States.

"Today we're seeing a rebalancing of the market," said Simon Harvey, head of FX analysis at Monex Europe. "Markets are still adjusting to the central bank meetings from throughout the week."

The Swiss National Bank's surprise decision to raise rates by half a percentage point continued to reverberate through markets, with the franc touching 1.0098 against the euro, its strongest since April 13, as investors bet the SNB would not try to stop the strengthening currency as it has in the past.

Giving up earlier gains against the Swiss currency, the dollar lost 0.31% to 0.9696 francs , after tumbling the most in seven years versus the Swissy in the previous session.

"The surprise rate hike in Switzerland, as well as the European Central Bank's announcement that it is working on a tool to prevent the fragmentation of the European bond markets, will help to limit USD strength around current levels," strategists at UBS's Global Wealth Management’s Chief Investment Office said in a research note.

Sterling dropped 0.99% to $1.2229, giving back most of its gains from when the Bank of England decided to lift rates again, albeit by less than many in the market had expected, along with a hawkish signal about future policy action.

Currency markets are also having to contend with a massive drop in risk sentiment that has roiled equity markets.

The Australian dollar, which is very sensitive to the broad global investment mood, fell 1.53% to just under $0.6938 after stock markets in Asia tumbled, while Wall Street edged higher after a steep selloff on Thursday.