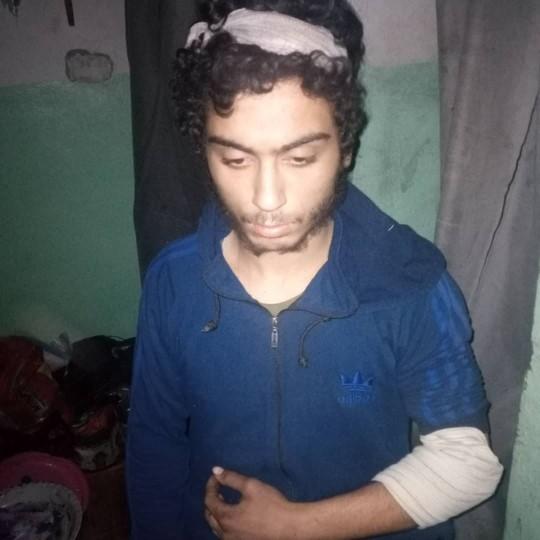 Yusuf Zahab, who was taken to Syria when he was 11, died in Kurdish-held prison months after pleading for help.

An Australian teenager has died in a severely overcrowded, makeshift prison run by a Kurdish-led armed group holding Syrian and foreign ISIL (ISIS) suspects, his family and a leading rights group said.

Yusuf Zahab, who was born in southwest Sydney and brought to Syria by older family members when he was 11 years old, died from unknown causes after being “wrongfully detained” for years in al-Sina’a prison run by the United States-backed Syrian Democratic Forces (SDF), which holds Syrian and foreign ISIL suspects and their family members in al-Hasakah city, Human Rights Watch said.

After the fall of ISIL in 2019, thousands of women and children whose husbands and fathers had supported the group were imprisoned by SDF in makeshift camps.

Zahab was only 14 when he was separated from his mother and put in a men’s prison along with hundreds of other Syrian and foreign boys. Following a battle in January by the SDF to retake the prison from ISIL, Zahab had sent Human Rights Watch a series of audio recordings begging for help and describing the lack of medical treatment, food and water.

“I got injured in my head and my hand,” Zahab said at the time. “I lost a lot of blood … There’s no doctors here, there’s no one who can help me. I’m very scared. I need help. Please … [M]y friends got killed in front of me, a 14-year-old, a 15-year-old … There’s a lot of bodies, dead bodies, and there’s a lot of injured people screaming from pain.”

It is not clear when Zahab, who would have turned 18 in April, died.

Authorities in northeast Syria said 500 people died in the January prison battle but did not disclose how many were detainees.

“Yusuf Zahab survived being forced to live under ISIS, the battle to rout ISIS, and an ISIS prison attack, only to die while in the custody of the internationally backed forces who rescued him,” she said.

“How many more detainees will die before countries bring home their nationals?”

Australia’s Department of Foreign Affairs and Trade said Zahab’s family has been offered consular assistance, and it is working to confirm if the teenager has been killed.

“The Australian government remains deeply concerned about the situation of Australians in northeast Syria, including the welfare of those detained in prisons and other detention centres,” the department said in a statement.

According to Kamalle Dabboussy, the representative for Zahab’s and other detainees’ families, 69 to 80 Australian nationals – including 19 women and 39 children – are being held by the SDF and other armed groups in northeast Syria as suspected members of ISIL or their family members.

Tayler said Zahab’s death is the result of Australian and other governments’ “outsourced responsibility” for their citizens being held in terrible conditions in northeast Syria.

“His death should prompt these countries to urgently bring their detained citizens home,” she said.

In a statement, Zahab’s family said they are “devastated” to hear of his death, and called on the Australian government to repatriate nationals still in Syria.

“The previous Australian government knew about Yusuf’s predicament for more than three years,” the family said. “We are unaware of any efforts to support, care, or inquire about him. His family are still unlawfully in Syria and waiting to be repatriated.”

The family warned that unless the government takes action, other children will die.

“We are pleading with the [Australian government of Prime Minister Anthony Albanese],” they said. “Please repatriate the remaining Australian women and children. Please act before another life is lost.”