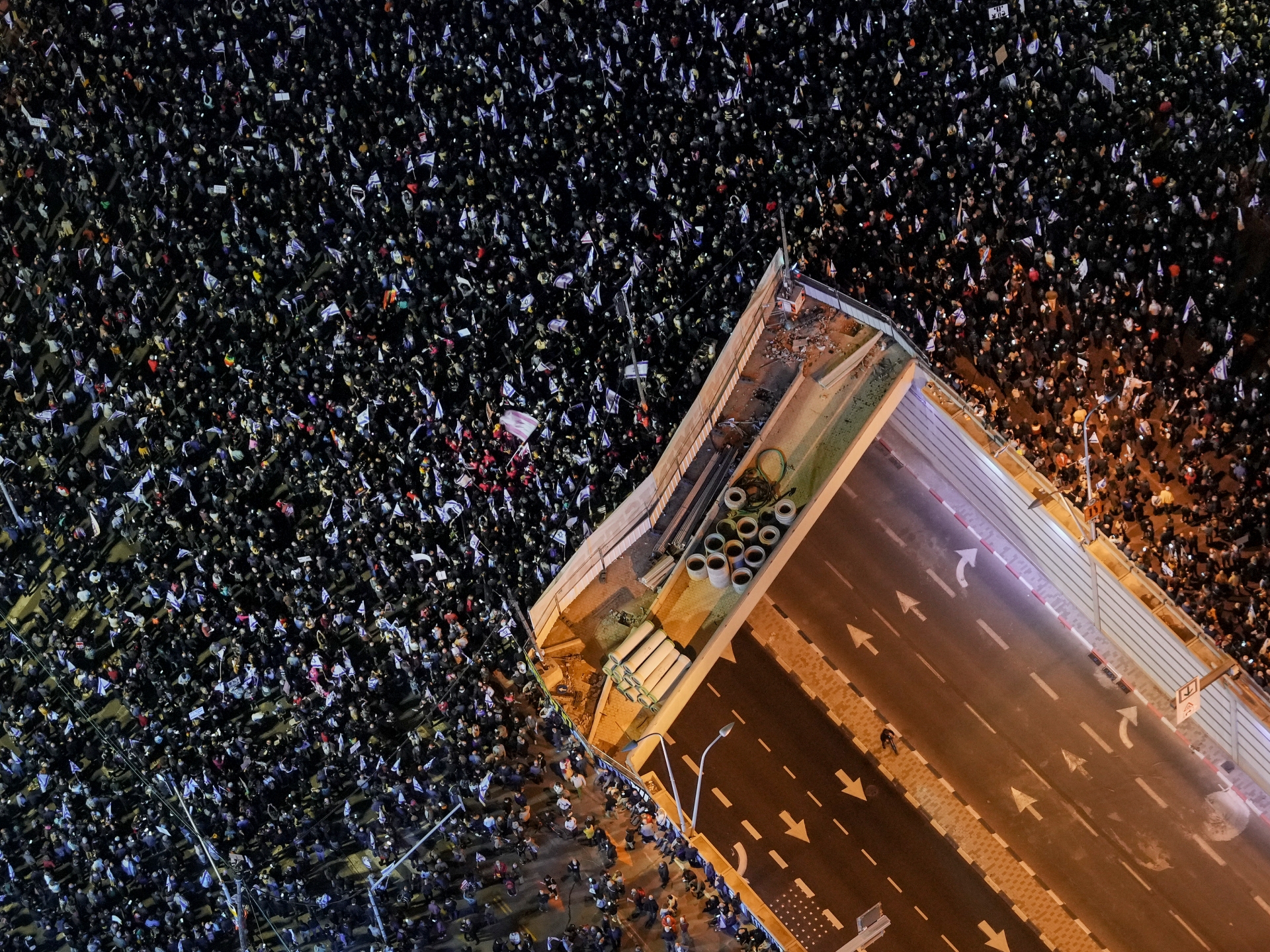 Why are Israelis protesting against the new government?

Some 100,000 protesters turned up on Saturday in Tel Aviv, the largest demonstration so far since Netanyahu’s return to power.

Some 100,000 protesters turned out in central Tel Aviv, demonstrating against plans by Prime Minister Benjamin Netanyahu’s new government to change the judicial system that protesters say will threaten democratic checks and balances on ministers by the courts.

Saturday’s demonstration was the biggest since Netanyahu returned to power last month at the head of the most right-wing government in Israel’s history.

Why are Israelis protesting?

The plans, which the government claims are needed to curb overreach by activist judges, have drawn fierce opposition from groups, including lawyers, and raised concerns among business leaders, widening the already deep political divisions.

The protesters say the future of Israeli democracy is at stake if the government succeeds in pushing through the plans, which would tighten political control over judicial appointments and limit the Supreme Court’s powers to overturn government decisions or declare Knesset laws unconstitutional and for the government to overrule the court’s decisions.

As well as threatening the independence of judges and weakening oversight of the government and parliament, protesters say the plans will undermine the rights of minorities and open the doors to more corruption.

How has the government responded?

Netanyahu has dismissed the protests, which are now in their third week, as a refusal by left-wing opponents to accept the results of November’s election.

The new government is an alliance between Netanyahu’s Likud party and a clutch of smaller religious and hard-right nationalist parties which say they have a mandate for sweeping change.

Netanyahu has defended the judicial change proposals – which are being examined by a parliamentary committee – saying they will restore a proper balance between the three branches of the government.

Likud politicians have long accused the Supreme Court of being dominated by left-wing judges who they say encroach on areas outside their authority for political reasons. The court’s defenders say it plays a vital role in holding the government to account in a country that has no formal constitution. 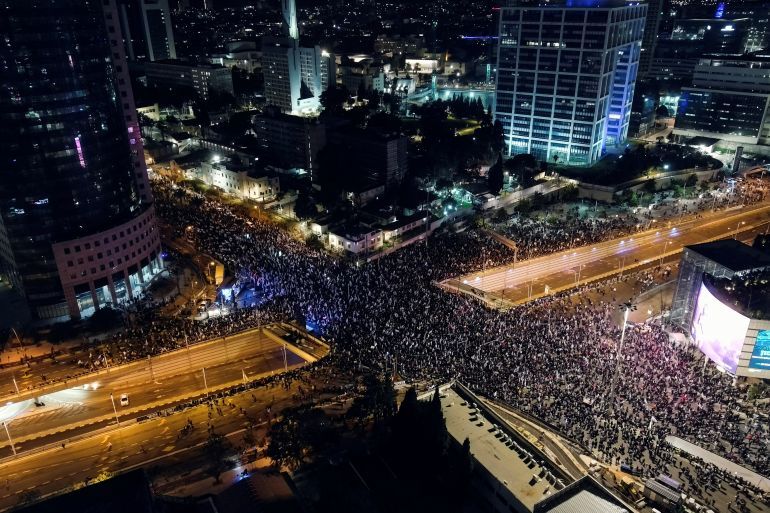 Where else is pressure building?

In addition to the protests, pressure has built up on Netanyahu’s government after the country’s attorney general asked Netanyahu to fire a key Cabinet ally following a Supreme Court ruling that disqualified him from holding a government post because of a tax offences conviction.

Aryeh Deri’s appointment as health and interior minister was deemed “extremely unreasonable” by the Supreme Court, coming only months after he was fined and relinquished his parliamentary seat.

Deri was sacked on Sunday.

Earlier this week, Netanyahu, himself on trial for corruption, vowed to continue with the judicial alteration plans despite the protests.

Opponents say the changes could help Netanyahu evade conviction in his corruption trial, or make the court case disappear altogether.

Netanyahu refused to step down in 2019 when he became the first sitting Israeli prime minister to be indicted while in office.