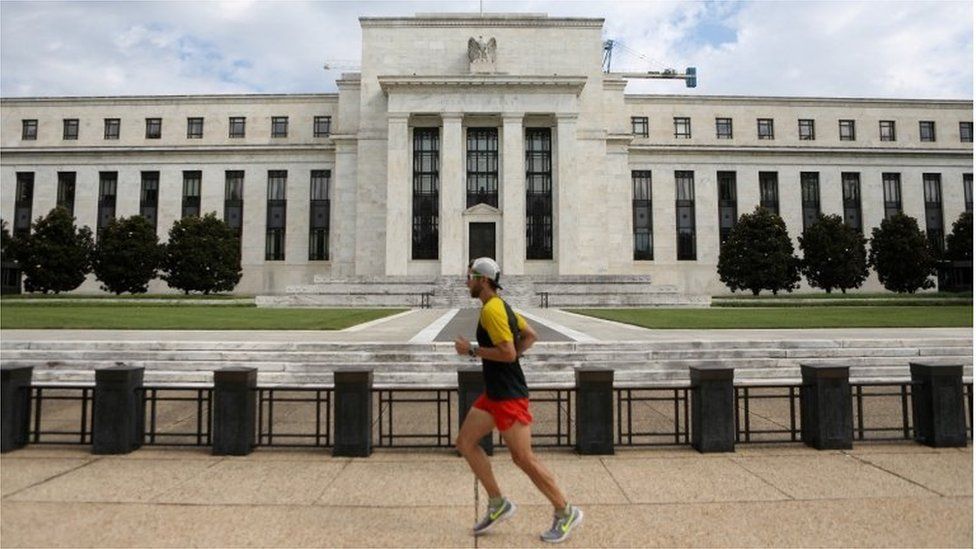 The US central bank has announced its biggest interest rate increase in more than two decades as it toughens its fight against fast rising prices.

The Federal Reserve said it was lifting its benchmark interest rate by half a percentage point, to a range of 0.75% to 1% after a smaller rise in March.

With US inflation at a 40-year high, further hikes are expected.

The push marks the latest effort to contain spiking costs being felt by households around the world.

The Bank of England is also widely expected to raise rates on Thursday, which would be the fourth increase since December.

"Inflation is much too high and we understand the hardship it is causing," Federal Reserve chairman Jerome Powell said in a press conference in Washington on Wednesday.

"We are moving expeditiously to bring it back down."

By raising rates, banks will make it more expensive for people, businesses and governments to borrow.

They expect that to cool demand for goods and services, helping to ease price inflation.

But their actions also risk triggering a sharp economic slowdown, especially as new challenges emerge, such as the war in Ukraine and recent Covid shutdowns in China.

"It's a narrow path they have to walk," said economist Donald Kohn, who previously served on the Fed's rate-setting committee. "It's going to be a very difficult task."

Inflation in the US hit 8.5% in March, the sharpest annual rate since 1981, driven by accelerating costs for food and energy.

That is well above the bank's 2% target and has become a growing political issue for US President Joe Biden. 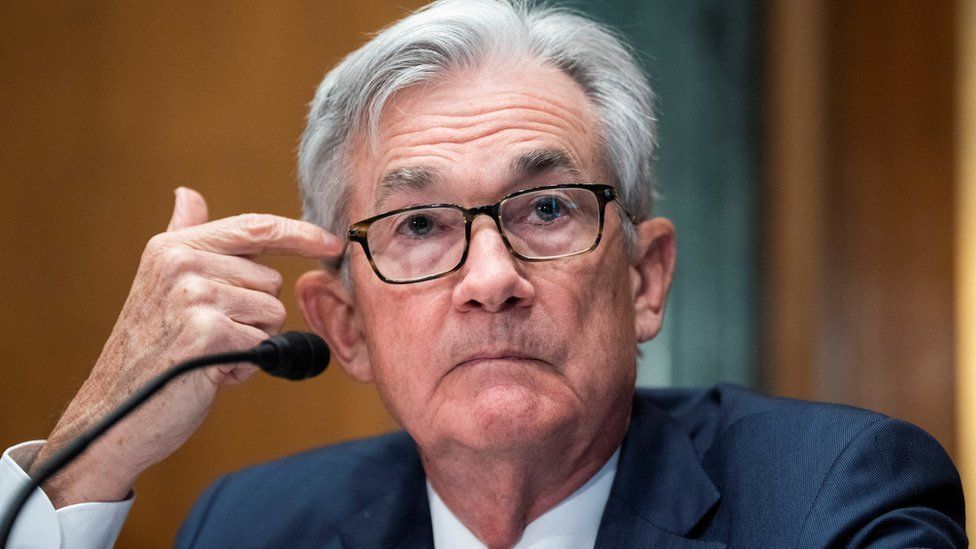 Many economists say the Fed has been slow to respond to the problem, which has been fuelled by a mix of factors, including Covid-related supply shortages, a shock to energy markets from the war in Ukraine, and in the US, massive government spending - including direct cheques to households - to support the economy after the pandemic hit.

"They are well behind the curve. I think most central banks are," said Thomas Hoenig, senior fellow at George Mason University's Mercatus Center, who spent nearly 40 years at the Fed.

"But if they try to correct that error with another error - that is to shock the economies with very large interest rate increases - I think they'll pay a pretty big price in terms of a probable recession from that."

The rate increase announced on Wednesday was an unanimous decision. It will push what the Fed charges banks to borrow to a range of 0.75% to 1%, with the higher costs rippling out to consumers in the form of more expensive mortgages, credit cards and other loans.

In addition, the bank detailed plans to remove economic support by winding down its balance sheet, which swelled during the pandemic as it purchased assets, including US government debt and mortgage-backed securities, to boost the economy.

Starting in June, the bank said it would reduce its holdings by $47.5bn per month, increasing to $95bn in September.

'I had to buy quickly' 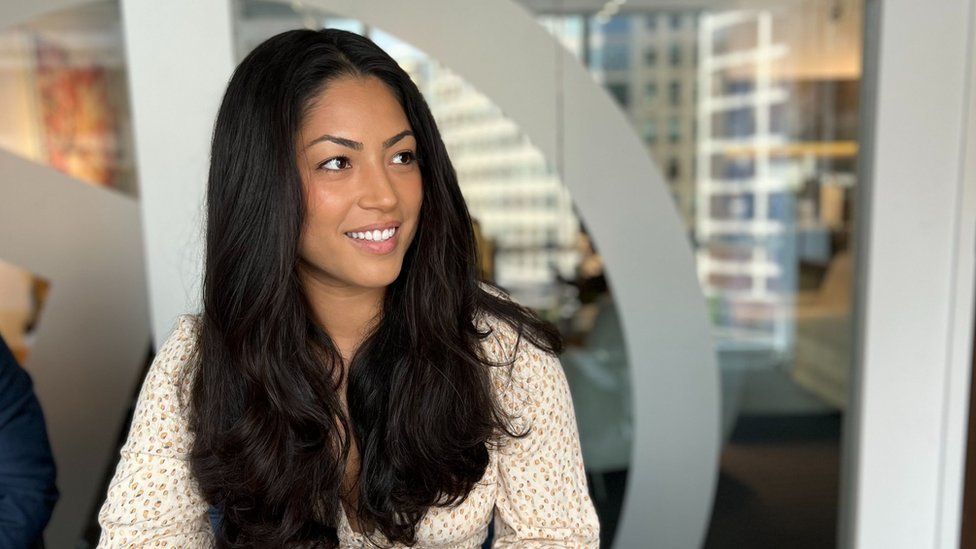 Some people, like first-time homebuyer Mia Navarro, are already feeling the effects of the changes. She sped up her hunt for a one-bedroom apartment in Washington, DC, as she started to see higher mortgage costs limit what she could afford.

"When I originally started my search, I definitely had a bigger budget, based off of what the rates were at the time," said the 25-year-old, who this month bought a one-bedroom apartment for $325,000, with a mortgage rate below 5%.

"I immediately decided that I needed to move quickly...and get in there before they hiked too much out of my range and something that I can still afford."

The actions by the bank in charge of the world's largest economy are expected to have widespread repercussions, as many countries and commodity markets rely on the dollar. On Wednesday Gulf states, whose currencies are tied to the dollar, responded to the Fed with interest rate rises of their own.

Mr Powell said further rate hikes were planned. He added that officials agreed that boosting rates by half a percentage point "should be on the table" in the future, but moving more aggressively was not under active consideration.

US stock markets soared following the press conference, which played out largely as investors had expected.

Mr Powell said he was confident the US economy was strong enough to handle the bank's more aggressive stance, pointing to the tight job market, in which openings outnumber available workers by nearly two to one.

But he acknowledged that the supply shocks from the war in Ukraine and Covid lockdowns in China have presented officials with a tough task - and might force them to move more aggressively to curb demand than they would otherwise.

"We can't really affect oil prices or food and commodity prices - things like that," he said.

But, he added, "We have to ensure that inflation expectations remain anchored - that's part of our job too."

"It puts any central bank in a very difficult situation."

Managing soaring inflation is proving a tall order. Central banks around the world are raising interest rates to lower prices.

And the latest aggressive move by the world's most powerful central bank, the US Federal Reserve is one that will reverberate around the globe.

Not only will it raise borrowing costs for Americans on everything from credit cards to mortgages, it will also push up the value of the US dollar. In turn, that will push up commodity prices and make it more expensive for emerging economies that borrow in dollars.

It is also being felt in financial markets, where asset prices were buoyed by the unprecedented levels of stimulus showered on the economy during the pandemic. As that support is removed, you have already seen more turbulence.

But the Fed has little choice. Inflation has consistently burned hotter than expected. The question is, can it successfully tame inflation without a recession.

As economists often like to say: "Expansions don't die of old age".