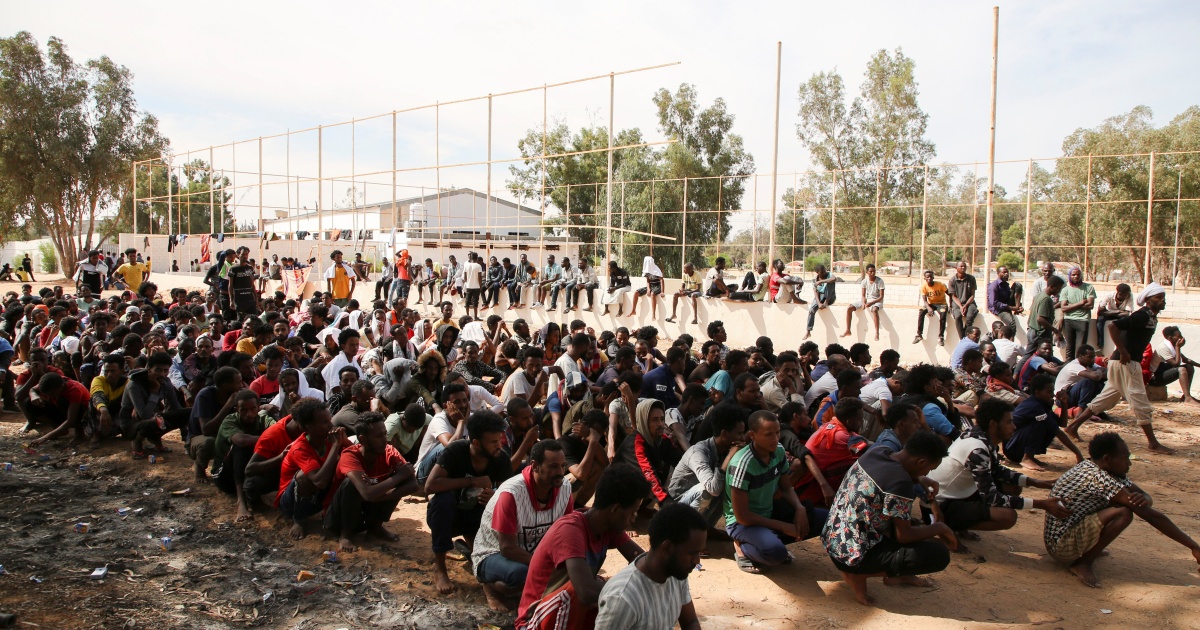 The second report of the UN fact-finding mission documents widespread abuse of migrants and activists in Libya and sets out to investigate mass graves allegations.

United Nations investigators have uncovered further evidence of human rights violations against detainees in Libya and are seeking to verify the existence of mass graves thought to contain the corpses of migrants at a trafficking hub.

In its second report released on Tuesday, the Independent Fact-Finding Mission on Libya (FFM) said there were reasonable grounds to believe that international human rights and humanitarian law are being violated in several secret detention facilities in Libya.

“We have uncovered further evidence that the human rights violations experienced by detainees in Libya are widespread, systematic or both,” Mohamed Auajjar, the chair of the FFM, said in a statement.

The 18-page report is set to be presented to Geneva’s Human Rights Council on Wednesday.

Violations include intimidation and harassment of activists, attacks on the judiciary, and abuse towards vulnerable groups, including migrants and women.

The mission also stated that it is looking into witness accounts of “mass graves” in the desert city of Bani Walid.

The mayor of Bani Walid, Younis al-Azozi, acknowledged that there had been abuses of migrants in the past, but said the situation had improved in recent years.

“We deny what was stated in the report … No group or organisation has visited the city for a long time and we do not know from where this group got its information,” he said.

The UN report, the second of three based on some 120 interviews between October and March, flagged grave violations against migrant women occurring in the city where the mass grave is alleged to be.

“If migrants … heard the word Bani Walid, she or he would start crying. They set fire to and burn women’s breasts and vaginas there,” a female migrant told investigators.

It is unknown how many bodies might be buried in the graves. Chaloka Beyani, one of the mission’s three members, said a newly appointed forensic expert would investigate further.

The FFM also investigated a raid on the Gargaresh area of Tripoli in early October. The crackdown resulted in the arrest of more than 5,000 people and in the detention of several vulnerable individuals, including 215 children and more than 540 women, the UN’s International Organisation for Migration (IOM) said.

Beyani said the situation for migrants in Libya was “very, very dire”, and called for technical assistance to help Libya hold the perpetrators accountable.

Alongside widespread abuse towards migrants, the UN report also focused on violations affecting the country’s democratic transition, such as the intimidation of activists, and raised concerns about secret prisons allegedly run by rival armed militias.

The findings came as Libya experienced further political turmoil, after postponing democratic elections scheduled for December. This directed fact-finding efforts towards violations, abuses, and crimes that can especially hamper the transition to the rule of law and democratic elections, the report said.

The UN found that several worrying incidents in the run-up to the planned ballot have cast doubt on the fulfilment of the obligations of Libya’s de facto authorities to guarantee freedom of expression and assembly for its citizens, including the detention by armed groups of individuals from Sirte for expressing their political views.

The FFM’s first report in October documented acts of murder, torture, imprisonment, rape, and enforced disappearance perpetrated in Libya’s prisons, which may amount to crimes against humanity.

It is scheduled to deliver a comprehensive report at the next session of the council in June.