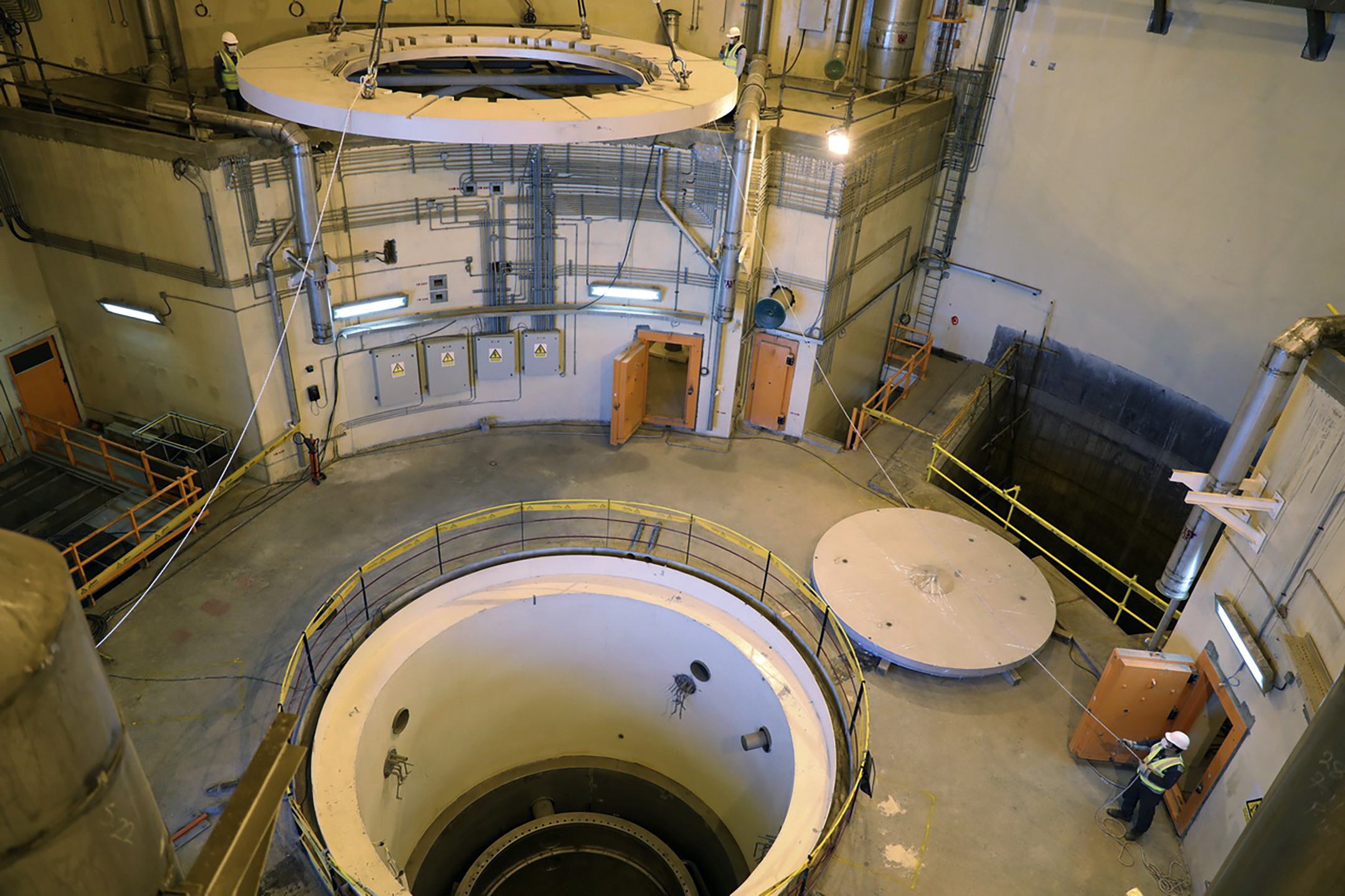 Diplomats say its ‘likely’ Iran could face a fresh resolution at the IAEA Board of Governors next week in Vienna.
The U.N. nuclear watchdog on Thursday said that Iran continues to increase its highly enriched uranium stockpile, which is just a small step away from weapons-grade.

In its latest quarterly report circulated to member states on Thursday and seen by POLITICO, the International Atomic Energy Agency said that Iran increased these reserves further since its last report in September.

More specifically, the IAEA estimated that as of Oct. 22, Iran had 62.3 kilograms of uranium enriched to up to 60 percent fissile purity, an increase of 6.7 kilograms from September.

Non-proliferation experts say that Iran’s current stockpile of 60 percent enriched uranium is sufficient for one nuclear bomb, if enriched further. Building an actual weapon, however, requires additional steps and time, as well as a decision by the Iranian regime to do so.

The IAEA report also estimated that as of Oct. 22, Iran’s total enriched uranium stockpile was 3673.7 kilograms, a decrease of 267.2 kilograms since the last quarterly report in September.

These numbers significantly exceed the limits imposed under the original 2015 nuclear deal, the Joint Comprehensive Plan of Action. While the U.S. withdrew from the deal in 2018, the other signatories to the deal, including Britain, France, Germany, Russia and China — continued to implement it. As a reaction to the U.S. withdrawal, Iran incrementally began to breach the pact starting in 2019.

Under the agreement, Iran is allowed to accumulate a total stockpile of not more than 300 kilograms and is allowed to enrich uranium at 3.67 percent — sufficient for peaceful purposes including medical aims or to fuel power plants.

Iran has long held that its nuclear program is solely intended for peaceful purposes.

On Thursday, the IAEA also cautioned that it was no longer able to verify the exact size of Iran’s stockpile of enriched uranium due to the severe restrictions Tehran had begun to impose on U.N. inspectors as of February 2021.

In June 2022, Tehran furthermore decided to remove all surveillance equipment — in total 27 cameras — that had been installed at its nuclear sites to monitor Tehran’s compliance under the 2015 nuclear deal.

In its current report, the IAEA also says that even if theoretically at some point in the future all of the equipment is reinstalled by Iran and inspectors are granted full access again, it would take the UN agency “considerable time” to re-established a baseline which would come with a “degree of uncertainty.”

“The longer the current situation persists the greater such uncertainty becomes,” the report states, adding that this situation is having “detrimental implications for the Agency’s ability to provide assurances of the peaceful nature of Iran’s nuclear programme.”

Eric Brewer, a Senior Director at the Washington-based Nuclear Threat Initiative, explained this further, saying that this is “mainly about knowledge gaps pertaining to Iran’s centrifuge production activities.”

Centrifuges are machines that spin at high speed to enrich uranium.

Iran’s rapidly growing nuclear program comes at a time when efforts to revive the original 2015 Iran nuclear deal are on ice.

The indirect talks between Iran, the U.S. and other world powers are aimed at restoring the original 2015 nuclear accord, which lifted many international sanctions on Iran in exchange for restrictions on its nuclear program and verification by the IAEA.

The talks began in April 2021 and went on for about 16 months in Vienna with several ups and downs, before collapsing at the beginning of September.

At the time, Iran asked for further guarantees that a probe by the IAEA into its past nuclear program be closed once and for all — as a precondition for Tehran re-entering the nuclear deal.

Western nations have refused this demand and said that the investigation must be completed by the IAEA and must be kept separate from the nuclear deal negotiations.

Specifically, the IAEA is seeking answers from Iran on the origin of nuclear traces found at three specific locations inside Iran and wants to know where that nuclear material is located now.

Western officials have long held the belief that the nuclear traces could be a sign of Iran having pursued a clandestine nuclear weapons program that ran until approximately 2003.

But Iran has been stonewalling the agency for three years and continues to do so.

In its second report also circulated on Thursday and seen by POLITICO, the IAEA said that Iran has still not provided explanations about the origin and current location of the nuclear traces that are deemed “technically credible” by the U.N. nuclear watchdog’s experts.

In an effort to break the ice and move the investigation forward, IAEA director general Rafael Grossi held a meeting with Mohammad Eslami, vice president of Iran and the head of Iran’s Atomic Energy Organization, in Vienna on Sept. 26-27.

After that meeting, it took Iran until Nov. 7 to send a delegation of senior officials to Vienna for follow-up talks. They ended again without progress.

Iran nevertheless committed to inviting senior IAEA officials to Tehran before the end of November to continue talking.

The second IAEA report warns Tehran that it “expects to start receiving from Iran technically credible explanations on these issues” when its experts meet with Iranian officials in the coming weeks in Tehran.

One senior diplomat with detailed knowledge of the nuclear file said it was “likely” that officials at next week’s IAEA Board of Governors in Vienna will respond to Iran’s lack of cooperation by passing a resolution criticizing Tehran for its behavior. “A lot of time has passed without any progress,” the diplomat said. “What else can be done?”

But the diplomat also cautioned that no formal decision on a resolution has been made yet and no draft text has been circulated.

A senior European diplomat agreed that a resolution is the most likely scenario. Both diplomats requested anonymity to discuss a sensitive topic.

A resolution criticizing Iran would coincide with other developments that have made a revival of the 2015 nuclear deal near impossible.

Iran’s security forces have been brutally cracking down on protesters across the country for many weeks, which has prompted the U.S., EU member states and other Western nations to impose additional sanctions for human rights abuses. The protests have been sparked by the death in police custody of 22-year-old Mahsa Amini for allegedly violating the Islamic Republic’s strict hijab rules. Iran has also been selling lethal drones to Russia that Moscow is using in its war against Ukraine, prompting further sanctions from the West.