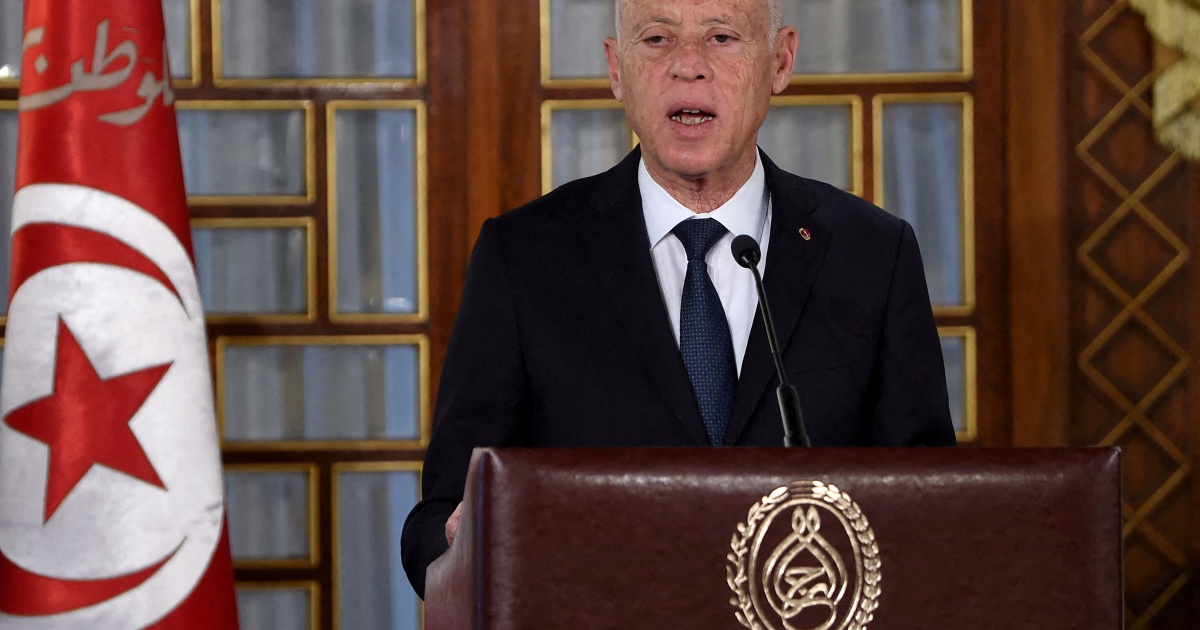 The head of Tunisia’s constitution committee has condemned the proposed constitution put forward by President Kais Saied this week, the local Assabah newspaper has reported.

Sadok Belaid, a former constitutional law professor named by Saied to draft a “new constitution for new republic”, said Saied’s version was dangerous and did not resemble the first draft proposed by the constitution committee.

Belaid said the final constitution published by the president contains chapters that could pave the way for “a disgraceful dictatorial regime”.

“…it is our duty to strongly and truthfully announce that the constitution that was officially published… and presented for referendum is not relevant to the constitution we prepared and sent to the president,” he said in a letter published by the Assabah newspaper.

The president has not commented on the constitution since he published the text on Thursday in Tunisia’s official gazette. The constitution would give Saied far more powers and will be put to a referendum next month.

On Saturday, the head of the powerful UGTT union also said the proposed constitution could threaten democracy in the country.

But the union, a major political force with more than one million members, said it would allow its members the freedom to vote as they choose on the constitution proposed by Saied.

Voters will be asked to approve the constitution in a July 25 referendum.

Saied has ruled by decree since last year, when he brushed aside the parliament and the democratic 2014 constitution in a step his foes called a coup, moving towards one-man rule and promising to remake the political system.

The UGTT said the proposed constitution preserved chapters related to freedoms and rights, but that some restrictions and the absence of guarantees could threaten these freedoms and rights and offer an opportunity to violate them.

The draft constitution published in the official gazette would bring most political power under Saied, giving him ultimate authority over the government and judiciary.

Previously, political power was more directly exercised by parliament, which took the lead role in appointing the government and approving legislation.

Under the proposed new constitution, the government would answer to the president and not to parliament though the chamber could withdraw confidence from the government with a two-thirds majority.

Saied would be allowed to present draft laws, have sole responsibility for proposing treaties and drafting state budgets, appoint or remove government ministers and appoint judges.

Speaking from Tunis, political commentator Cherif El Kadhi, said that the rejection of the proposed constitution draft by Belaid and others was out of what they described as a sense of duty towards the Tunisian people.

“There has been a drastic change with the draft propsed. Their credibility is at stake. So they may be do it [voicing their rejection] out of a scholarly or academic perspective to save their integrity rather than for political reasons,” explained El Kadhi.