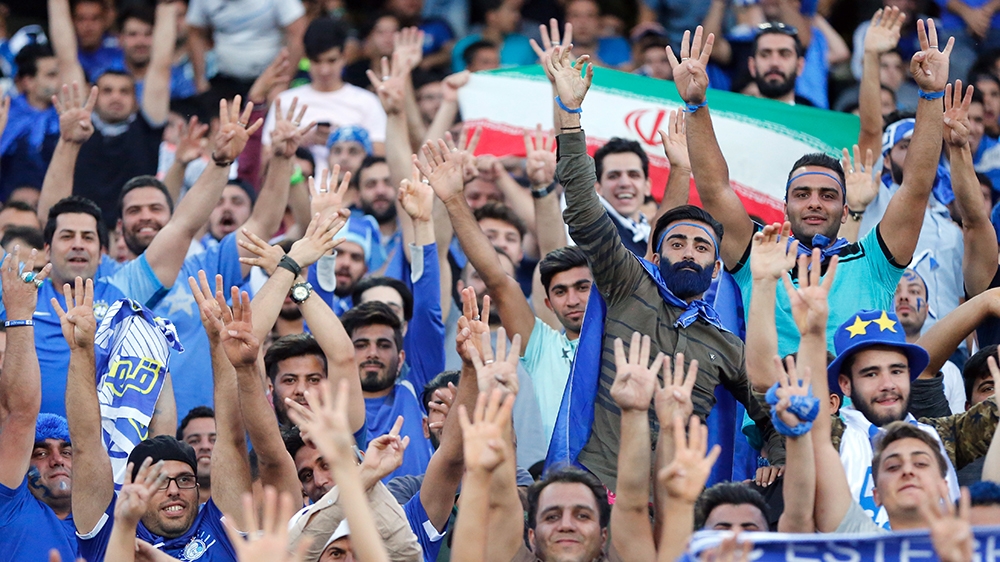 From the former government to US sanctions, authorities have tried to shift the blame.

Three major Iranian teams have been barred from participating in the Asian Football Confederation’s (AFC) Champions League and local authorities are already engaged in a blame game.

The AFC announced on Friday that 2020 finalist Persepolis, two-time Asian champion Esteghlal, and Gol Gohar Sirjan are ineligible for the 2022 tournament.

The body did not list the exact reasons, but cited licensing regulations the clubs failed to meet, which include issues such as timely submission of required documents among other things.

State-run Esteghlal and Persepolis, Iran’s two biggest and most popular clubs, had faced the possibility of disqualification for weeks, but local officials had not clarified the exact reasons either.

But after the announcement on Friday, a heated debate took place on state television as authorities tried to shift the blame.

Majid Sadri, interim CEO of Persepolis, told the late-night programme that 98 percent of the club’s documents were approved by the AFC, something that left him wondering why it was disqualified.

On outstanding Issues such as club ownership and remaining debts to former Argentinian manager Gabriel Calderon, he deferred responsibility to the former chiefs of the club and the administration of former President Hassan Rouhani.

The Rouhani government promised to privatise the clubs and offer their shares in the capital market more than three years ago, a promise that has yet to come close to reality even under President Ebrahim Raisi.

“And we also have an issue with our AFC friends,” Sadri said on Friday. “They ask why we don’t pay our debts. We have sent them over 40 letters saying we have $3.4m held with them, we will pay our debts as soon as you release the money.”

According to the official, the AFC refuses to release the Iranian money because of unilateral United States sanctions, which were imposed in 2018 when Donald Trump abandoned Iran’s nuclear deal with world powers.

Meanwhile, lawmaker Ahmad Rastineh said the parliament will conduct a review to determine responsibility, but linked the issue to “political corruption and infiltration”.

“Unfortunately there are some local individuals whose survival depends on concessions to the over-demanding global political currents and these people are inflicting heavy costs on Iranian sports,” he said without elaborating further.

The three clubs have 10 days to appeal their disqualification, but experts say it is unlikely the decision will be reversed.

Esteghlal and Persepolis will therefore be replaced by Sepahan Isfahan and Foolad Khuzestan. Gol Gohar was itself being considered as a replacement when it was disqualified.

The disqualifications could entail ramifications for Iranian football. In addition to the credibility damage, the football federation and the clubs could face penalties.

On the other hand, Iran could still face serious repercussions from FIFA, football’s governing body, over refusals to allow women into stadiums.

The longstanding issue could come to a boiling point later this month, when Iran hosts Iraq in a World Cup qualifiers match. The country is also scheduled to host the United Arab Emirates and South Korea in two more matches in February and March.

The Friday disqualifications dismayed the clubs’ millions of fans and their players. Social media was filled with posts lamenting the ban and criticising officials.

“I’m afraid to speak again and get into trouble, but isn’t it a pity that Esteghlal and Persepolis can’t participate in these competitions while having so much capital?” tweeted Mehdi Taremi, the Iranian national team’s star striker.