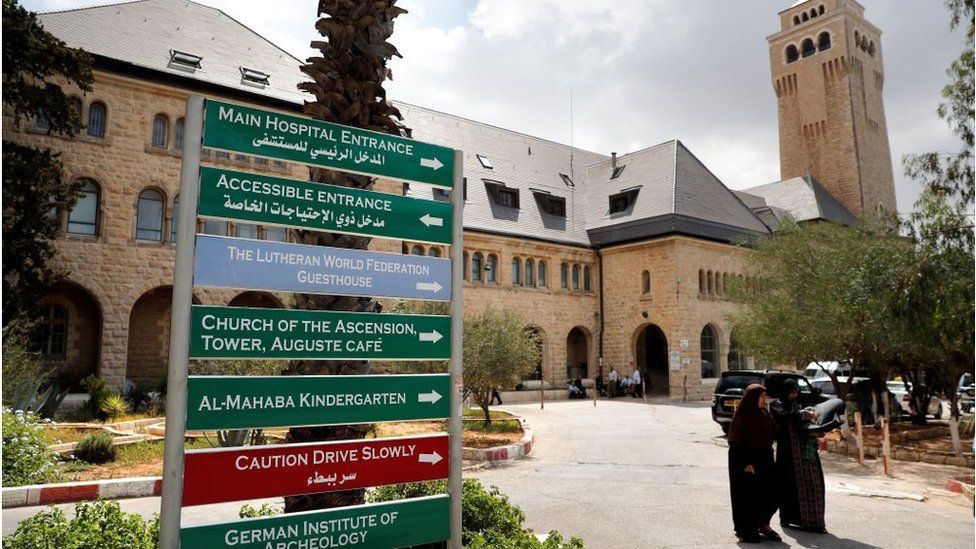 The usually bustling corridors of the cancer unit in East Jerusalem's Augusta Victoria Hospital stand eerily quiet but not because of any drop in Palestinians being diagnosed with the disease.

Instead, the main cancer centre for the occupied West Bank and Gaza Strip has been refusing new patients. Some 500 have been turned away since September 2021.

The Palestinian Authority (PA) - which is supposed to fund their medical care - owes the hospital some $72m (£55m; 65m euros). This has left it unable to afford the expensive drugs needed for chemotherapy and other treatments.

"It's the first time in our history that we've been forced to take the decision not to accept new patients," says Dr Fadi al-Atrash, the hospital's deputy CEO.

"We're facing a very critical situation where we might be forced to close some departments in future. We might have to stop the treatment of patients already in our care."

"It means that more people might die of cancer because they're not receiving their treatment on time, or according to the right schedule."

The PA says it is facing the worst financial crisis since it came into existence three decades ago.

Like others around the world, its economy has been hit by Covid and soaring inflation. However, it is also mired in problems linked to the Palestinians' decades-old conflict with Israel.

Israel withholds vital tax revenues it collects on behalf of the PA because of the payments that it makes to Palestinians in Israeli jails and the families of those killed by Israeli forces. Israel argues that these encourage terrorism, while the Palestinians see them as welfare support.

The same thorny issue has led to the US Congress prohibiting direct aid.

Meanwhile, concerns that Palestinian school books glorify violence and promote anti-Semitism have blocked millions of euros from the European Union (EU) - historically, the biggest donor to the PA. Since 2020 most aid has not been handed over.

When it comes to healthcare, it seems that the overall shortage of money is already leading to lives being lost.

Earlier this year, Salem al-Nawati, a 16-year-old with leukaemia from Gaza, collapsed at the PA Health Ministry in Ramallah, while his uncle was fighting for him to be given a hospital bed - and was declared dead soon after

Now, back at the family's home, surrounded by Salem's glowing school reports and Taekwondo medals, Jamal al-Nawati details the problems he faced. 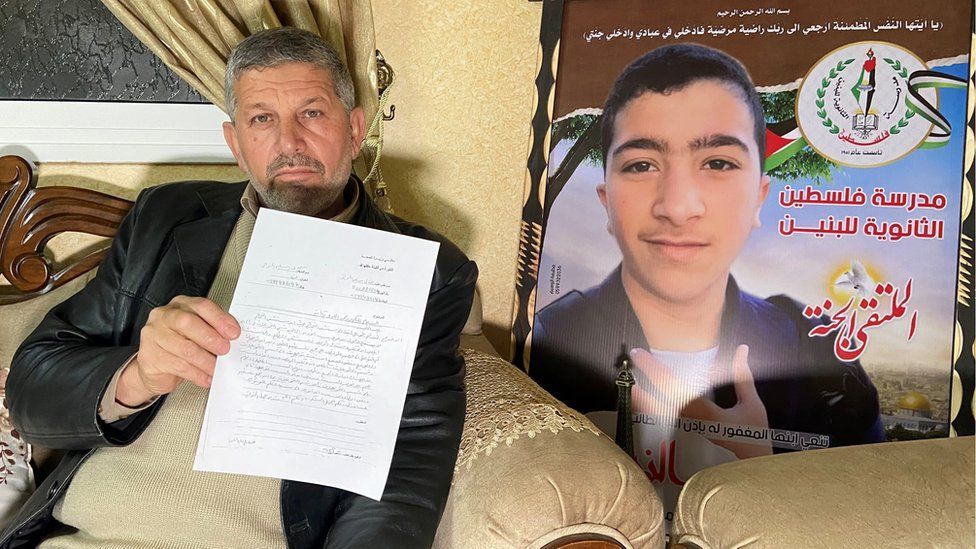 Gaza hospitals are ill-equipped to treat many serious cancer cases and without East Jerusalem as an option, his nephew was given a medical referral and PA financial guarantee to be treated in a private hospital in Nablus.

Israel - which controls access for Gazans to the West Bank - initially refused Salem a travel permit, his family says for security reasons, delaying his exit by a month. By the time he made it to Nablus, the hospital turned him away because its bills had gone unpaid by the PA.

"I was wondering what we'd done wrong, what had this poor patient ever done?" says Mr al-Nawati, recalling his feeling of helplessness.

"Salem's condition was deteriorating hour-by-hour, day-by-day. He was so sad, asking me why he was being refused treatment, and I was doing my best to reassure him."

Eventually, after an influential family friend intervened, PA officials offered to send Salem to an Israeli hospital, but his Israeli permit did not allow him to travel there. And then it was too late.

Fears for the future

Holding signs reading "We want to live", thousands of angry Palestinians have recently been demonstrating against rising prices. As in previous financial squeezes, government workers are now being paid reduced salaries.

Israel has been worried enough by the unrest to loan the PA some $185m to help prop it up, while the Palestinian prime minister brought back $100m from Algiers following visits to Arab countries. 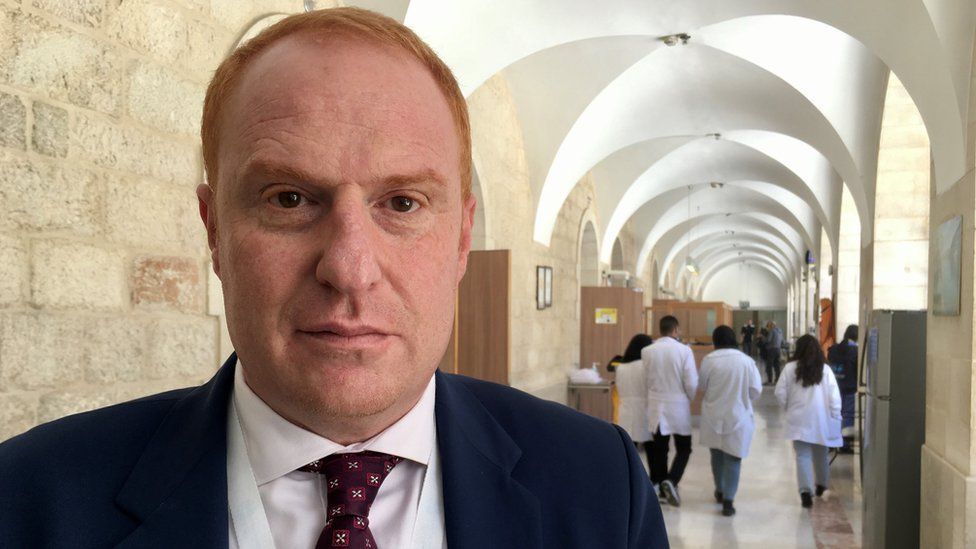 For now, the economy limps on - although international experts I talk to in Jerusalem whisper about how it's "not sustainable in the long-term".

Back at the Augusta Victoria Hospital, Dr Fadi al-Atrash has set aside his white coat for a smart suit, as he holds rounds of talks with donors and foreign diplomats, desperately seeking a solution.

"We're always caught up in international politics," the cancer specialist laments. "As a Palestinian doctor you're frustrated, because you know that if you had the means and resources, you could help your people."

"But you don't have them," he goes on. "And when I see the patients suffering, going without treatment, it's a struggle for me not just as a doctor, but as a human being."