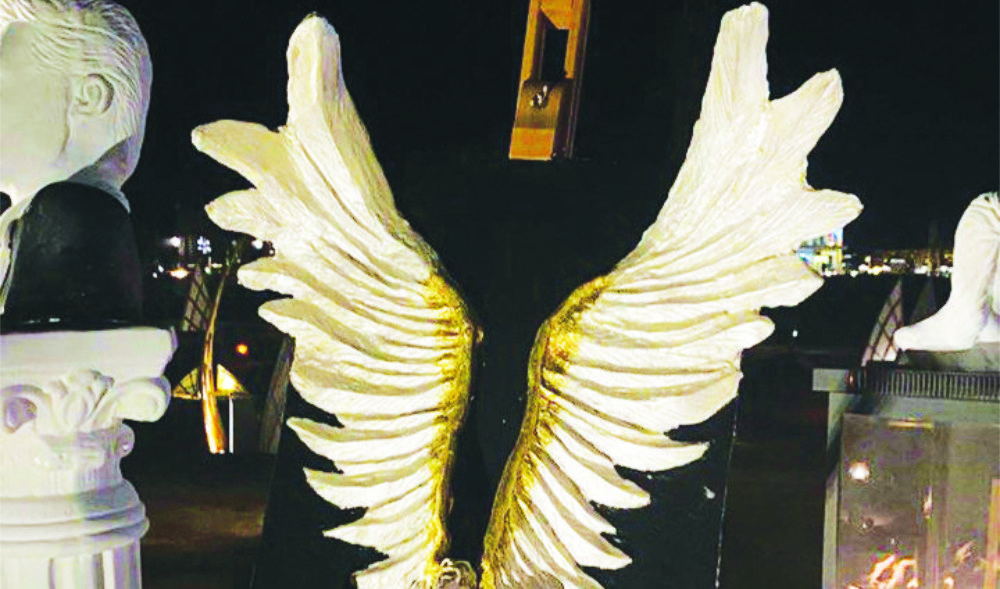 Saudi sculptor carves out a niche for himself

The work of sculptor Nasser Hawsawi has been a hit with visitors to Riyadh Oasis, one of the 14 Zones set up around the capital during Riyadh Season.

An engineer by training, the 30-year-old Saudi from Makkah has only been sculpting for about four years and is self-taught but his work has already earned praise and acclaim — and a few famous fans.

“Sculpting is an authentic art that simulates shapes, individuals, harmony, rhythm, balance, visual pleasure and various dimensions in order to reach a certain artistic depth, conveying a high artistic sense by representing the details of the human form,” said Hawsawi.

He is exhibiting his work at Riyadh Oasis in a studio that is open to visitors. He has also given a number of live sculpting demonstrations during which he created sculptures of famous Arab singers while they performed on stage, including Nawal Al-Zoghbi, Majid Al-Mohandis and Assala Nasri, and then presented the finished pieces to them at the end of the show.

“Drawing on sand dunes sparked an interest in sculpting four years ago, which led me to acquire more knowledge about the art and the precision required to carve a beautiful sculpture,” said Hawsawi. 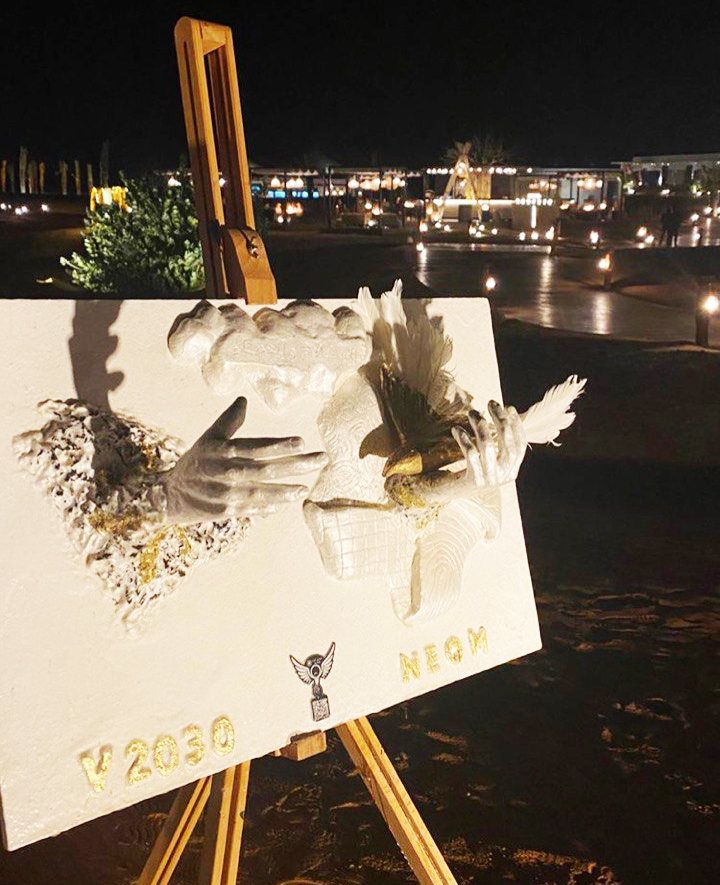 Thanks to his engineering background, he said his knowledge of the characteristics of various materials and types of soil, and his familiarity with 3D design, helped him develop his craft.

“It motivated me and made me passionate about seeing things from a different perspective that simulate the different angles of artworks,” he said.

He said that his passion for art grew to the point that he decided to leave his stressful engineering career behind to pursue his art.

“I started to feel psychological pressures from my job as a civil engineer working on the roads in the city of Makkah,” said Hawsawi.

“This pushed me to unload these pressures through drawing and sculpting with sand, clay and rocks. I was able to transform this mental exhaustion in the field of road design into an artistic explosion, through which I could breathe, while also living in its details and caring for its visual outcomes.” 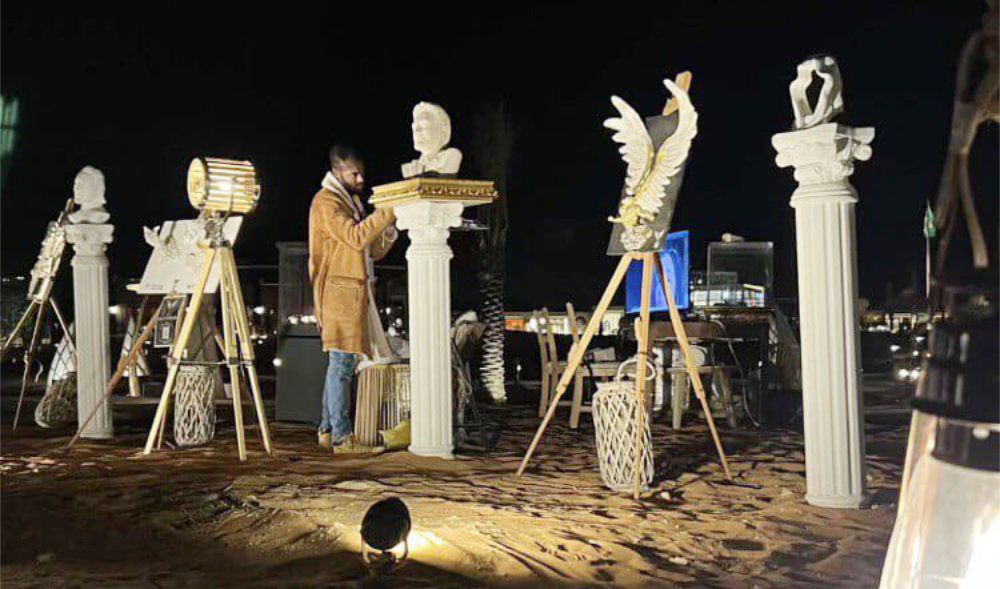 He said that his works range in price from $1,000 to $5,000, depending on size and detail. He sells them at exhibitions or through his Instagram account, which has more than 19,000 followers.

Sculptures of women require more work than those of men, he said, because they have more delicate features that demand more attention and precision.

The materials he uses are sourced from outside the Kingdom.

“I use clay, with which I have established a strong artistic bond, while also carving on gypsum,” he said.

In addition to his participation in Riyadh Season, Hawsawi has taken part in other events, including the 90th Saudi National Day celebrations in 2020 at the
King Abdulaziz Center for World Culture, under the patronage of Jeddah municipality. He also exhibited at Art Market, an exhibition at Adham Art Center in Jeddah, and Salam Ya Beirut, an exhibition at Haider Art Center, also in Jeddah.

“During Riyadh Season, I had the chance to meet the public and communicate with them,” Hawsawi said. “I also presented artworks inspired by mankind, horses and eagles.

“My philosophy is drawn from the environment and from the things I like to draw, along with the things I have witnessed and experienced.”