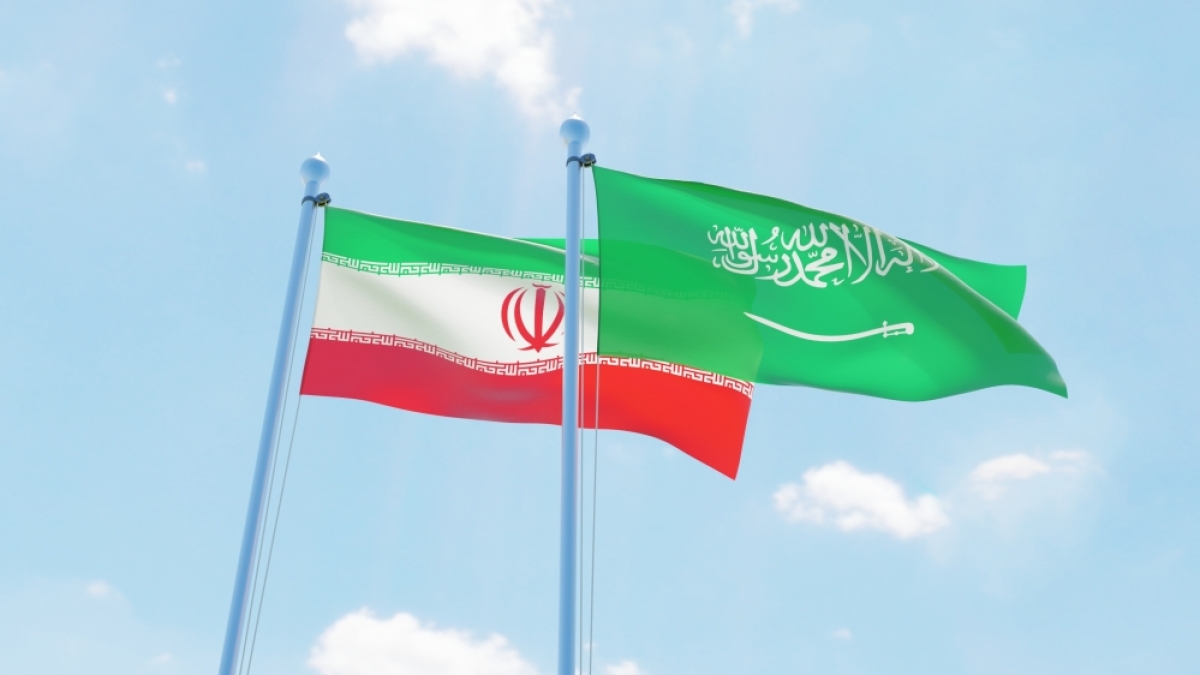 Several factors have delayed a sixth round of direct bilateral talks, which could be held at the foreign-minister level.

Saudi Arabia is open to more dialogue with Iran, according to comments made by the Iranian foreign minister after he met his Saudi counterpart in Jordan.

In an Arabic tweet published on Wednesday, Iranian Foreign Minister Hossein Amirabdollahian said he spoke with Saudi Foreign Minister Prince Faisal bin Farhan Al Saud in addition to other counterparts from the region and from France on the sidelines of an Iraq-focused conference in Jordan on Tuesday.

“The Saudi minister assured me of his country’s readiness to continue dialogue with Iran,” he wrote.

Amirabdollahian did not disclose more details, and Saudi officials have yet to comment publicly.

The two regional rivals cut diplomatic ties in 2016 after a crowd stormed the Sunni-majority kingdom’s embassy in Tehran following the execution of a prominent Shia leader.

Since April 2021, Iraq has hosted five rounds of direct talks between the two, the latest of which came in April this year. A sixth round has been anticipated for months, with speculation that it could for the first time happen at the level of foreign ministers, but there have been several roadblocks.

For one, Iraq, which has mediated between the two sides, has been undergoing its own political turmoil, with current Prime Minister Mohammed Shia al-Sudani coming into power in October following infighting that ultimately saw the Iran-backed Coalition Framework emerge on top.

On the other hand, Iran has significantly intensified its rhetoric against Saudi Arabia, accusing it of bankrolling media channels that, according to Tehran, have “incited terrorism” during the country’s unrest since nation-wide protests began in mid-September.

The apparent meeting between the foreign ministers in Jordan is a sign that neither side wants to shut the door to dialogue completely, but should not raise expectations for immediate tangible results either, according to Hamidreza Azizi, a fellow at the German Institute for International and Security Affairs.

“In such circumstances, the best outcome the two sides may achieve in the short term is to maintain a minimum of their diplomatic communication channels and try to manage the tensions. In that sense, I don’t think we should expect a new round of talks at the level of foreign ministers or any type of rapprochement.”

In the longer term, Azizi said things would depend on the domestic situation in Iran and Tehran’s relations with the West.

“At the moment, the Saudis seem to be comfortable with the fact that the Iranian government is under enormous pressure domestically and internationally and is in no rush to give any concessions for resuming normal relations with Tehran.”

Azizi said a potential direct or indirect military assault by Iran on Saudi assets would signal a “game-changer” for bilateral and regional ties.

Separately, in a speech on Tuesday, Esmaeil Qaani, the commander of the Quds Force, which is the foreign operations arm of the Islamic Revolutionary Guard Corps (IRGC), suggested Saudi Arabia was an extension of US efforts in the region.

“The main enemies are the criminal US and the Zionist regime [Israel],” he said. “The rest, like the criminal Saudi Arabia, are dregs and are not even worth being considered enemies.”

Qaani delivered the remarks during an event held to mark the first anniversary of the death of Hassan Irloo, the country’s top envoy to war-torn Yemen, who died after contracting COVID-19. Tehran had accused Saudi authorities of refusing to cooperate in time to secure his air transfer, something which they denied.

Tehran backs the Houthi rebels in the war in Yemen, while Riyadh backs the Yemeni government.

Tehran and Baghdad, on the other hand, have also seen increased tensions in bilateral relations as the IRGC has launched multiple rounds of artillery, missile and drone attacks on northern Iraq since September, in an effort to target “secessionist terrorist” Kurdish groups based there.

Iran accuses them of smuggling weapons into its territory with the aim of using them during the country’s unrest. Iraqi Prime Minister al-Sudani visited Tehran last month and met Supreme Leader Ayatollah Ali Khamenei and President Ebrahim Raisi to discuss the issue.