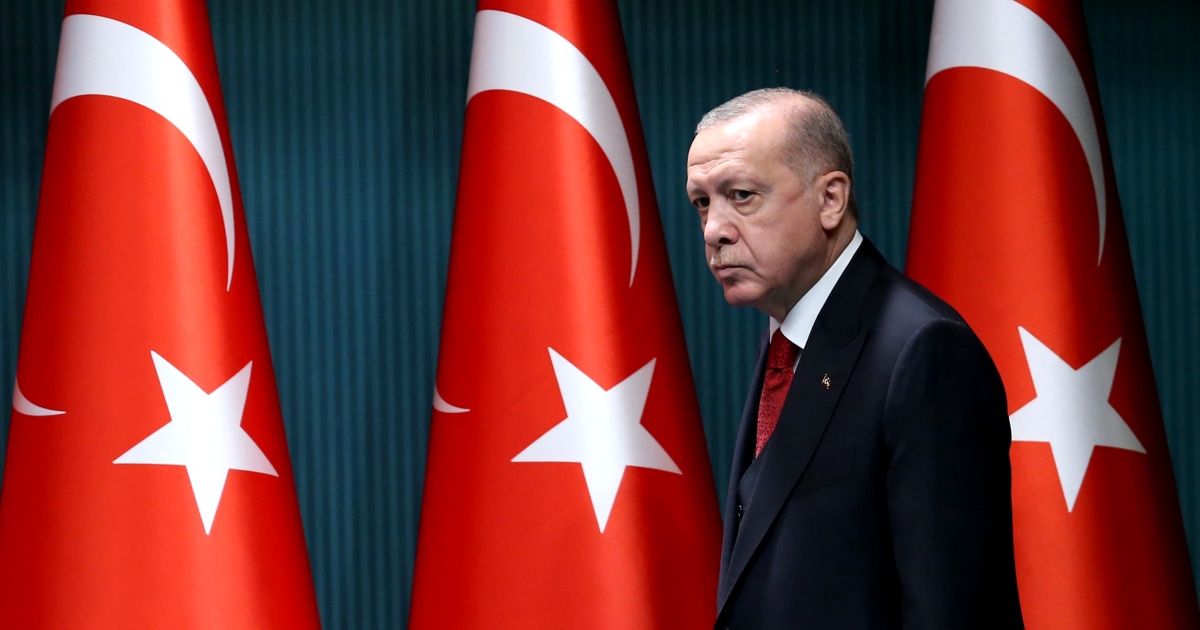 Opinion | How Turkey angered the U.S. so much that Biden recognized the Armenian genocide

For the first time in many years, Turkey's president needs the U.S. more than Washington needs him. Biden is seizing this opportunity.

It took President Joe Biden more than three months in office to call Turkish President Recep Tayyip Erdogan. That alone was a sign of the fall in status of a country that was once one of America’s closest strategic allies across the Middle East, Southeastern Europe and the Eastern Mediterranean. But much worse for Ankara was the message Biden delivered when he finally picked up the phone Friday, as first reported by Bloomberg: The U.S. government was finally recognizing the 1915 Ottoman killing of Armenians as a genocide.

Why is Biden treating Erdogan with such apparent political condescension? And more importantly, why is Biden keeping his campaign promise to recognize the Armenian genocide when none of his predecessors in the White House did so once they assumed the presidency?

Biden, of course, is not being mean. He is simply aware that for the first time in many years, Erdogan needs the U.S. more than Washington needs him. Biden is, accordingly, using this window as a lever, hoping to correct some of Erdogan’s behavior, including his anti-democratic actions and close ties to Russian President Vladimir Putin.

For years, the U.S. has seen Turkey as too important to alienate by designating its massacre of 1.5 million Armenians during World War I a genocide, despite nearly universal recognition of that description by academics and the larger American society, as well as tremendous domestic pressure for recognition from the politically engaged American Armenian community and others.

The crux of the issue now isn’t that Biden is mad at Erdogan, but rather that almost the entire U.S. government is. Many inside and outside the administration see Erdogan as an autocrat who poses a threat to U.S. interests regionally.

Where Turkey was once a beacon of democracy among Muslim-majority nations, Erdogan’s clampdown on fair elections, freedom of speech and judicial independence have repulsed Americans. Where Turkey was once a pillar of hope for an open and modern Muslim-majority society, Erdogan’s social conservatism and nativist-populist tactics have shifted the country toward intolerance and societal polarization.

Where Turkey was once so strategically aligned with the West that it became the easternmost member of NATO, under Erdogan it has routinely sparred with the organization and even thwarted it on occasion. And where Turkey was once close friends with important Middle East players like Israel, Erdogan’s reorientation toward political Islamist groups such as Hamas have burned important regional bridges.

I have tracked U.S.-Turkey ties since 2002. In the past, when a new president was elected after promising to recognize the Armenian genocide, he would immediately face a "dam" of U.S. departments and agencies explaining why the move would be a mistake, given Turkish objections.

Turkey opposes this designation because it’s concerned about its practical implications — chief among them, opening the government up to calls for reparations — as well as its symbolism. It doesn’t want to be seen as a pariah country, and at the same time it wants the large number of Turks, Kurds and other Muslims killed by Armenian-allied Russia during World War I to be acknowledged, as well.

Turkey has devoted considerable funds to lobbying at the U.S. Capitol, organized academic conferences and published books on the issue to keep Washington from changing its language. (Interestingly, and reflective of Turkey’s still-robust civil society and democratic vibrancy, the once-taboo genocide characterization is also gaining some traction in Turkey itself, much to Erdogan’s ire.)

In the past, the Department of Defense considered Turkey a precious ally and frequently served as the key building block of the U.S. government dam, making a case that ties with Ankara superseded campaign promises about the Armenian genocide. Not anymore. Today the Pentagon, which is angry at Ankara for a bevy of issues, most notably Turkey’s 2017 purchase of a Russian-made S-400 missile defense system, is no longer interested in carrying Ankara’s water in Washington.

What’s more, Congress is positioned much more hawkishly than even the Pentagon and Biden on Turkey. Many members of Congress represent Armenian constituents who have pushed strongly for recognition of the genocide. And the legislature, which has already imposed sanctions targeting Ankara’s purchase of the Russian missile defense system, wants to punish Turkey harshly for Erdogan’s many other transgressions, confusing the president with the country in my view.

Even at the State Department’s Bureau of European and Eurasian Affairs, which has traditionally dealt with Ankara, Turkeyphilia is fast going out of fashion. The overall sentiment inside the U.S. government is that Erdogan responds better to Putin-style toughness than to a warm embrace.

At the same time, Erdogan is out of options that would help accommodate the Biden administration. With his disapproval rate sinking at home Erdogan is unlikely to agree to relax his autocratic control of Turkish society, lest the already vigilant opposition surges and votes him out.

And abroad, Erdogan is simply in too deep with Putin to get out. If Erdogan were to return the S-400s to Russia, Putin could immediately impose trade and tourism sanctions, targeting Turkey’s ailing economy and further eroding Erdogan’s support base.

On the military front, Putin can greenlight an attack by close ally Bashar al-Assad on Idlib, the last rebel-held territory in Syria, sending hundreds of thousands of refugees across the border to Turkey. Ankara already hosts 3.6 million Syrian refugees. With Turkey’s economy slowing down and anti-refugee sentiment rising, even Erdogan wouldn’t be able to withstand the social and political forces unleashed by a vast and sudden increase in refugees.

Putin can also spoil tenuous cease fire deals between his allies and Turkey and its allies in Libya and the South Caucasus, further undermining Ankara’s interests, as well as creating troubles for Erdogan personally — since he thrives on his global strongman image domestically. I’ve always thought that stuck between Biden and Putin, Erdogan would pick Putin. That point of reckoning might be around the corner.

All of this leaves Erdogan in a weak position to push back against the genocide designation, which is also part of why Biden has chosen this moment to act. Erdogan faces a brittle Turkish economy. If his relations with Washington are in freefall, that can cause the Turkish economy to tank.

Erdogan now needs to reverse this dynamic by creating a narrative that he is getting along just fine with Biden. Accordingly, he has been patient even as Biden has ignored him and then drastically shifted American policy on the genocide. I have written Erdogan’s political biography and know that he can be very pragmatic, but also quite Machiavellian. I am certain that whichever disconsolate and evasive words he chooses in his response to Biden’s designation, he will be looking for an opportunity to get back at the U.S. president — once the Turkish economy bounces back.