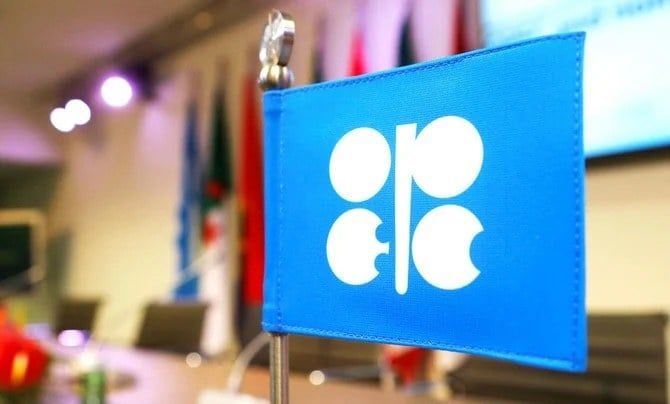 The Organization of Petroleum Exporting Countries, and its allies, known as OPEC+, has agreed to roll over its existing output policy, just a day after the Group of Seven nations decided to put a price cap on Russian energy supplies.
The decision was made at the 34th OPEC and non-OPEC Ministerial Meeting, which was held virtually, on Dec. 4, 2022.

Earlier in October, OPEC+ had agreed to cut output by 2 million barrels per day, which equals to about 2 percent of world demand, from November until the end of 2023.

Mohammed Al Suwayed, CEO of investment advisory company Razeen Capital, said OPEC+ is being cautious about committing to any production cut while the EU price cap for Russian oil is going into effect this week. "We might see a different decision by the next meeting after the assessment of the Russian oil price cap implications." He added.

OPEC+'s decision to adopt a wait-and-see approach appears to be a very well-thought-out decision, according to Hassan Balfakeih, the former chief oil demand analyst at OPEC Secretariat.

He added: "Given the growing uncertainty in the oil markets on both the supply and demand side, OPEC+'s decision to adopt a wait-and-see approach appears to be a very well-thought-out decision. Among these are the hazy price-cap policy for Russian oil, the global gloomy economic outlook, a rise in COVID-19 cases in China, and fluctuations in demand throughout the winter season in the western hemisphere."

OPEC+'s key ministers will next meet on Feb. 1 for a monitoring committee while a full meeting is scheduled for June 3-4.

On Friday, G7 nations and Australia agreed to put a price cap on Russian oil at $60 a barrel, a price higher than where Russia already sells most of its crude, ultimately aimed at maintaining Russian oil flowing to global markets.

Post the EU decision, a senior Ukrainian presidential aide said that the price cap on Russian seaborne crude oil agreed to by the G7 countries and Australia should be lowered to $30 per barrel, Reuters reported.

“This was everything that was proposed by the McFaul-Yermak group, but it would be necessary to lower it to $30 to destroy the enemy’s economy quicker,” Andriy Yermak, head of Ukraine’s presidential administration, wrote on Telegram.

Meanwhile, Russia said that it will not accept the price cap imposed by G7 countries and Australia.

Kremlin also noted that Russia will not send its oil under the energy cap proposed by G7, and added that the country is analyzing how to respond to these fresh sanctions.

Leonid Slutsky, chair of the Russian lower house’s foreign affairs committee, told the Tass news agency that the EU jeopardized its own energy security by setting a price cap on Russian seaborne oil.

He also added that the EU's decision is violating the market's laws. Amid these developments, Russia seems confident regarding the demand for its oil.

In comments published on Telegram, Russia’s embassy in the US criticized the move by the G7 and made it clear that the country will continue to find buyers for its oil.

“Regardless of the current flirtations with the dangerous and illegitimate instrument, we are confident that Russian oil will continue to be in demand,” the Russian embassy said.
#COVID-19  #Covid