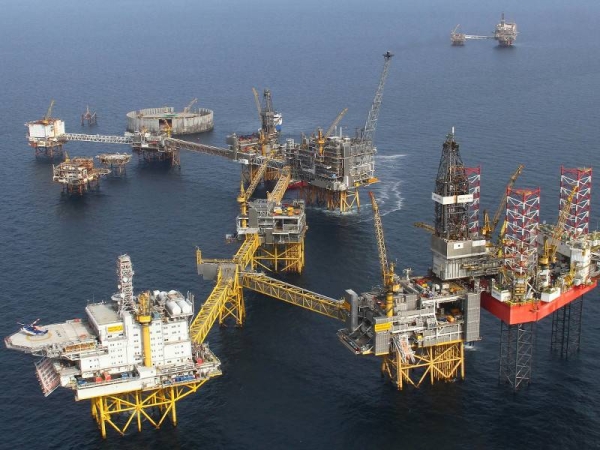 Europe's frantic search for alternatives to Russian energy has dramatically increased the demand — and price — for Norway's oil and gas.
But the continent's second-biggest natural gas supplier is now fending off accusations that it is profiting from the war in Ukraine.

Polish Prime Minister Mateusz Morawiecki, who is looking to the Scandinavian country to replace some of the gas Poland used to get from Russia, said Norway's "gigantic" oil and gas profits are "indirectly preying on the war."

He urged Norway to use that windfall to support the hardest-hit countries, mainly Ukraine.

The comments last week touched a nerve, even as some Norwegians wonder whether they're doing enough to combat Kremlin's war by increasing economic aid to Ukraine and helping neighboring countries end their dependence on Russian energy.

Taxes on the windfall profits of oil and gas companies have been common in Europe to help people cope with soaring energy bills, now exacerbated by the war.

Spain and Italy both approved them, while the United Kingdom's government plans to introduce one. Morawiecki is asking Norway to go further by sending oil and profits to other nations.

Norway, one of Europe's richest countries, committed 1.09% of its national income to overseas development — one of the highest percentages worldwide — including some €200 million in aid to Ukraine.

With oil and gas coffers bulging, some would like to see more money earmarked to ease the effects of the war — and not skimmed from the funding for agencies that support people elsewhere.

"Norway has made dramatic cuts into most of the UN institutions and support for human rights projects in order to finance the cost of receiving Ukrainian refugees," said Berit Lindeman, policy director of human rights group the Norwegian Helsinki Committee.

She helped organize a protest Wednesday outside Parliament in Oslo, criticizing government priorities and saying the Polish remarks had "some merits".

"It looks really ugly when we know the incomes have skyrocketed this year," Lindeman said.

Oil and gas prices were already high amid an energy crunch and have spiked because of the war. Natural gas is trading at three to four times what it was at the same time last year.

International benchmark Brent crude oil burst through €100 a barrel after the invasion three months ago and has rarely dipped below since.

Norwegian energy giant Equinor, which is majority-owned by the state, earned four times more in the first quarter compared with the same period last year.

The bounty led the government to revise its forecast of income from petroleum activities to 933 billion Norwegian krone (€97bn) this year — more than three times what it earned in 2021.

The vast bulk will be funneled into Norway's massive sovereign wealth fund — the world's largest — to support the nation when oil runs dry. The government is not considering diverting it elsewhere.

Norway has "contributed substantial support to Ukraine since the first week of the war, and we are preparing to do more," State Secretary Eivind Vad Petersson said by email.

He said the country has sent financial support, weapons and over 2bn NOK (about €200m) in humanitarian aid "independently of oil and gas prices".

European countries, meanwhile, have helped inflate Norwegian energy prices by scrambling to diversify their supply away from Russia. They have been accused of helping fund the war by continuing to pay for Russian fossil fuels.

That energy reliance "provides Russia with a tool to intimidate and to use against us, and that has been clearly demonstrated now," NATO Secretary-General Jens Stoltenberg, a former prime minister of Norway, told the World Economic Forum meeting in Davos.

Russia has halted natural gas to Finland, Poland, and Bulgaria for refusing a demand to pay in rubles.

The EU is aiming to reduce reliance on Russian natural gas by two-thirds by 2023 through conservation, renewable development and alternative supplies.

Europe is pleading with Norway — along with countries like Qatar and Algeria — for help with the shortfall. Norway delivers 20% to 25% of Europe's natural gas, vs. Russia's 40% before the war.

It is important for Norway to "be a stable, long-term provider of oil and gas to the European markets," Deputy Energy Minister Amund Vik said.

But companies are selling on volatile energy markets, and "with the high oil and gas prices seen since last fall, the companies have daily produced near maximum of what their fields can deliver," he said.

Even so, Oslo has responded to European calls for more gas by providing permits to operators to produce more this year.

Tax incentives mean the companies are investing in new offshore projects, with a new pipeline to Poland opening this fall.

"We are doing whatever we can to be a reliable supplier of gas and energy to Europe in difficult times. It was a tight market last fall and is even more pressing now," said Ola Morten Aanestad, an Equinor spokesperson.

The situation is a far cry from June 2020, when prices crashed in the wake of the COVID-19 pandemic and Norway's previous government-issued tax incentives for oil companies to spur investment and protect jobs.

Combined with high energy prices, the incentives that run out at the end of the year have prompted companies in Norway to issue a slew of development plans for new oil and gas projects.

Yet those projects will not produce oil and gas until later this decade or even further in the future when the political situation may be different and many European countries are hoping to have shifted most of their energy use to renewables.

By then, Norway is likely to face the more familiar criticism — that it is contributing to climate change.
#COVID-19  #Covid