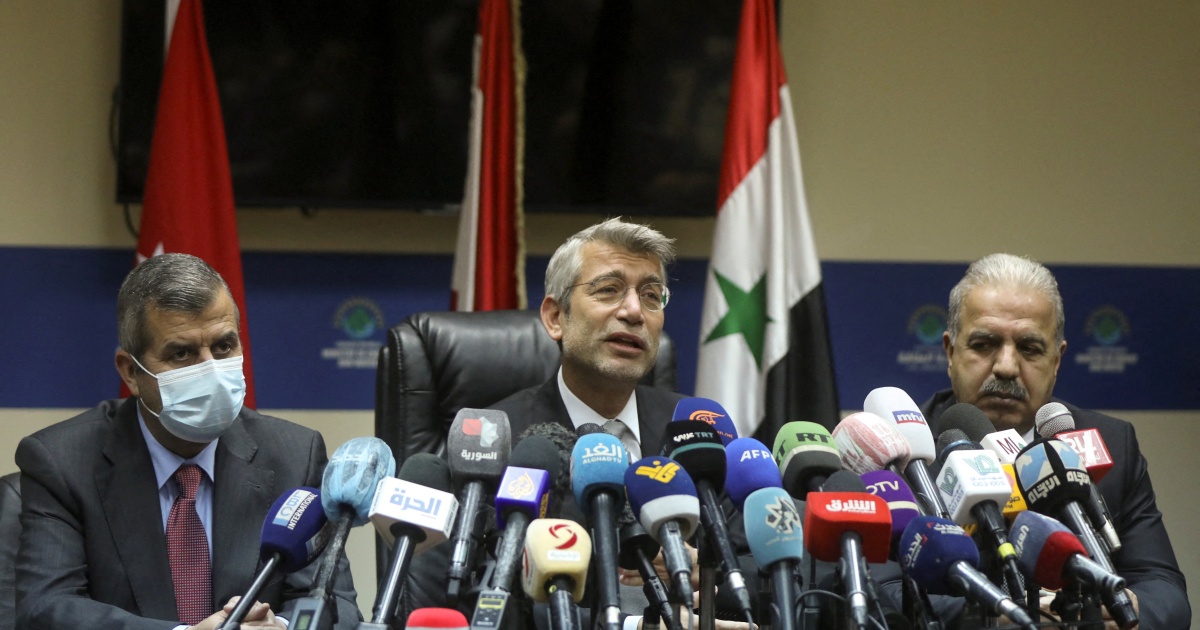 Lebanese, Syrian, and Jordanian officials have signed a deal that would supply Jordanian electricity to Lebanon via Syria in an effort to address the long hours of power outages in Lebanon.

“The Lebanese people need every hour of electricity they can get,” Lebanese Energy Minister Walid Fayyad said at the televised signing on Wednesday in the capital Beirut, describing it as a “historic moment”.
The deal will secure 250 megawatts of energy for Lebanon, suffering from an electricity crisis that has paralysed much of public life since mid-2021. People are now living with barely two hours of electricity per day, set to double once this deal comes into play in the coming months.

However, energy experts have expressed their doubts that the deal will be enough to address Lebanon’s energy crisis without restructuring the energy sector.

The country’s indebted and bloated state electricity company Électricité du Liban (EDL) is on the verge of total failure.

The project – projected to cost $200m – is funded by the World Bank, but the three leaders are still ironing out details.

The three officials also touted the project as an example of Arab cooperation, particularly given that Syria has been ostracised by other Arab nations following President Bashar al-Assad’s brutal 2011 crackdown on an anti-government uprising that soon spiralled into a devastating war.

The United States government has reassured Lebanon that it will not face any consequences for a deal that involves Damascus, subject to US-led sanctions.

Brokered by the US

The deal is one of two US-brokered deals to end Lebanon’s electricity crisis. The second agreement will see Egypt sending natural gas to Jordan, which will use it to generate electricity and deliver it to Lebanon through Syria.

Last year, Lebanon and Iraq reached a barter agreement where Baghdad would send fuel to the cash-strapped country in exchange for medical services.

Lebanon since August 2019 has been reeling from a crippling financial crisis, which has pushed more than three-quarters of its population into poverty and pulverised the value of the Lebanese pound against the dollar by more than 90 percent. The government is nearly bankrupt and continues to stall reforms to revive the Lebanese economy.

Prior to the country’s financial crisis, EDL was only able to provide about 21 hours of electricity a day. With the crisis, the government has been unable to pay hundreds of millions of dollars in advances and other measures to keep the company functioning.

Since last summer, households only receive up to two hours of state electricity every day, with families relying almost entirely on expensive private generators to keep the lights on, a situation made much worse by the government slowly lifting subsidies on diesel fuel since then.

International organisations and local experts have urged Lebanon for years to restructure its expensive and comatose utility company.

Marc Ayoub, an energy policy researcher, says deals like these without restructuring the energy sector are not sustainable solutions, that it is “just kicking the can down the road”. 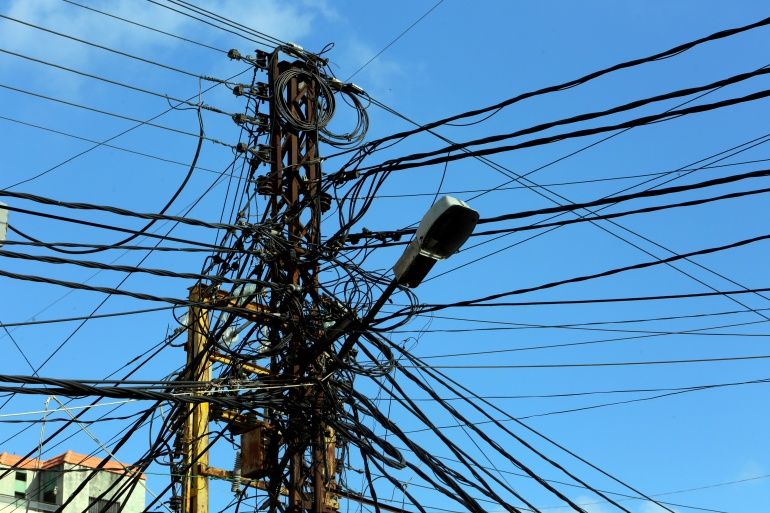 Since mid-2021, households in Lebanon have only received about two hours of state electricity a day

He says the sector needs to function independently away from political interests and sectarian power-sharing in Lebanon.

“We need to appoint a regulatory authority in EDL to remove the political hand out of energy decision-making,” Ayoub tells Al Jazeera. “With an independent authority, we can move towards gas instead of fuel, increase transparency and, most importantly, move towards renewable energy.”

So long as this doesn’t exist, Ayoub fears that officials will continue with energy policy that is expensive and ineffective and throws money at a few politically-backed fuel importers, who he calls a cartel.

Wednesday’s agreement was also a step towards a rekindling of Syria-Lebanon ties after Lebanon officially adopted a dissociation policy following Syria’s uprising-turned-war in 2011.

Syrian energy minister Ghassan Al-Zamel hopes this deal will be the first of many with Arab countries. “This is the beginning of greater cooperation among Arabs,” he said. “The Syrian government insisted on achieving this deal as quickly as possible and to implement it in record time.”
Al-Zamel is the first Syrian official

to officially visit Lebanon in more than a decade.

“Syria supports all the stages of Arab normalisation and cooperation,” Al-Zamel said.

Fayyad echoed similar sentiments. “It is really the cooperation between the Arab states that we are talking about here, that we … have suffered over the last years,” the Lebanese minister tells Al Jazeera.

“And it is time that we rebuild the work, economically and socially between all the Arab states without any discrimination.”

More than a decade later, some Arab countries have started to move towards reconciliation with al-Assad.

The Lebanese government has urged the United States to ease sanctions on Syria in order to bolster trade to support its cash-strapped economy.

“The fact these states are coming together signals the potential for cooperation in other fields, including security,” Hage Ali tells Al Jazeera. “Lebanon of course, being on the receiving end, is a second-tier player in this game.”

He believes that this is another step towards bringing in what he calls a “New Arab Order”, with the Syrian government in the picture. For Lebanon, this means greater influence from Damascus.

“Dependency for energy will have political consequences,” he says. “Now, these countries, including Syria, can cut off power or raise prices. This [deal] comes with political leverage.”